By YoungCyfer (self meida writer) | 26 days

It is very sad for a parent to bury her child especially when the child is grown up to a certain level where he or she is almost about to cater to the needs of the parent. I come to you this afternoon (18 May 2021) with sad news about a beautiful young girl found dead in the school. Please do not forget to comment, like, and share this for more after reading.

Reports reaching us have it that a young girl who is identified as Leticia Kyere Penman was found dead by some other students in a senior high school at Baakoniaba in the Sunyani East Municipal. 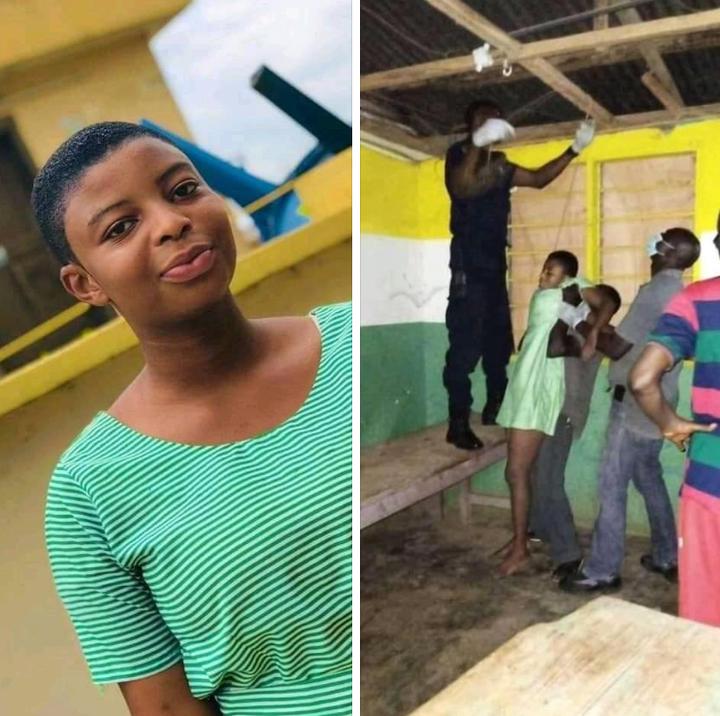 This girl according to reports was a final year student who was preparing for the final exams(WASSCE) when this untimely death of hers came.

However, The mother of the 17-year-old student who reportedly committed suicide has spoken about the painful death of her daughter.

The deceased identified as Leticia Kyere Penman was a final year student of Miracle Senior High School in Sunyani.

However, Leticia’s mother has indicated that her daughter didn’t commit suicide as reported by the school but was murdered.

According to the mother, the doctor disclosed to her that Leticia’s body had no signs which proved that she died by hanging herself.

However, in this new video, Leticia's mother was alleging that the deceased might have been murdered and hanged to cover the crime.

She stated empathically that a doctor has confirmed to her that her late daughter did commit suicide since her tongue did not stick out when she died, in addition to the fact that she did not involuntarily pass stool and urine in the suicide process.

Leticia’s mother has a strong conviction that her daughter was murdered and her body was hanged at the school’s dining hall.