Remember 9-Year-Old Boy Who Was Chained On His Neck to Die By His Father? See His Recent Pictures

Children are part of the joy of parents but not of every parent because some parents tend to turn their backs on their children after one little misunderstanding. If we sum up the number of sleepless nights that parents experience while bringing up a child, you will realise that such kids deserve good treatment because it is not easy to be a parent. Although, some kids are so stubborn to the extent that they can frustrate you to do what you are not supposed to do, but it is not a wise decision to be too wicked while trying to discipline a child because it is against human rights and can be tagged as child abuse or child molestation.

Picture of the boy outside the church: 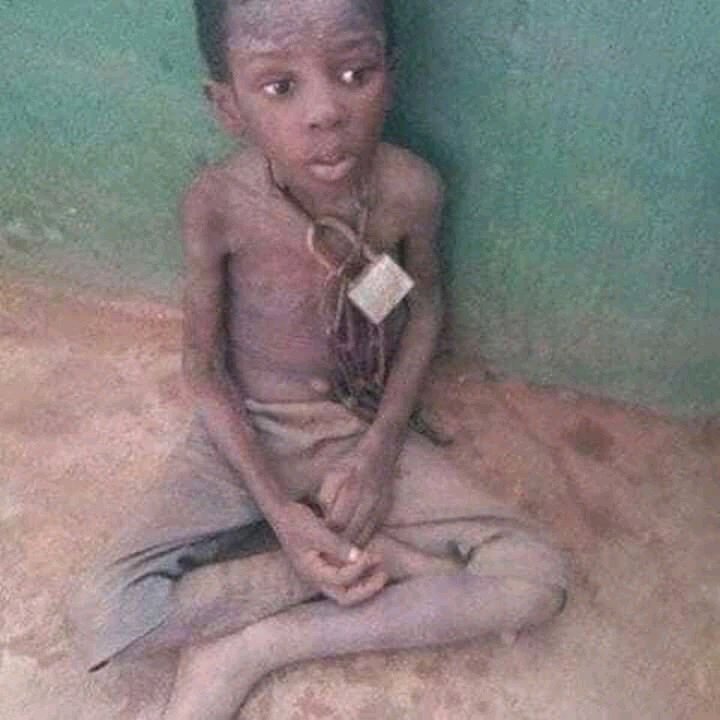 This is the shocking case of a man who decided to chain his son like an animal after he was told by his pastor that his son was the cause of all the misfortunes in his life. You may begin to wonder if the man is really his biological father, but I can tell you categorically that the man is his real biological father. The most shocking part of it is that he even chained the boy inside a white garment church in his home town in Ogun State, Nigeria.

The father said he was instructed by his pastor to chain the innocent boy on his neck for several years without giving him any food and water to eat and drink. The father and the pastor combined to take custody of the poor boy and chained him inside the church, the boy was maltreated without being given any care or attention by anybody.

When the boy was rescued by security men: 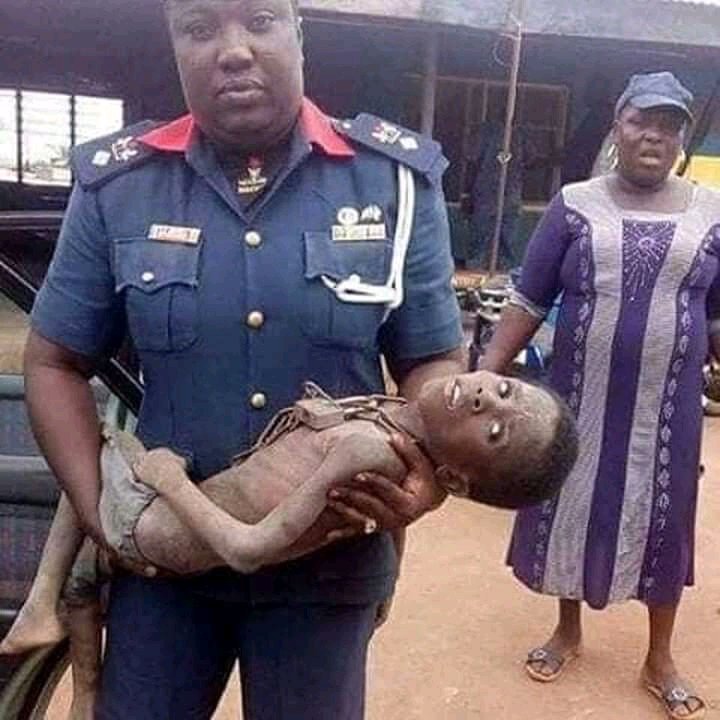 Fortunately, for the boy, some people who live very close to the church heard noises of the boy who is always in pain, and they decided to inform the law enforcement agency about the strange sounds of the boy that come out of the church. The police came and rescued the boy, his father and the 40-year-old pastor were also arrested and taken to the police station for interrogation.

When he was in the hospital with the governor's wife: 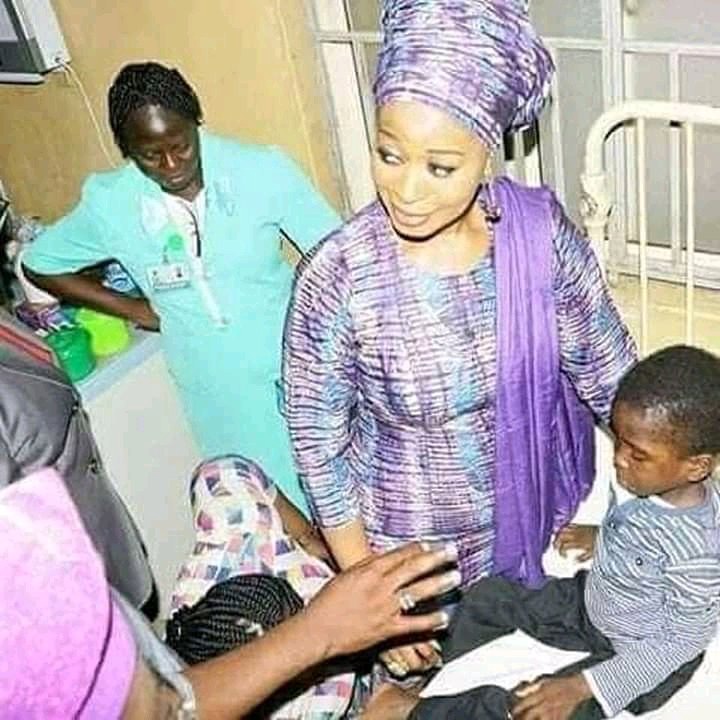 The boy was then taken to the hospital for special treatment. The wife of the governor of the State heard about the incident and decided to adopt the child. She paid his hospital bills and took him home, she promised to sponsor his education till he graduates from the university. 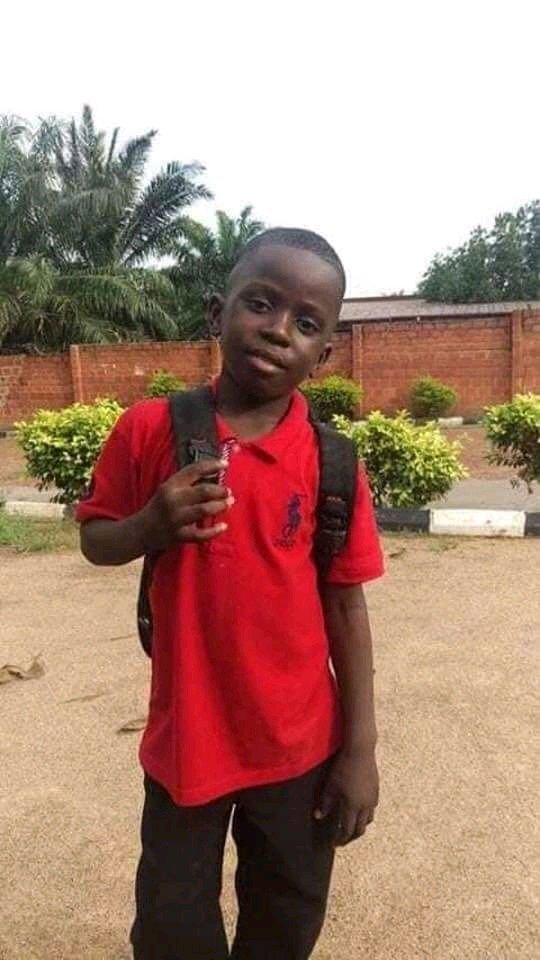 A year after he was rescued and adopted by the governor's wife, a picture of the boy surfaced online where he was looking very agile and healthy. Kudos to the governor's wife for not letting the poor boy die in the hands of his wicked father and the fake pastor.

What punishment do you think needs to be given to the father and the pastor? Your opinion matters a lot.