By HonEhEs (self meida writer) | 23 days 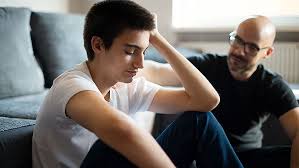 Young people have to work through a broad range of issues as they move from childhood to adulthood. They may have to deal with changes to their bodies and their feelings and they may be thinking about having their first relationship or having intercourse.

They may also be exploring their identities in terms of their sexuality or gender identity. They may want more independence from their families, and their friends may play a more important part in their lives. Some may also want to experiment with alcohol and other drugs.

Although growing up can be an exciting time, it can also be confusing and challenging. Research shows confident young people who feel supported by their families and friends are more likely to safely negotiate issues like these. However, it is important to remember adolescence is generally a time for experimenting with risky behaviors, even with good parenting and role modeling. 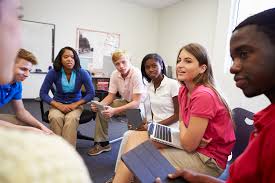 Here are a few issues teenagers sometimes experience or go through

Young people are at risk of developing a negative body image, where they dislike the way they look.

The related health problems for young people can include:

* Steroid use (to build muscle mass).

Media, including print, television, film, and online, can negatively affect young people in many ways, including:

* Exposing them to extreme violence, which can desensitize them to reality

* Supporting the cultural ideal that only thin is beautiful, which promotes body image problems

* Reinforcing the importance of money, consumerism, and status symbols.

After car accidents, suicide is the most common cause of death among young people. Research shows more young women than young men attempt suicide, but young men are far more likely to take their own lives.

In the past 10 years, the suicide rate for males aged 15 to 24 years has dropped considerably. However, young men living in rural and remote areas are more likely than those living in the city to take their own lives.

The issues young people may be confronted with include:

Pregnancy can be a positive time for a young woman, but she may be confronted with issues such as:

* Complications during pregnancy and birth

So parents and society let's rise and address these issues before our loved ones find themselves in a situation they might not get from it.