It was a total state of shock in the Pemesem township as a family held hostage, a 37-year-old man over his refusal to accept and take responsibility for a pregnant woman. Nana Kwadwo Amankwah, Nana Kay as people refer to him in the Pemesem town of the Ahafo region, was in his house this morning preparing for work when the parents of one of his apprentices, barged on him with a case. 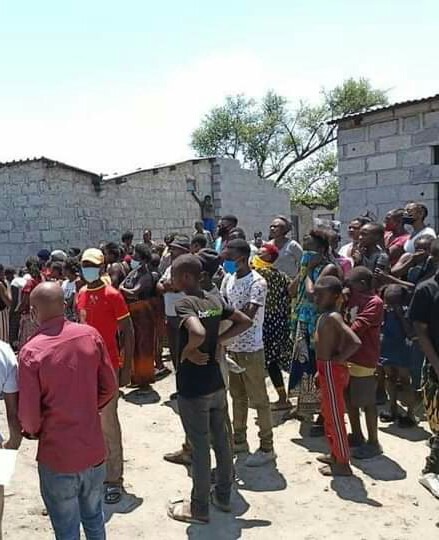 We came to see you, the father of the girl, Elder Theophilus Yamaa said before being offered a seat to sit. Together with his wife and daughter; Yaa Yamaa (the apprentice), Nana Kay offered the three a place to relax and water to drink, but the elder rejected the water, that his tongue may get wet if his mission is interpreted with water. The message on my tongue is not one in demands of water but one in demand of fairness and manliness, the elder said in his brief introduction to Nana Kay.

Nana Kay, sitting alone in his plastic chair, rejected the message and mission of the elder and his wife on the purpose that, he has never done anything with the girl in question. Your daughter, if she will tell you the truth, is just a favourite apprentice to me and nothing have been recorded between me and her before. I have nothing to hide before you and that is the truth.

If I was the man, I would have accepted it in good faith, but since I am not the person involved with it, I cannot accept it. I can't accept something that isn't mine, Nana Kay said to the elder in response to his mission that, he, Nana Kay has impregnated Yaa Yamaa. The girl, Yaa Yamaa, who stated his boss and master, Nana Kay is the father of her unborn baby, was thrown into a world of total shock when Nana Kay rejected the pregnancy in front of everyone.

You will take this because it is yours, Elder Yamaa made his mission firm as he explained to the people, of Nana Kay impregnating his daughter and refusing to accept it. Resident within the Moso area of Pemesem, where Nana Kay lives, said on low tone that, Nana Kay is responsible for Yaa Yamaa's pregnancy. Residents argued that, Nana Kay and Yaa Yamaa were mostly seen together during the night after all the apprentice had left the shop, but Nana Kay kept denying been the father of the unborn baby.

Though it hasn't been established, but it is rumoured Nana Kay rejected the pregnancy because of a France trip ahead of him. Nana Kay's wife, who found her way to France in 2015, is on the move to relocate him to France and may stop the process if she finds out Nana Kay has impregnated someone else, his apprentice. It is with that information, many think Nana Kay is standing to reject the pregnancy.

The case has been handed to the Pemesem royal home as the chief and elders of the town, got involved to break the people from arguing. Nana Kay who was held hostage by Elder Theophilus Yamaa, was allowed to go when the linguist to the Chief of Pemesem made the call for peace to prevail after the case was reported to the chief and elders of the town. 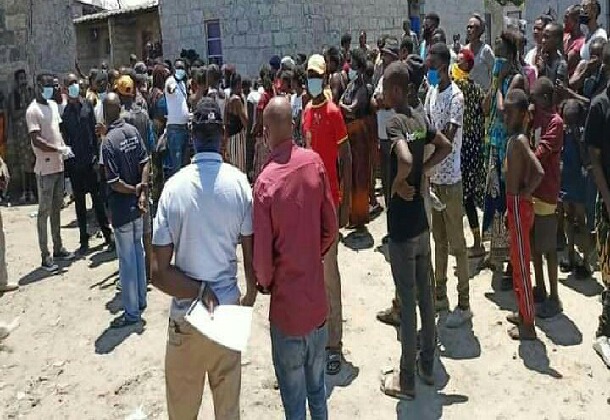 The case will be called to the Pemesem royal home on Sunday 13 December for further hearing.