By Dimaskinosnews (self meida writer) | 28 days

Please take time to read it or better still save the article to read latter thank you. My name is John Benson, a native of Agona-Wiamoase in the Ashanti region of Ghana. I met a very nice and intelligent woman called Leticia Adomaah when I was in my third year at the University of Ghana, Legon. We had lots of things in common and we liked each other very much as friends. I never told her I liked her and she too on the other side did not say such a thing. We when in school helped each other with assignments given to us. I must confess, she did much of the helping. I gave almost no help to her. She was way too brilliant than I am. She was a law student and I was business student.

Upon our graduation, I decided to tell her how I felt towards her. I gathered courage and some tips from my friends on how to whoo her effectively. So on the chosen day, I went to her hostel and as I was about to start with my yobins she told me she wanted not be separated from and wished we were more than friends. All my practiced speech abandoned me upon hearing this and stood there like the statue of Nkrumah motionless. I after some seconds came back to my senses and was like “ I wanted to tell you this a very long time ago but was afraid it might ruin the friendship we have”

She teasingly told me I was a fool and asked what if some other guy came in first? That was a question for the gods. Sometime after our graduation I got employed as the financial manager at a rental business named West Wills rentals in Accra. I was paid very well and l had a lot money for myself and my fiancé at that time. She was not called to the bars yet. I did not know what the problem was as she graduated with a Second-class upper certificate in law.

I quickly married her as I wanted no one man to turn into Usain Bolt and over take me. Just two weeks after our marriage she was called to the Bars. She most of the times after her appointment wasn’t at home but I had little problem with that as me on the other hand was a busy person. Me having a business mind got an idea of investing my cash in crypto currency and other commodities on the international markets.

That was the beginning of the end for me. Prices for my bought commodities and currencies began to fall with speed like rainfall from the skies. I in no time began loosing huge amounts of money. In other to get my money back, I went in for a loan at Ghana National Bank(GN Bank) with my Corolla S car as collateral at that time. She warned me not to apply for the loan but rather sell the car or better still take a loan from her. I was stubborn and wanted to be a man of myself. I went in for the loan for that same investment and the storyline stayed the same. I lost almost every cedi. 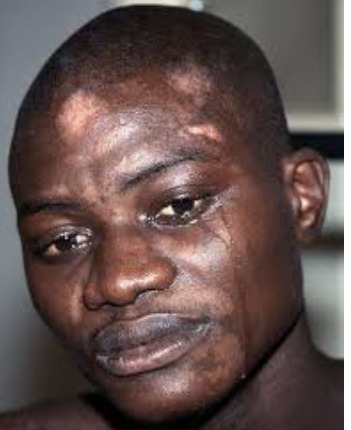 My loan payment duration was up and I no money to clear that debt. I had to let go of my car. It was like my dear Leticia was waiting for me to fall. She started treating me like a nobody she knew from no where in my own house. I had to use her car to drive to my workplace every morning. This most of the times brought about arguments between the two. In no time, I lost my job as the financial manager. This was because someone tip my boss with information about my lost funds and car. He asked me to resign for fear I might embezzle or mis-invest his money.

I was now a house husband. My wife instead of being supportive rather became the leader of people criticizing me. She said I was probably paying for the sins I have done to someone. She refused to play her role as a woman and a wife at home. She said a husband and a full man is the one who takes care of his family and since I was not able to do that, I was no longer a man and a husband in her eyes.

She started making me wash dishes and do other house chores apart from washing our clothes. She surprisingly said that was her job as a woman. I had a little relief from domestic duties. This did not last for long. She at a point in time forced me to wash her clothes that included her panties. I was so worried about that and decided to tell her mother about the situation so I went to the mother to inform her of her daughter’s behavior. She said I should.........

Please follow me for more and also comment “more” to reveal what she said and how it all ended. Do not forget to share as well.