By InfoLab (self meida writer) | 1 months

Welcome to InfoLab, a dedicated space for self-improvement. If you're new here, join the family and improve yourself everyday for free. 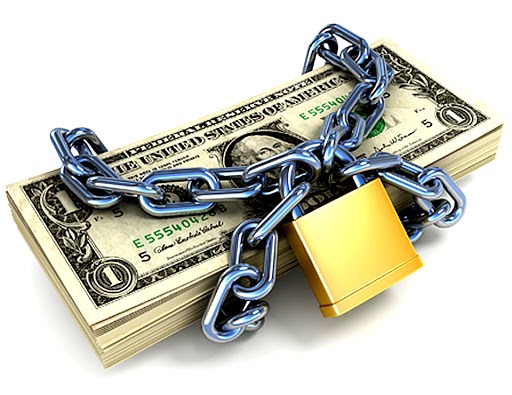 Fundamentally and not surprisingly, poor people are bad at making and keeping money otherwise they wouldn't be poor. What better way to tackle this issue than to actually give you the cheat sheet - what money-making is all about. Below are 5 things poor people don't know about making money.

1. Make Money While You Sleep or You'll Never Be Rich

Let this phrase stick in your head; as long as you're trading time for money, you’ll never be rich. Why? Because there's a limited number of hours in a day you can trade. Even if you traded all of them, you’d still hit an earning wall. Your ability to generate income shouldn’t be tied to you, don't be the machine that makes money. Build the machine that makes money for you.

Unless you take back control of your time, you'll always be poor; eight hours of your day you're asleep, eight hours a day you spend at work, two hours get wasted in traffic going to and from work and you're left with six hours in a day to eat, do chores, invest in yourself, figure out who you are, date and have a romantic life. There's realistically not enough time for all of them so what do people do? They sacrifice some of these without realizing they're actually the things that make life worth living. You're not just here to wake up, go to work and pay your bills until you die one day.

2. Ideas Are Worthless Without Execution

Everybody has ideas. You can stop anyone on the street and they'll be able to vomit one or two business ideas that they think are worth quite a fortune. Pay attention to what you're about to read and change the way you think about ideas; for as long as you live, an idea is a multiplier to your execution. Even if you have a groundbreaking idea that's worth a 100 times multiplier and if your execution is zero, you achieve nothing (because according to math 0 * 100 = 0).

Your ability to execute is multiplied by the quality of your idea, which means take any mediocre idea and simply execute better on it, that’s how you win. That's why Google crushed Yahoo and Facebook took over the social media space. The way is success comes from your ability to execute at a high level for extended periods and please don’t neglect the extended periods part, it's really important.

3. Instead Of Cutting down Costs, Focus on Increasing Income

Poor people cut coupons, they spend hours figuring out ways to save a couple of pennies. A penny saved isn't a penny earned, it's just a penny. It doesn't matter if you're worth 1,000gh an hour or 750gh. Why are you wasting two hours of your life driving to three different supermarkets just to save 10gh on some cosmetic product? The return on your time is a waste that makes no sense. People who spend their time and efforts trying to cut down personal costs could use that time toward increasing income.

If you're earning 750gh an hour and you have time to go to three supermarkets, you've got time to learn a new skill online and find a different job that pays three times that amount. Instead of wasting time cutting costs, invest that time into becoming more valuable. Why? Because there's always a limit to how much you can cut costs but there's never a limit to how much you can earn.

This might seem counterintuitive at first glance to most people but let me expand. The average person looks at this comparison and scoffs right away ‘how can 1,000gh be worth less than 100gh?’ Well, here's why; that 1,000gh is dependent on your ability to show up, to perform, to secure clients, etc. while the 100gh isn't. That 100gh will come in no matter what you do. What happens if you get hit by a car or get sick and your ability to perform goes away? Passive income also frees up your life.

Ready to have your mind blown; 40,000gh per year in passive income is worth more than 200,000gh a year with a normal job. A 200,000gh per year job will require your time, effort and attention at least five days a week. You know you'd be working weekends as well in some form or another it also chains you to a desk to a location to a country to an office for 200,000gh you'd be stressed the hell out and have to put up with a ‘shitty’ boss. With 40,000gh per year, you could live almost anywhere in the world and have 100% of the time to yourself.

Most poor people think that making money is hard but almost all of them have made money in the past and will be making money in the future. The hard part is keeping the money, not making it. Making money is no secret; you get a job or sell a product or service. That's basically your only two options but very few people know how to keep it and grow it once they have it. How many of you are spending money you don't have? How far behind the line are you?

When you're doing the math in your head and hope the people you borrowed from will just forget about it, that's why your life is the way it is. You can’t control your spending habit. Making money is one of the easiest things in the world but not losing it is actually very difficult if you don't know what you're doing. Just look at what the average person has a value at the end of their lives; at 60 - 80 years old, you're lucky if you own a house and an old beat-up car.

You might not have been one of those fortunate people who were born into a well-to-do family but staying poor is a choice.