By kingsmedia.com (self meida writer) | 14 days 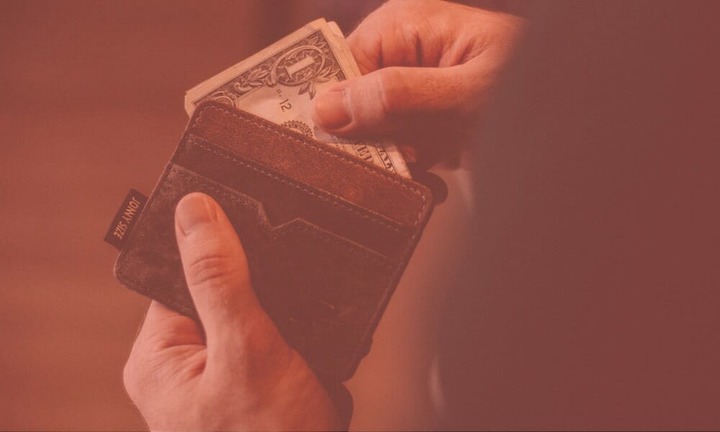 1. You Don't Pay Yourself First

"The No. 1 reason people end up poor is because they don't 'pay themselves first,'" said personal finance expert Barbara Friedberg. Paying yourself first means putting a portion of each paycheck into a savings account before divvying the rest out to cover expenses. The No. 2 cause is "paying with credit," Friedberg said.

Poverty is often generational, according to Luke Landes, a speaker and personal finance writer at Consumerism Commentary. You might be poor simply because your family always has been, "which is one of the hardest environments for making progress," Landes said.

"People who should be in good financial shape may not be, often because the decisions they make aren't aligned with their future financial needs," Landes said. "Making conscious decisions that require some thought about the future isn't as satisfying in the moment as choosing something that they perceive to have an immediate positive effect on happiness."

3. You're Not Making Savings a Priority

"In my own life, I saw the biggest financial stagnation when I wasn't paying myself first, even when I had a nice-paying job," said personal finance expert Philip Taylor of PT money. "When you get paid, make sure you are saving those first few dollars for your future."

"Do it automatically each pay period, and you're more likely to stick with it," he said. "You get ahead financially by making savings a priority."

4. You Don't Have a Money Plan

The biggest reason people stay poor, according to Elle Martinez of Couple Money, is "not having a plan for their money." "It is easy to hope that there is money left over at the end of the month, but many times, our behavior gets in the way," she said.

To curb behavior and work against bad spending habits, she suggested automating bills, saving and investing as soon as paychecks come in. "It'll cushion the blow when emergencies pop up, and you'll have something for retirement," she said.

5. You Don't Separate Wants From Needs

"People, generally speaking, have a hard time differentiating wants and needs," said Grayson Bell, personal finance blogger at Debt Round. "They use the word 'need' for almost everything they purchase, causing them to actually believe they 'have' to spend the money."

"You might 'need' a car for transport, but you 'want' the luxury model," he said. "This mentality keeps us down financially."

6. You're Investing In Stuff Instead of Yourself

Julie Rains, personal finance writer and founder of Investing To Thrive, also said that economic disadvantages play a big part in why some people are poor, but that's not the only thing holding people back. "Others might find themselves in crises because they have repeatedly underinvested in areas with long-term benefits — [such as] professional career and education, savings, investments — and overinvested and overextended themselves in other areas, such as luxury products and upscale housing."

7. You're Trying to Get Rich Quick

Too many people are looking for the quick and easy way out of poverty and are trying to get rich quick, said Jon Dulin, founder of Money Smart Guides. "Whether it be a hot stock, a job or business idea, too many of us chase the idea that we can come into extraordinary wealth overnight," Dulin said.

"Sadly, it doesn't work this way," he said. "You have to put in the hard work to become rich. We see the rich now thinking they got lucky or made it without much work. But we don't see behind the scenes at just how much work they put in to get where they are."

8. You Don't Stick to a Budget

Having a budget is personal finance 101, yet many people still don't have a budget or don't stick to one. "Many end up in financial hardship because they think they don't need a budget," said Michelle Schroeder-Gardner, personal finance blogger at Making Sense of Cents.

"No matter how rich or poor you are, a budget is almost always a necessity because it can help you figure out where your money problems are and what you can do to improve your financial situation," she said.