By Imanyoelblog (self media writer) | 2 years ago

The animal world is filled with funny looking creatures that most people have no idea about. Here is a list of some of these animals you might not know exist. 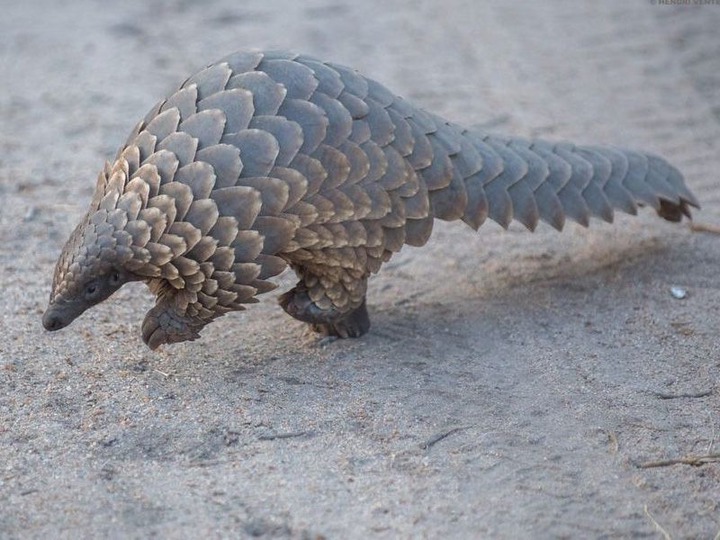 Pangolin sometimes known as scaly anteaters, are mammals of the order Pholidota. This mammal, resembles the armadillo gets its name from the Malay word “penggulin”, meaning “something that rolls up”. It is native to tropical parts of Africa and Asia. Pangolins are covered in large keratin scales for protection – the only mammal with such a feature. Pangolins are nocturnal, live in trees and live on a diet of ants and termites. 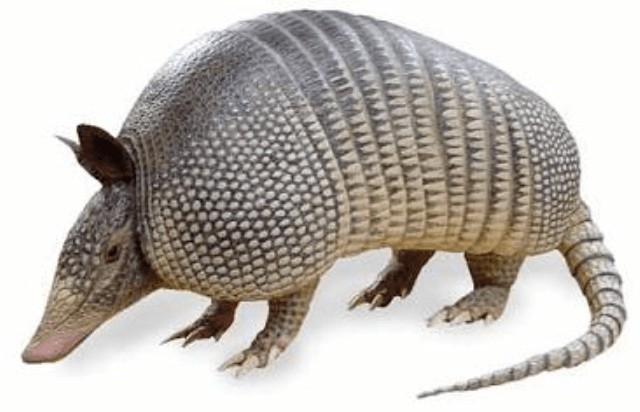 Armadillos (meaning "little armored one" in Spanish) are New World placental mammals in the order Cingulata. It lives in underground burrows and are known to sleep up to 16 hours a day. They are native to South America, and only reached other parts of the Western Hemisphere in relatively modern times.

Unlike the common bat, this species does not use radar to get its bearings, but rather relies on its large eyes and nose nose; – which explain their mammal- like faces. Their diet of fruit is theorized scientifically as an adaptation to regions and periods when insect populations were diminished. 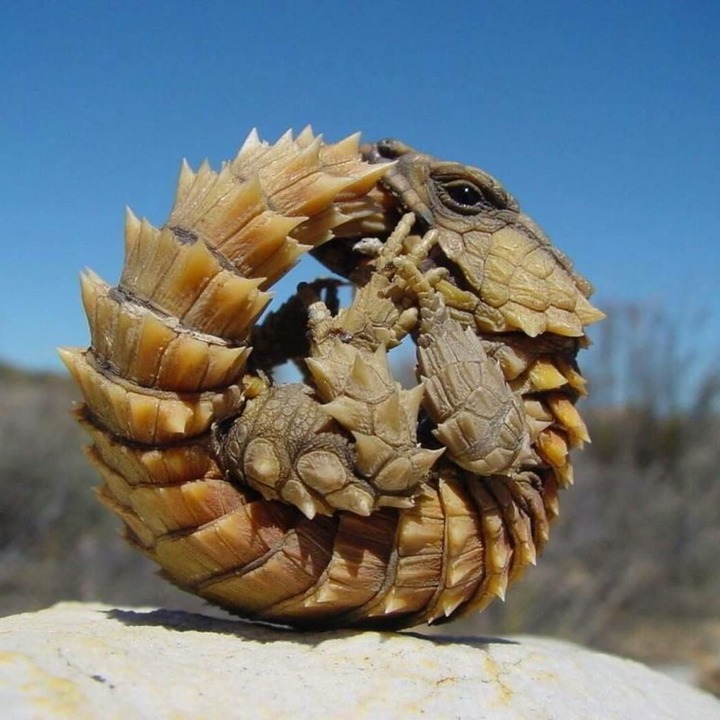 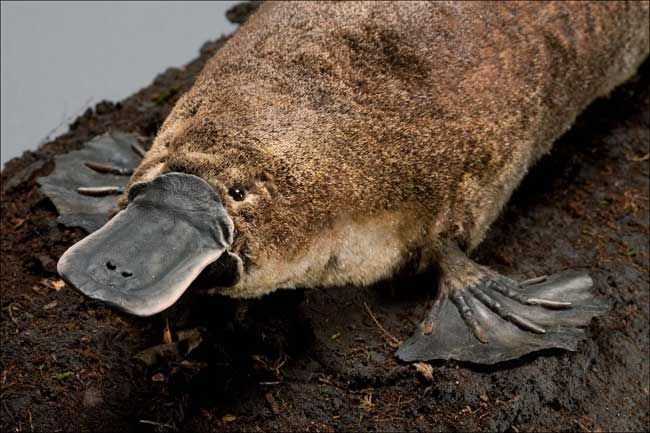 This aquatic, egg-laying platypus has a duck-like and a beaver’s tail. It also has otter-like feet and a venomous touch. It is considered an important subject of study in the field of evolutionary biology and is symbol of pride in Australia, its native habitat. 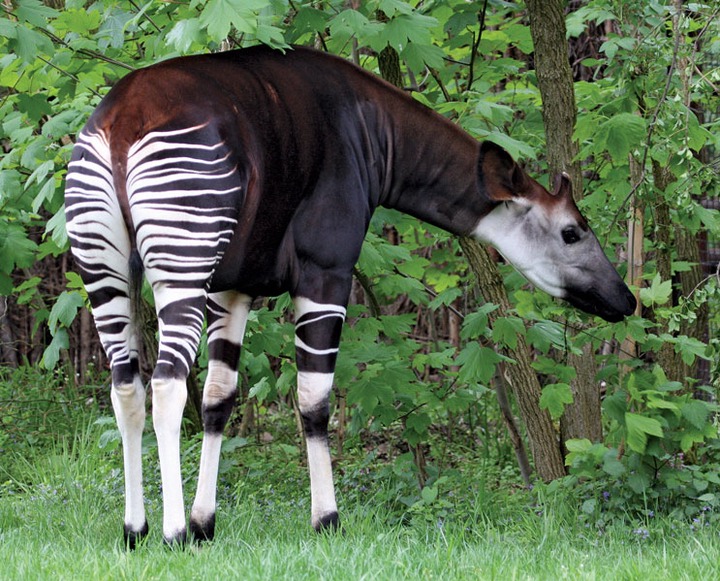 The okapi, an endangered species, is native to the Ituri Rainforest in the Democratic Republic of the Congo in Central Africa. It bears zebra-like striped markings but is actually related to the giraffe. The okapi and the giraffe are the only living members of the family Giraffidae.

The Argentinean creature, also known as the “Pink Fairy Armadillo” is adapted to desert life and is highly endangered. Its strange appearance includes silky yellowish white fur, a flexible shell and a spatula-shaped tail. 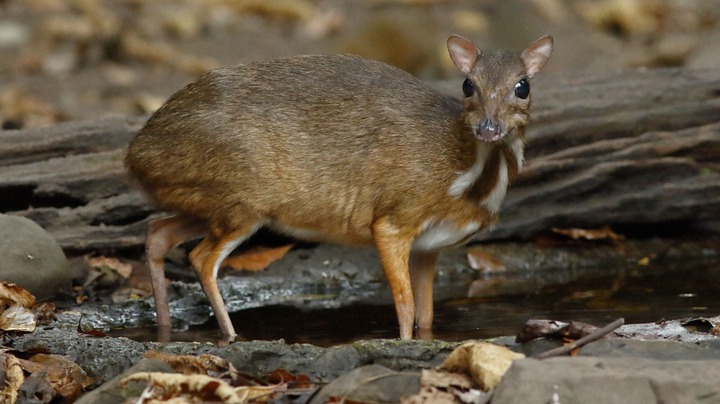 The chevrotain (French for “little goat”) or Mouse-Deer is the world’s smallest hoofed mammal. It is native to southern Asia. They make up the family Tragulidae. 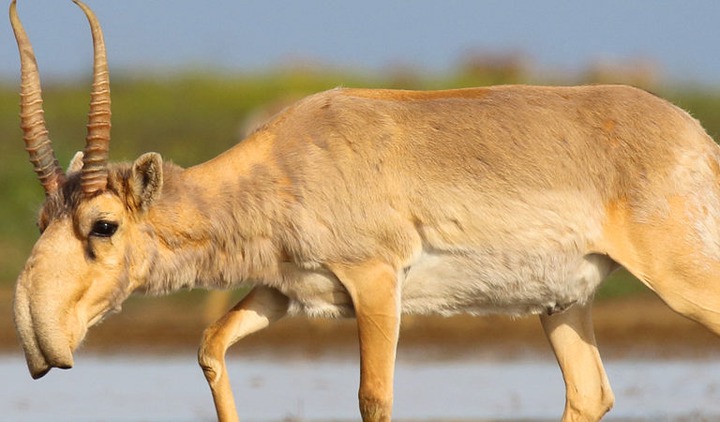 The highly-endangered saiga (a kind of antelope) population once spread from the Carpathian Mountains to China and North America but are now only found in Russia and Kazakhstan. The saiga’s unique snout helps filter out dust kicked up by its herd in the summer. In the winter, it heats up the frigid air before it is taken to the lungs. Saigas have traditionally been an important food source for nomadic people in the regions of the Eurasian steppes and Mongolia. 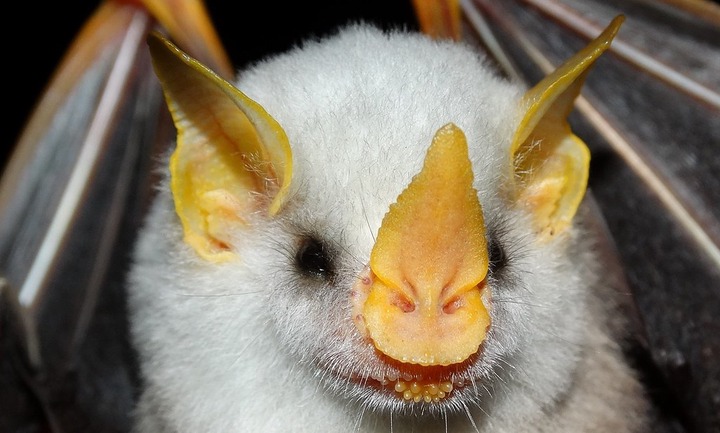 This cuter cousin of the common bat has white fur and a yellow nose and ears.

It is the only member of the genus Ectophylla. 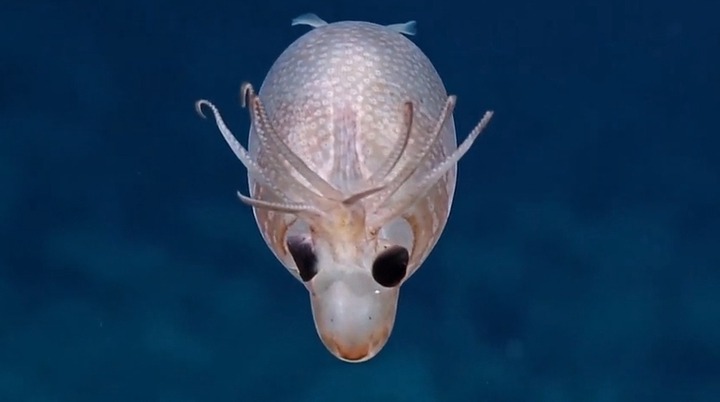 This rarely-seen creature lives deep underwater and have no relation whatsoever to the pig.

Content created and supplied by: Imanyoelblog (via Opera News )