The Cat Is Out Of The Bag, Will He Lose His Job, Did She Succeed With The Scheme: A NEW BEGINNING(8)

By Peccuy (self meida writer) | 6 days

Mr. Jeffrey had spoken to Sandra’s dad he told him Lex said his daughter was seeing someone else because her behavior had been outrageous. Immediately Mr. Johnson got home he told his wife who decided to investigate the issue.

“Madam you sent for me,” the maid asked innocently.

” I want you to tell me the truth if you lie to me and I find out, you won’t like what I will do to you ” Mr. Naomi threatened and the maid became tensed.

” Is my daughter seeing anybody,” Mrs. Naomi asked staring at the maid who was contemplating if she should tell her the truth, she knew if she told her the truth it might result in Roy losing his job, and telling her a lie means she will definitely lose her job, she was put in a tight spot.

” What are you thinking, I hope you are not planning to lie to me,” Mrs. Naomi asked jolted her from her thought.

“It was Roy! ” she drops the bombshell.

” Are you dating Roy? ” she asked as she approached Sandra, shocked by her question.

” appraaa!!!!!!!!!! ” Mrs. Naomi gave her daughter a resounding slap while she held her cheek in disbelief.

” You slapped me,” Sandra asked holding her cheek.

” And I will do it again, just know your relationship with him is over,” Mrs. Naomi said and left her daughter who was wailing.

She knew for sure that Roy will be relieved from his duty, that was the least of her problem because she knew if Lex were to find out he would definitely harm Roy, and the last thing she wanted was for Roy to get hurt because of her.

Mrs. Naomi walked up to her husband who sat on the bed, he just finished dressing up.

” Honey! How was work today ” Mrs. Naomi asked and sit on the bed close to her husband.

”Fine, what about Sandra, I haven’t seen her, “Mr. Johnson asked.

” I think she is avoiding us “Mrs. Naomi replied.

” And why is that,” Mr. Johnson asked in surprise.

” I find out that Roy is the guy she is dating, and I told her to end anything she is having with him “Mrs. Naomi explained to her husband who was dumbfounded.

"Yeah, the security guard” she answered.

” calm down,” Mrs. Naomi said and patted him on his back.

” Where is Roy ” Mr. Johnson suddenly asked after minutes of silence.

” Today is his off day, he will come around tomorrow ” she answered.

” How did you even find out “he queried his wife.

” The maid told me and Sandra did not even deny it ” she replied nonchalantly.

” Let Roy come, he will regret ever walking to the lion's den, and I want you to confiscate Sandra's phone to prevent her from informing Roy and tell Peter to make sure she doesn't leave this house,” Mr. Johnson told his wife who nodded in agreement.

Sandra could be seen trying Roy's number but it wasn’t going through, she wanted to inform him not to come to work tomorrow because she knew her mum must have informed her dad and she knew what her dad could do to him. She tried and tried but all to no avail.

Her mum suddenly walked in and grabbed her phone that was laid on the bed.

“Why are you taking my phone,” she asked.

” You won’t be needing it” her mum replied evasively and left, why Sandra kept thinking of what she is up to.

Roy woke up to find Nina beside him, he was surprised to see her naked.

” We got a little distracted” Nina answered.

” How did we get distracted because I can’t remember a thing ” Roy replied vehemently.

” Are you kidding me, you are the one that even persuaded me into the act ” she answered while Roy stared at her in astonishment.

He suddenly stared at his phone which was lay beside him. He saw 13 missed calls, all from Sandra. He quickly took his clothes and wore them without even speaking to Nina, what he came to do had drifted from his mind, his mind was clouded with thoughts of Sandra.

“Why is she calling me, “he asked himself immediately he got home he tried her number but it was switched off, he tried many times but still switch off, he had no other option than to wait for tomorrow when he will be going to work. 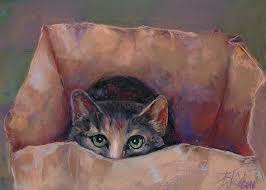