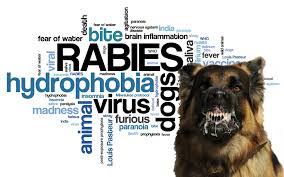 Rabies is a disease of viral origin, which can be prevented by vaccination and which affects more than 150 countries and territories. Dogs are the main source of fatal cases of human rabies and account for up to 99% of cases of transmission to humans. The infection kills tens of thousands of people every year, mostly in Asia and Africa.

The global cost of rabies is estimated at US$8.6 billion per year. Children under 15 represent 40% of people bitten by an animal for which there is a suspicion of rabies.

Immediate and thorough cleaning of the wound with soap and water after contact with a suspicious animal is essential and can save life.

It is essential to have multisectoral participation and collaboration within the framework of the One Health approach, which includes community education, awareness programs and vaccination campaigns. 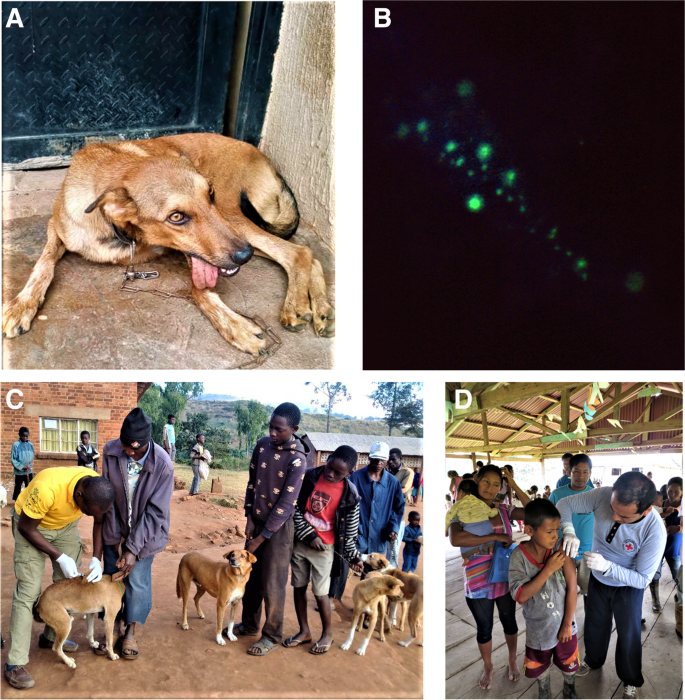 WHO is leading the United Against Rabies collaboration to bring “zero human deaths from canine rabies by 2030”.

Rabies is a vaccine-preventable viral zoonosis. Once clinical symptoms appear, rabies is fatal in almost 100% of cases. Domestic dogs are responsible for transmitting the rabies virus to humans in almost 99% of cases. However, rabies affects both domestic and wild animals. It is generally transmitted to humans and animals through saliva in the event of a bite or scratch.

Rabies is present on all continents except Antarctica, but more than 95% of fatal human cases occur in Asia and Africa. Rabies is one of the neglected tropical diseases affecting mainly poor and vulnerable populations living in isolated rural areas. About 80% of human cases are in rural areas. Although effective human vaccines and immunoglobulins exist, these products are not readily available or accessible to those who need them.

Around the world, deaths from rabies are rarely reported and children between the ages of 5 and 14 are frequent victims. Treatment after exposure, while the cost of post-exposure prophylaxis (PEP) is US$40 in Africa and US$49 in Asia, can represent a catastrophic financial burden for affected families, whose average daily incomes are around $1-2 per person.

Each year, more than 29 million people are vaccinated after being bitten. This is estimated to prevent hundreds of thousands of rabies deaths per year. Globally, the economic burden of canine rabies is estimated at US$8.6 billion per year. 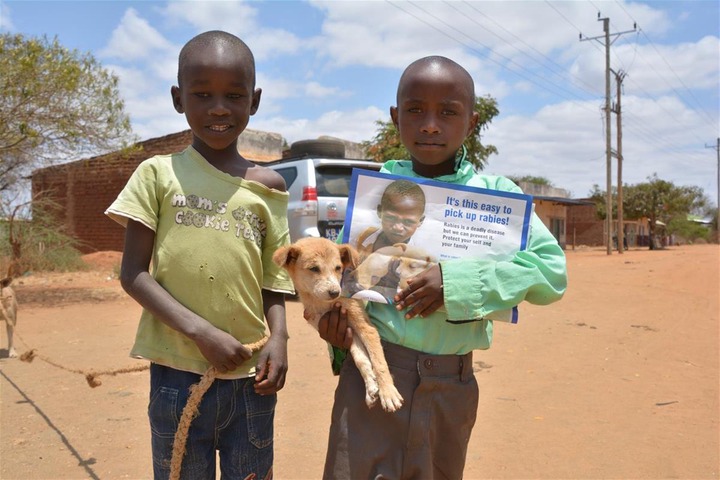 Rabies is a vaccine-preventable disease. Vaccination of dogs is the most effective and economical strategy to prevent rabies in humans. Vaccination of dogs reduces the number of deaths attributable to canine rabies, as well as the need for post-exposure prophylaxis in the care of patients bitten by dogs.

Educating adults and children about dog behavior and how to prevent bites is an essential extension of any rabies vaccination program and can reduce the incidence of rabies in humans and the financial burden of treating bites. Improving community knowledge of rabies prevention and control also means providing information on the responsibilities of pet owners, dog bite prevention and immediate care after a bite. The participation and involvement of communities in these programs allows for better understanding and dissemination of key information messages. 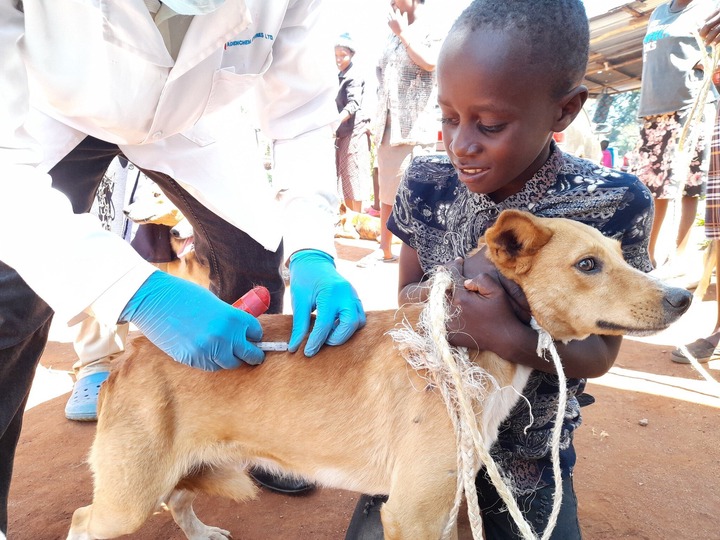 The same vaccine is used to vaccinate people after (see PPE) or before exposure to rabies (less common). Vaccination before exposure is recommended for people with high-risk occupations, such as laboratory personnel who handle live rabies or related viruses (lyssaviruses) or even certain people (such as those in charge of the fight against zoonoses or guards foresters) whose personal or professional activities may bring them into direct contact with bats, carnivores or other mammals likely to be infected.

Vaccination before exposure could also be indicated for hikers and expatriates who live in remote areas with a high risk of exposure to rabies, where access to biological products related to the disease is limited. Finally, vaccination should also be considered for children living in or traveling to these areas. When playing with animals, they may be bitten more seriously or not report that they have been bitten.

The incubation period for rabies is usually 2 to 3 months, but can range from less than a week to a year, depending on factors such as the site of virus entry and viral load. Early symptoms include fever with unexplained pain or tingling, itching, or burning sensations (paresthesia) at the site of the injury. The spread of the virus in the central nervous system leads to progressive and fatal inflammation of the brain and spinal cord. 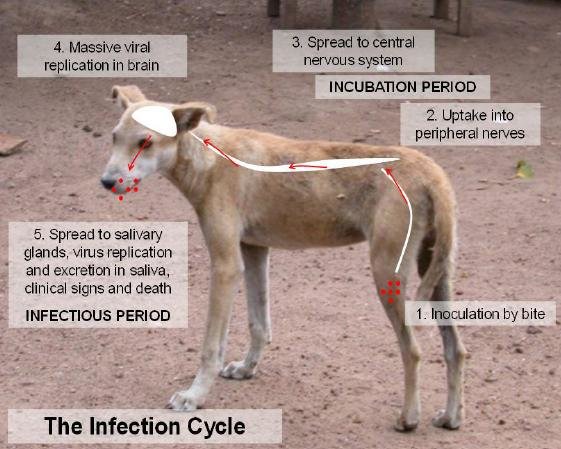 In its furious form, the subject exhibits hyperactivity, excitability, hydrophobia (fear of water) and sometimes aerophobia (fear of drafts or fresh air). Death occurs within a few days by cardiorespiratory arrest.

The paralytic form of rabies represents about 20% of the total number of human cases. The evolution is then less spectacular and generally longer than for furious rabies. The muscles gradually paralyze from the site of the bite or scratch. The coma sets in slowly and the patient eventually dies. Cases of paralytic rabies are often misdiagnosed, contributing to under-reporting of the disease. 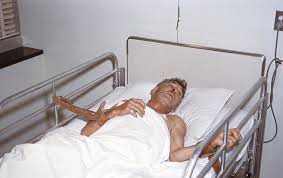 Current diagnostic tools are not suitable for detecting rabies before the onset of the clinical phase and, in the absence of specific signs of hydrophobia or aerophobia, clinical diagnosis can be difficult. Human rabies can be confirmed ante-mortem and post-mortem by various techniques detecting the whole virus, viral antigens or nucleic acids in infected tissues (brain, skin or saliva).

In humans, infection is usually the result of a deep bite or scratch from an animal carrying rabies, and transmission by rabid dogs is responsible for nearly 99% of human cases. 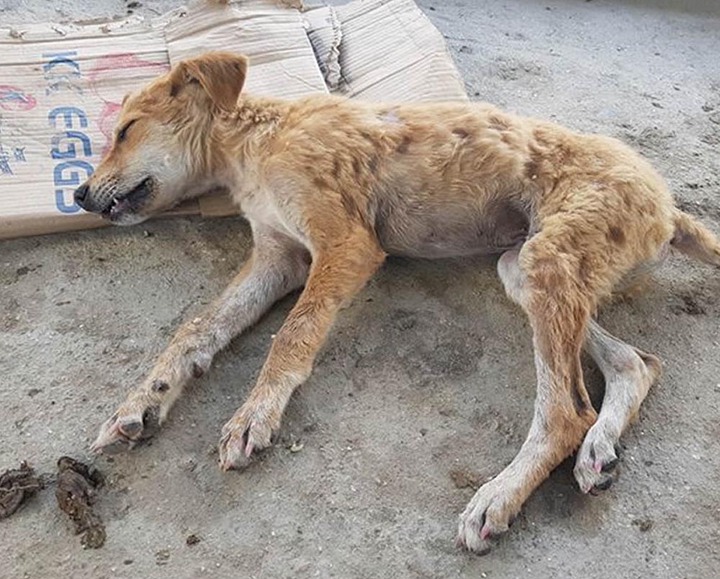 In the Region of the Americas, bats are now the cause of most human rabies deaths, with transmission by dogs having been almost completely interrupted in this region. Bat transmission is also becoming an emerging public health threat in Australia and Western Europe. Human deaths from exposure to foxes, raccoons, skunks, jackals, mongooses and other wild carnivorous carrier species are very rare and there are no known cases of transmission by rodent bites.

Transmission can also occur through direct contact between the saliva of an infected animal and human mucous membranes or a recent skin lesion. In some cases that have been described, but are extremely rare, rabies can be contracted by inhaling aerosols containing the virus or by transplanting infected organs. Human-to-human transmission by bite or saliva is theoretically possible, but has never been confirmed. The same is true for transmission to humans through consumption of raw meat or milk from infected animals.

Africa Asia US$8.6 United Against Rabies WHO