Dominion Over Fear(Fear must Bow)

By Prayempire#1 (self media writer) | 1 year ago 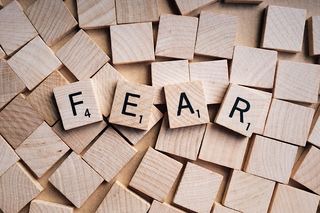 If you can eliminate fear, you can translate yourself into where God wants you to be

People who have handled fear are those that have dominated life

Until you deal with the fear factor, you’ll enjoy the laughter of satan

Fear will make you run away

Fear can be given, it’s an outside force and not from God

Life is spiritual; the spiritual world controls the physical world

Until battles are won in the spirit, you have no right to fight them in the physical

In Genesis chapter 1: God created man out of nothing to become something

In Genesis chapter 2: God formed man by using a material to give shape to what has been created

What the hand can do, words can also do

The same action that the hand can create, words that are spirits can also create those same actions

2. Fear is a subjected force

So whatever you’re afraid of, you’re subjected to that thing

Those who fear death, die early

Those who fear failure, fail faster

Those who fear to rise up, stay down

Those who fear unemployment, get unemployed

3. Fear is an invitation card

Fear is what gives satan access to people’s life

When you begin to fear, the protection of God around you begins to break for satan to bite you

When you locate the source, you can deal with the result/effect

So when you know the source of fear, you can deal with fear

What you hear and see affect what you believe

When God speaks, He doesn’t speak based on your problem, He speaks based on the solution

When you judge yourself based on your current condition, you can’t go to your future destination

Anytime you walk on what God says you should walk on, you can’t be walked over

What you don’t resist, persists

Whatever you don’t stop, stop you

Whatever you tolerate, dominate

Whatever you don’t confront, stands infront

Fear has no respecter for persons or titles but capacity

The moment you discover truth, truth empowers you

It’s the knowledge of the truth that gives freedom

If you’re blaming witches, you lack foresight but when you discover you have authority over them, you have insight

Faith comes by hearing the Word of God

Fear comes by hearing the words of satan

A lie is anything God didn’t say

Anytime you believe a lie, you empower the liar

According to Scientists, the moment you begin to imagine, the mind sees it as real though it hasn’t come to pass

The pictures you believe is the future you feature

The purpose of imagination is to alter your expectation

If the devil can alter your conviction, he can determine your manifestation

You don’t change thoughts with thoughts but with words

The greatest attack on fear is not silence but words

A silent Christian will suffer

Whatever you imagine, you capture

Whatever that doesn’t cross your imagination, doesn’t happen in your expectation

Whatever wrong thing I’ve been thinking in my imagination, I have authority over fear

Every negative imagination, I enforce as I declare that it has ceased

Content created and supplied by: Prayempire#1 (via Opera News )