By Mrexclusive (self media writer) | 2 years ago

Supporters of occupant Member of Parliament (MP) for Asante Akim, Andy Appiah-Kubi and Kojo Baah Agyemang, a previous MP for the region, have supposedly conflicted at an enlistment station in the territory. 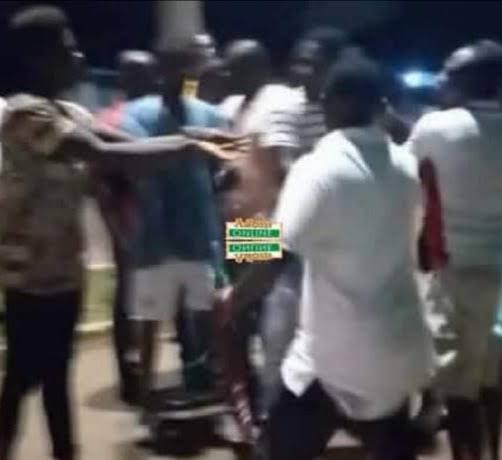 The tussle between the two restricting groups is accounted for to have occurred at the Agogo registration centre.

It is muddled how the issue grew yet the showdown between the two groups brought about a weapon fight between cops and an unidentified man presumed to be a supporter of Mr Kojo Baah Agyemang.

Concurring Adom News' journalist Isaac Adomako, the unidentified supporter of Mr Baah Agyemang was pursued to his habitation where the weapon fight between him and the police took place.

He, nonetheless, figured out how to escape from the grasps of the police and is as of now on the run.

As per Isaac Adomako's report, an 'okada' driver getting back in the wake of a monotonous day's worth of effort was hit by a stray bullet shot from the weapon fight and is right now being treated at the emergency clinic.

Watch the video below for more:

Content created and supplied by: Mrexclusive (via Opera News )

World Cup: Messi's Argentina (1) Down After A Defeat By (2)Saudi Arabia