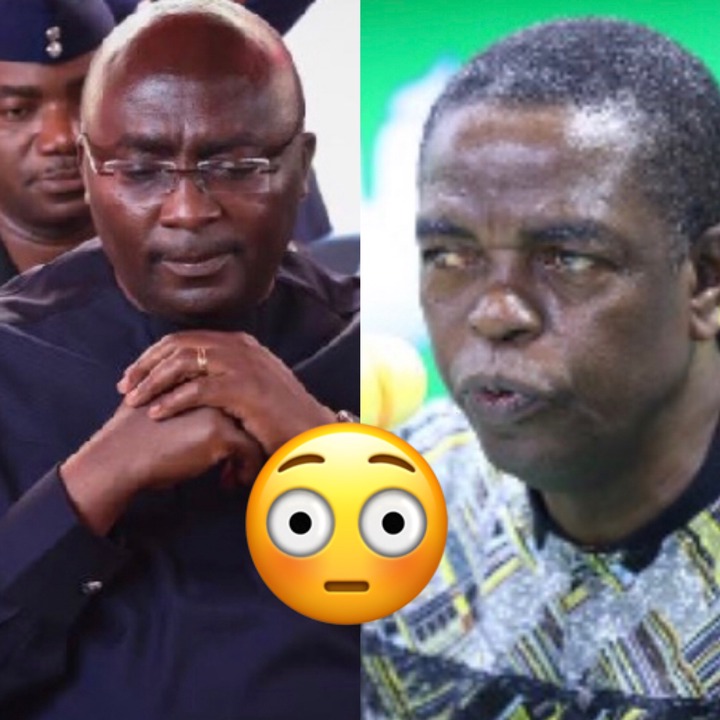 The popularly known Ghanaian broadcast journalist has recently sparked massive stir, debates, and arguments across all social media platforms after he boldly sent another brilliant message to Bawumia aside revealing another ‘hot’ secret about NPP’s upcoming primaries.

Speaking on the most anticipated “Good Morning Ghana” show with host, Dr. Randy Abbey, Kwesi Pratt unexpectedly refreshed that, the Alan-Bawumia ticket won’t work against the NDC’s John Mahama and hence Bawumia should be vigilant since Alan Kyeremateng has an upper hand to win both the primaries and 2024 elections against John Mahama. 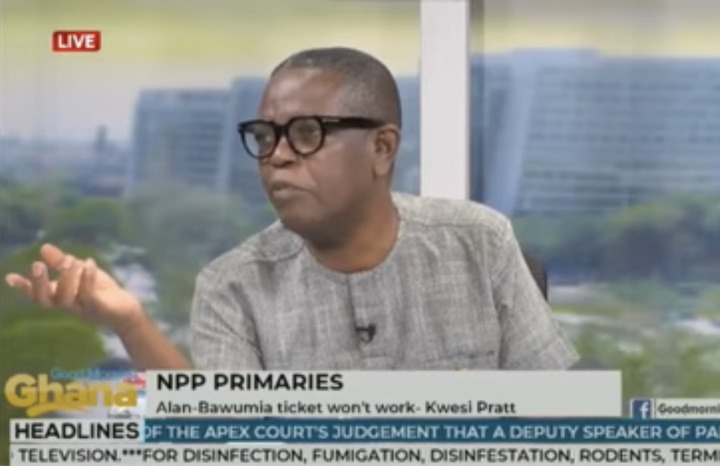 “The Alan campaign is winning the primaries. Most of the scientific surveys o have seen point to Alan's victory. The pools are showing that, with a straight fight against the former President, John Mahama, Alan Kyeremateng has the urge. He will perform better than Dr. Bawumia. Whoever wins the primaries, the NPP needs a united party to prosecute the agenda. It doesn’t matter whether it is Bawumia or Alan. What is happening now within the party is far worst than anything I have seen in the past”Kwesi Pratt emphatically revealed.

Do you think that, the Alan-Bawumia ticket won’t help the NPP ‘break the 8’ as claimed by Kwesi Pratt even though most individuals agreed otherwise?

Do you think that, Alan Kyeremateng is a better candidate to helping the NPP ‘break the 8’ as compared to Dr. Bawumia as highlighted by Kwesi Pratt even though most individuals claimed otherwise?

What are your thoughts after Kwesi Pratt sent another brilliant message to Bawumia aside revealing another unexpected secret about the NPP’s primaries even though most individuals claimed otherwise?