Opinion: Five Ghanaian Ministers who need to be President at all cost, one in 2024 (Read more)

By Ghana'sthirdeye | self meida writer
Published 26 days ago - 17356 views 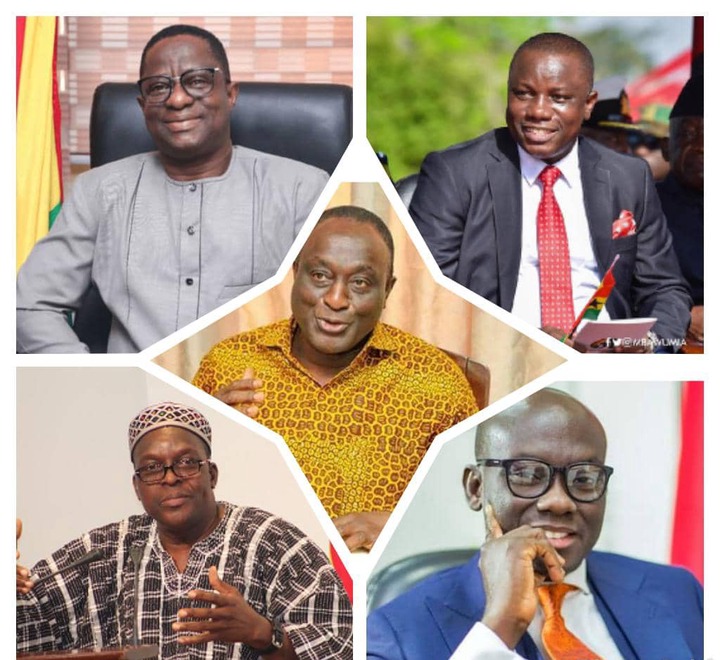 It appears that many Ghanaians have already zoomed into 2024, desperately bidding their respective presidential candidates, particularly in the New Patriotic Party.

While a group of Ghanaians are eagerly and highly concerned about the just released 2021 Budget of the Nation, others can't resist any argument regarding who actually deserves the 2024 presidential seat.

It's a very critical and dicey issue worth wisely analyzed else our choice of presidential candidate can send the country to an unknown destination.

Undoubtedly, no president has been able to so far attain the highly competitive visionary standard set forth by late President Osagyefo Dr. Kwame Nkrumah. Though late president Jerry John Rawlings fought through various just and fair means to transform the economy to an appreciable level, it's still not yet close to the "Kwame Nkrumah" standard.

Another president worth remembering and commending is late Professor John Evans Atta-Mills. His developmental impact while a president was in a way deeply and heartily felt by many Ghanaians.

This however strengthens the argument as to whether personality should be considered over popularity and party decision or a combination of both.

Over the years, we have been facing a 'taken for granted' but a very troubling issue that hugely deprives Ghana of her needed growth, progress and development.

Blind politics is really eaten our rich economy up, and gradually bringing it towards the zero point, and most critically to a negative mark.

It appears that millennial politicians are in a halfway through their agenda of deceiving innocent voters, and depriving them of their progress as citizens.

It's so heartbreaking that after implementing recovery programs to mitigate the impact of the Coronavirus pandemic on the Ghanaian population, you come back and 'disrespectfully' declare that same citizens are required to pay for those developmental investments.

The status quo needs to be hastily and immediately changed in order to have a real feel of the freedom we had some 64 years ago.

In this article, the writer has carefully selected some bold, reliable, credible and patriotic individuals who are capable of changing the status quo, for a better progressive nation. 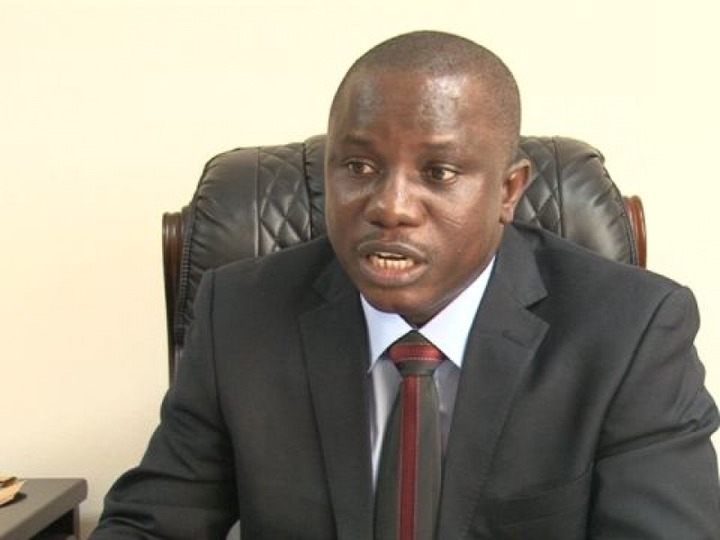 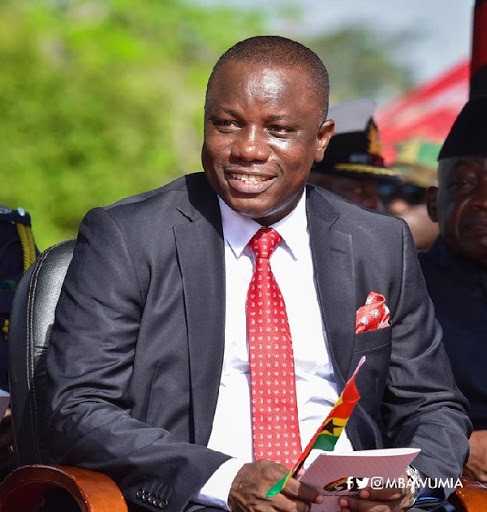 Born on November 4, 1977 in Ghana, Hon. Dominic Aduna Bingab Nitiwul has since 2017 been a member of the Pan-African Parliament.

Nitiwul formerly served as the Deputy Minority Leader of Parliament from 2012 to 2016.

He currently serves as the member of Parliament for Bimbila Constituency in Ghana's Northern Region as well as Minisiter for Defense of the Fourth Republic.

He is also the man behind the rigorous fight against illegal mining in the country. More practically, Nitiwul designed programs to drive out miners, set out the best way of mining and as well put in place adequate measures to restore our degraded lands.

Among the committees he has served on include Business Committee, Appointment Committee, Youth and Sports Committee, Roads and Transport Committee, Education Committee, Finance Committee as well as the Monetary and Financial Affairs Committee.

After earning his certificates in Conflict Prevention and Conflict Management in 2003 and 2005 respectively from the International Academy for Leadership, he further obtained a Master of Business Administration in Finance from the University of South Wales.

Nitiwul also holds a Master of Laws Degree in Corporate Finance from the University of Westminster.

He is happily married with five children. 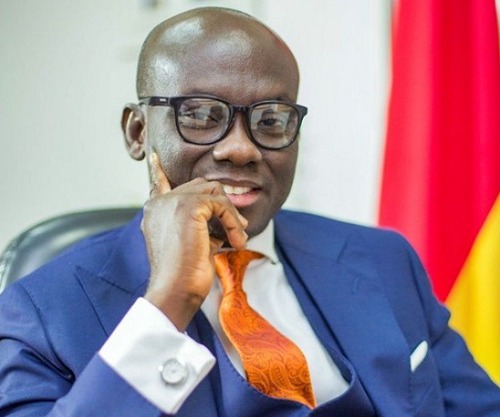 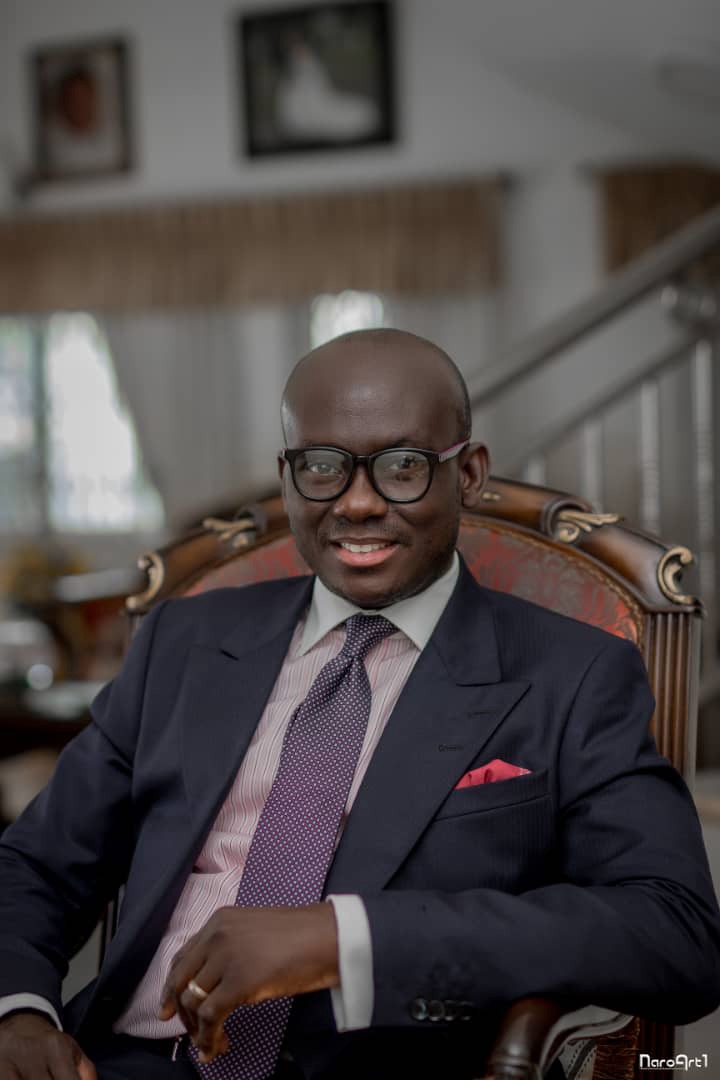 Born on June 5, 1979 in Ghana, Godfred Yeboah Dame, Esq served as the Deputy Attorney-General and Deputy Minisiter for Justice of the Fourth Republic from 2017 to 2021.

He is however currently serving as the Attorney-General and Minisiter for Justice.

After obtaining his first degree in Law from the University of Ghana, Legon, Dame proceeded to the Ghana School of Law for his Professional Certificate. 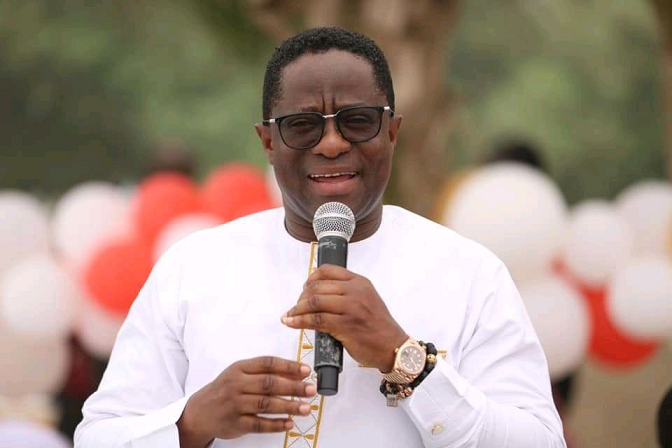 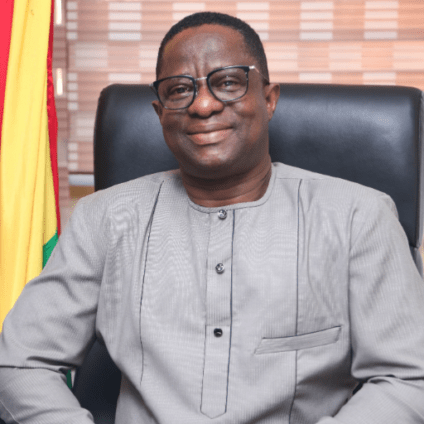 He is currently the Member of Parliament for the Hohoe Constituency as well as the Minisiter for Railway Development.

Peter Amewu also holds a Postgraduate Degree in International Energy Industry Management as well as a Master's Degree in Petroleum Law and Policy from University of Dundee, United Kingdom. 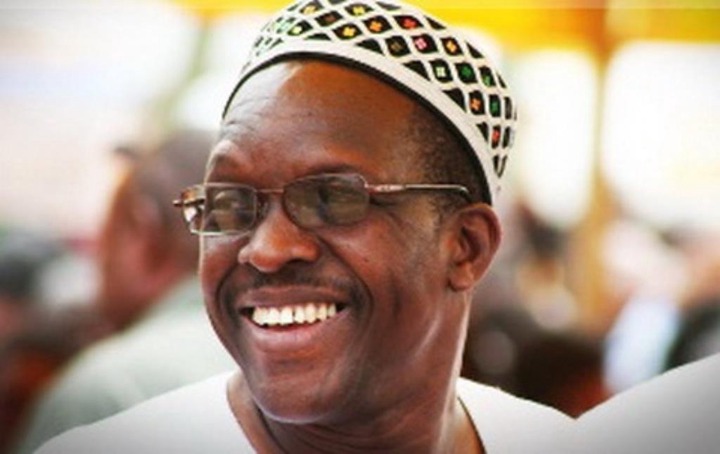 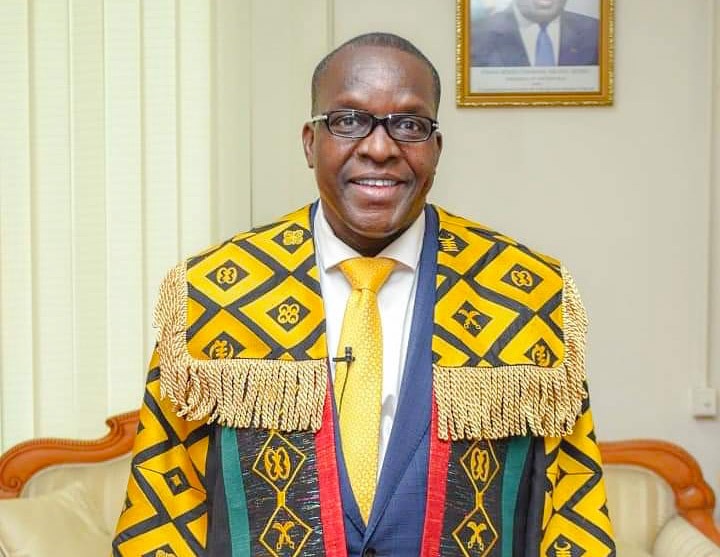 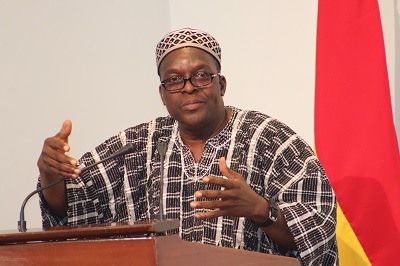 He is currently serving as the 7th Speaker of Parliament of the Fourth Republic of Ghana.

Alban Bagbin obtained a Bachelor of Arts Degree in Law and English from the University of Ghana, Legon in 1980. He then furthered at the Ghana School of Law, Makola for his Professional Certificate. And in 1982, he was called to the Ghanaian Bar. 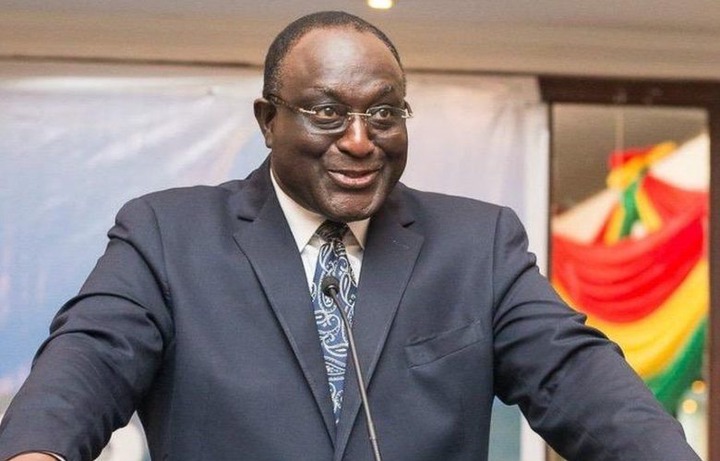 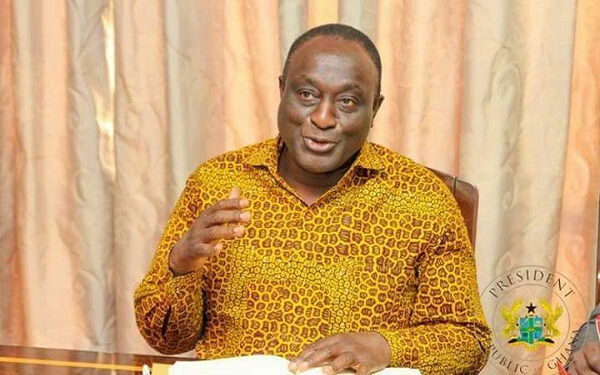 1. Born on October 3, 1955 to Alexander Atta Yaw Kyerematen and Victoria Kyerematen in Kumasi, Ghana, Alan John Kwadwo Kyeremanten (popularly known as Alan Cash) served as the Ghanaian Ambassador to the United States (from 2001 to 2003) and Minisiter of Trade, Industry, Private Sector Development and the Presidential Special Initiatives (from 2003 to 2007).

Under president Kufour's Administration, Alan Kyerematen served as a Trade Advisor to the United Nations Economic Commission for Africa in Addis Ababa, Ethiopia, where he was very instrumental in the coordination of the African Trade Policy Centre.

Alan has since 2017 been the Minisiter for Trade and Industry of the Fourth Republic under the leadership of President Nana Dankwa Akufo-Addo.

The renowned Corporate Executive and International Public Servant obtained his Bachelor of Arts Degree in Economics from the University of Ghana, Legon.

He further received a Bachelor's Degree in Law from the same University. Alan then proceeded to the Ghana School of Law, Makola for his Barrister-at-Law certificate. He was then called to the Ghana Bar.

Alan is a member of the Council of Governors of the British Executive Service Overseas (BESO).

He was featured in the TIME Magazine as one of the 100 Global Leaders for the New Millennium together with Bill Gates and other popular global leaders.

Alan Cash is proudly an old student of Achimota School.

Ghanaian Jerry John Rawlings John Evans Kwame Nkrumah New Patriotic Party
Opera News is a free to use platform and the views and opinions expressed herein are solely those of the author and do not represent, reflect or express the views of Opera News. Any/all written content and images displayed are provided by the blogger/author, appear herein as submitted by the blogger/author and are unedited by Opera News. Opera News does not consent to nor does it condone the posting of any content that violates the rights (including the copyrights) of any third party, nor content that may malign, inter alia, any religion, ethnic group, organization, gender, company, or individual. Opera News furthermore does not condone the use of our platform for the purposes encouraging/endorsing hate speech, violation of human rights and/or utterances of a defamatory nature. If the content contained herein violates any of your rights, including those of copyright, and/or violates any the above mentioned factors, you are requested to immediately notify us using via the following email address operanews-external(at)opera.com and/or report the article using the available reporting functionality built into our Platform 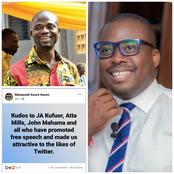 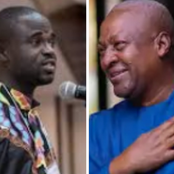 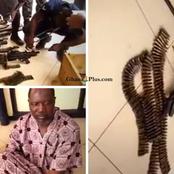 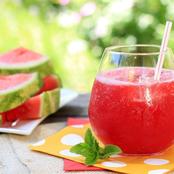 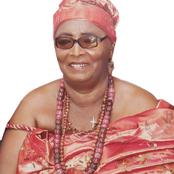 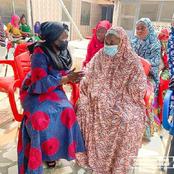 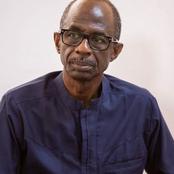 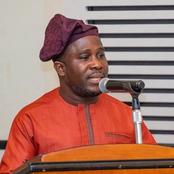 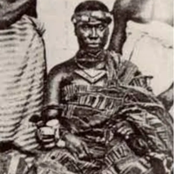 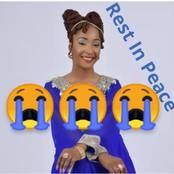