The former president and flagbearer of the National Democratic Congress, John Mahama, has thrown a challenge to Akuffu-Addo so they can debate on their respective accomplishment in the area of infrastructure across all the sectors.

This was a response to the claims that the New Patriotic Party leveled up in their recent infrastructure fun fair presented by Vice president Bawumia. On the day, the Vice President touched on all sectors and the role this government has played. 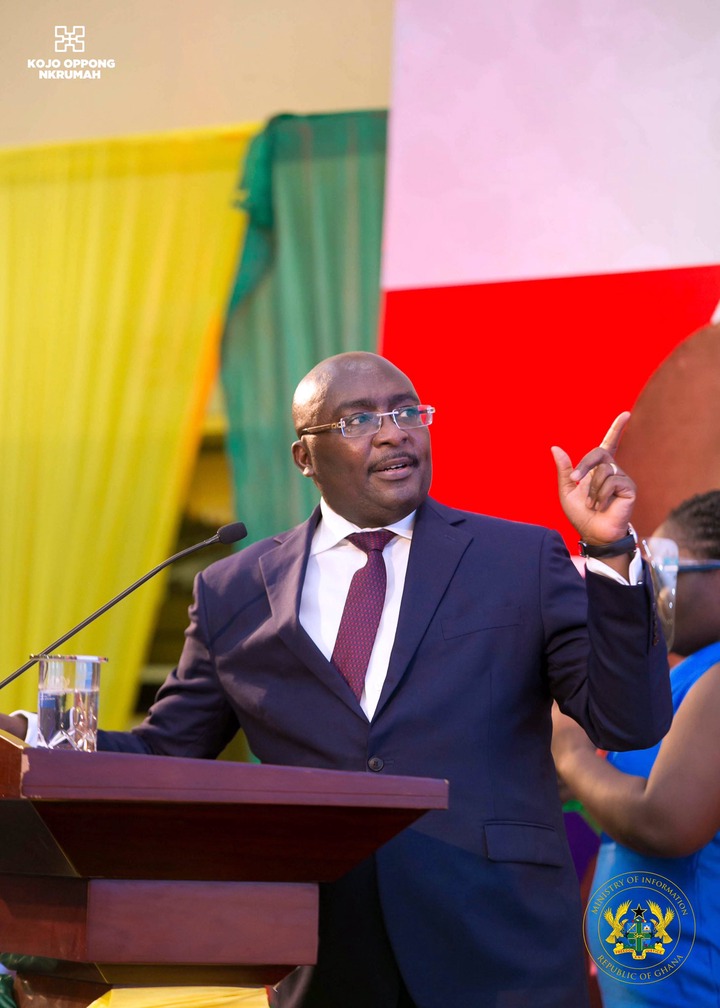 In their(NDC) claims, the opposition NDC party is asserting that some of the claims are petty and are not even their initial facility but projects that were only erected by the NPP but were started by they the NDC before they left office.

Addressing Chiefs and the people of Dzolokpuita in the Ho West constituency in the Volta region, As part of the plan to supposedly correct the lies of the vice president, the former president and flag-bearer has thrown a challenge to the president to debate him at any time, anyway, and anywhere. 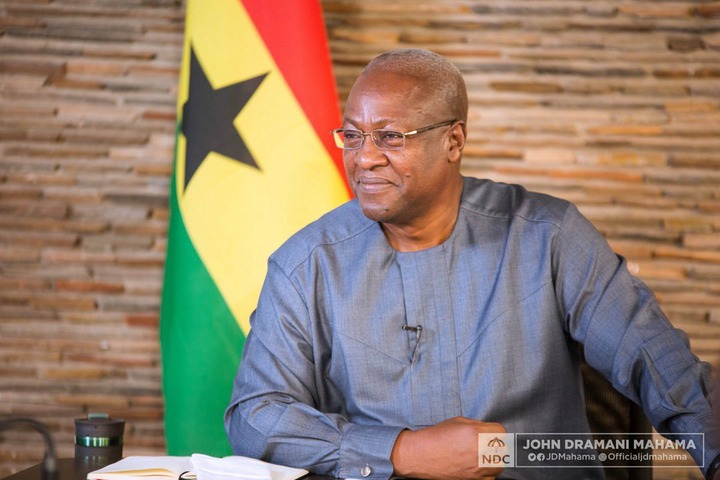 One of the points the president made was that, the Vice President said that the NPP government is constructing four major interchanges; Tema, Pokuase, Tamale, and Obetsebi Lamptey interchange at a cost of $289m, but the John Mahama government built the Kwame Nkrumah interchange alone at a cost of $260m.  However, the former president Mahama says that such an assertion from the vice president Is premature. The reason is that, there are many things that were never taken into consideration before these claims by the New Patrotic Party. He made mention of the quality of the project, the purpose of it and also the magnitude of the whole project. 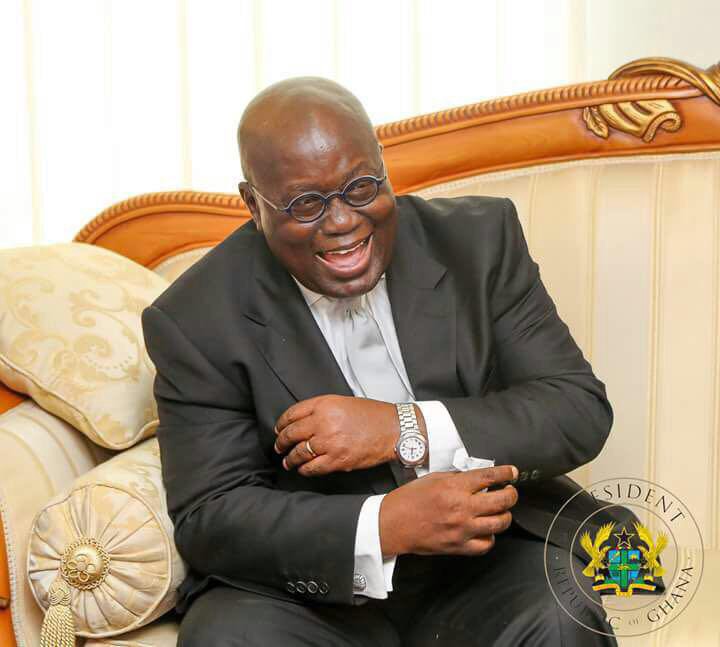 All said many people on social media have reacted to this particular challenge the president wants to put forwards. with some agitating that, it is very necessary that the two leaders engage in a debate to prove their points, while others also find it needless. One reason raised was that in 2016 when Nana Addo was in opposition, called for debate but the president then, John Mahama, never conceded or accepted and so why has it become needful for it now.

"The dead goat clearly needs credibility and our President isn’t debating with any candidate, the infrastructure debate is only on and after, there will be another on social intervention policies, economy and the rest," Barca4lfy said

"This is not reasonable. How can you compare your 8 years of governance to 3 and a half? Are they thinking at all? There are more to talk about than this infrastructure thing", Isaac Nyameba said

"Is a hard time these NPP, NDC stop claiming credentials for so-called infrastructure and start holding them accountable for every pesewa they use our money for. Calling debate as to if they ever use their monthly salary to better ourselves" Wise Joe said

"If it's all about borrowing to build infrastructure then everyone at all can be president. Ghana under IMF was so horrible. no employment, prices especially petrol kept shooting up, no reliefs. It isn't all about infrastructure, that's it” David Moreno said

"He can not call on a debate on the only infrastructure because there more into governance than infrastructure. What about social intervention policies that one too is very critical in governing a nation" Sackey Mathias wrote

Robbie also says "Debate for what really?? The infrastructure that the people deserve too you want us to debate about who did well and who did not? it's our taxpayer's money anyway, not needed to my mind”

Bennie writes; "This man is not serious and he just needs an audience... we need innovative and breakthrough minds ooo in government. Otherwise, any shs leaver with guidance can lead this country if its for the purpose of awarding contracts. He should simply sit home and work on his integrity”

"Is that where they are going to do presentations or what? If you have undertaken an infrastructure do you need a debate to tell your story? Or the debate is going to be the impact of the projects undertaken by each government?” S.K Osei

"Mahama should come clear on all contracts and projects (infrastructure) that commenced and completed under his 4yrs regime minus Prof Mills own and allow the discerning citizens to judge for ourselves. Because for now all we know is 8yrs of NDC  against 3.5yrs of NPP” Jaymz writes

"What's Mahama definition of infrastructure? Let's compare AkufoAddo and Mahama in terms of human development and wellbeing. Ghana isn't a laboratory lab for an experiment. Bring policies that will address our development needs and you want to compare past. Let's get serious!” Kenneth said

"If they want a debate, they should do so with their families. I don't think that's what we need now. There is more work to be done than a debate. Besides, it is not like the debate is going to have any positive impact in our lives” Real Derrick said. 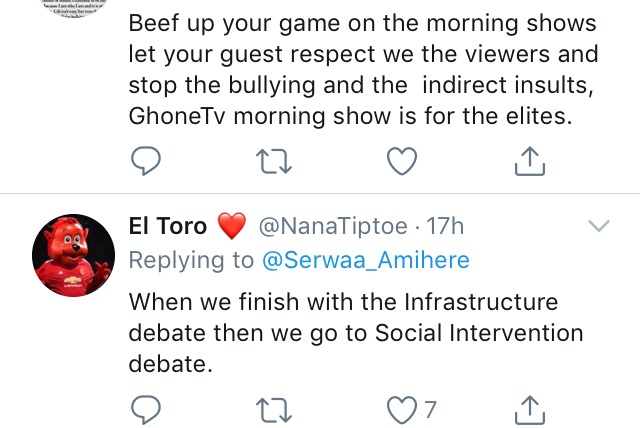 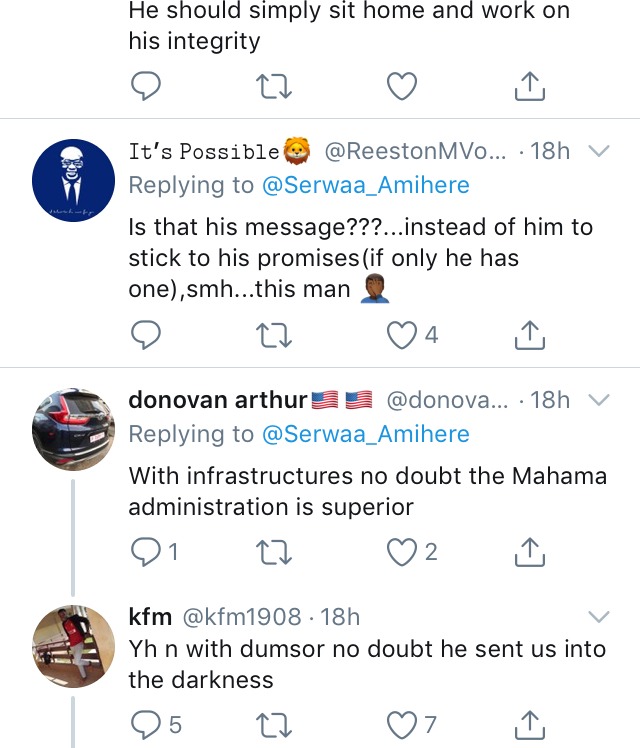 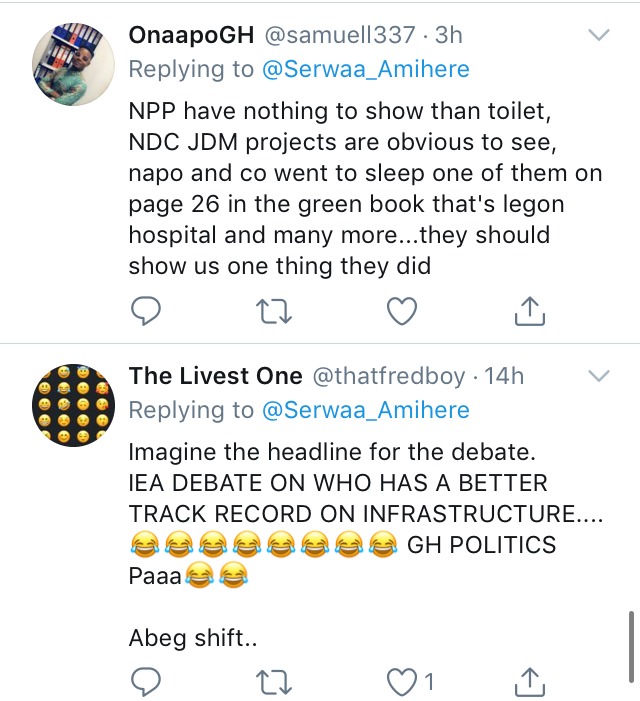 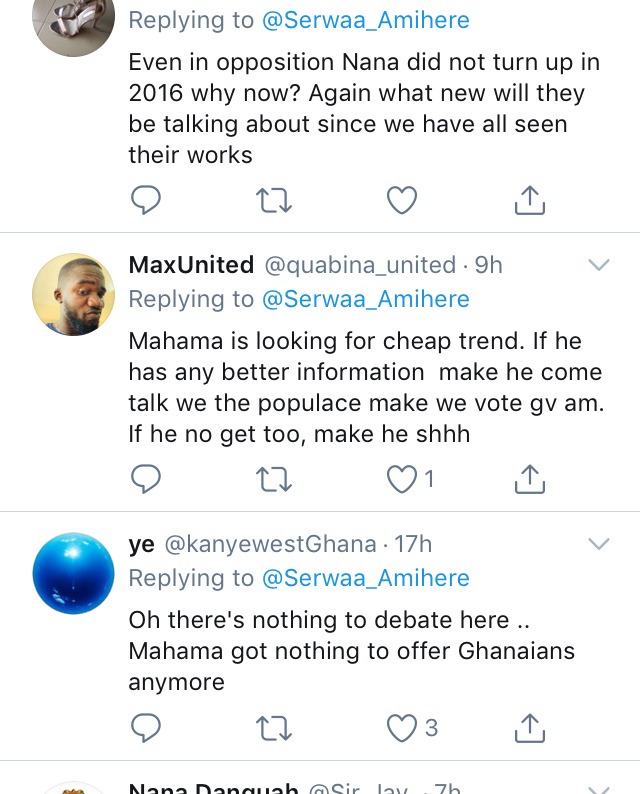 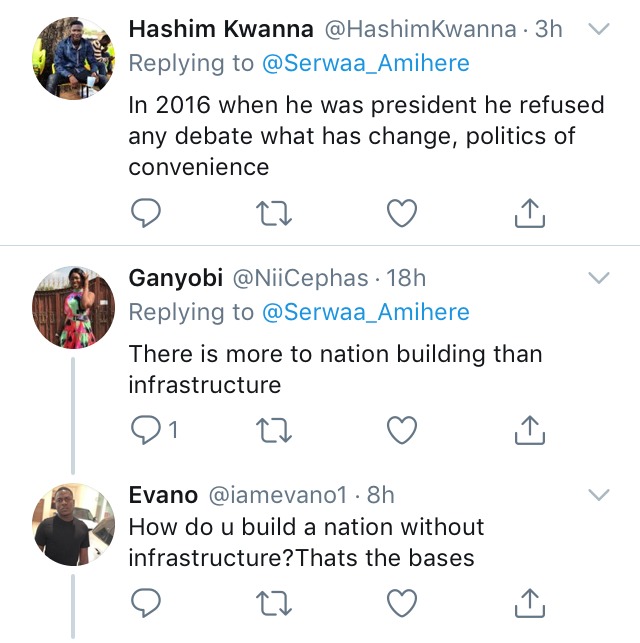 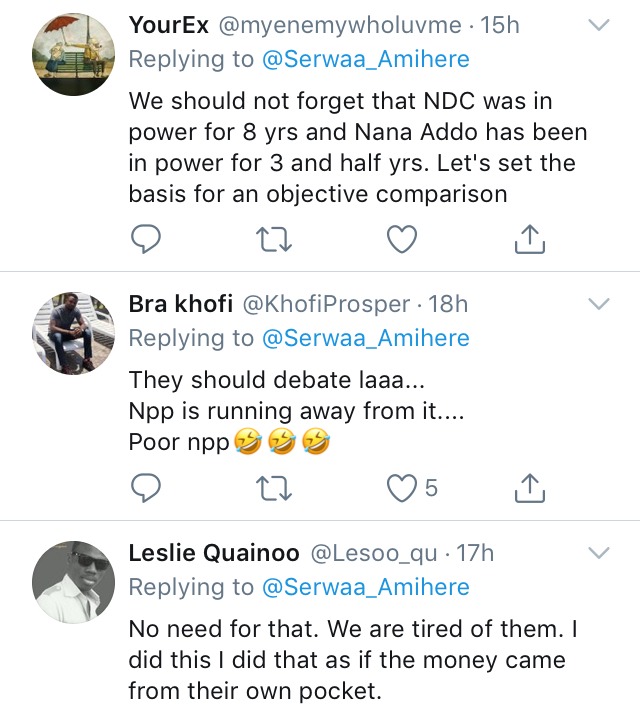