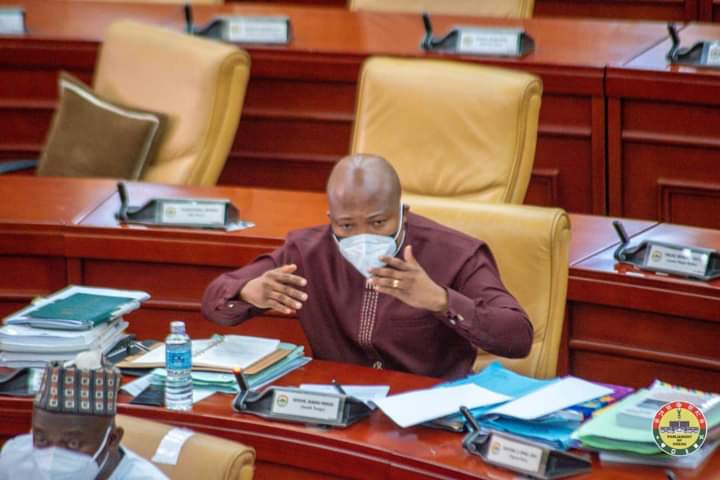 Astute member of parliament for North Tongu constituency honorable Samuel Okudzeto Ablakwa has lashed out into what the ruling party has termed as failure for the minority in parliament.

He has released a statement in respect to what has transpired in Parliament yesterday and what the ruling New Patriotic Party [NPP] should expect from the minority caucus in Parliament and the opposition National Democratic Congress [NDC].

The ranking member in Parliament Okudzeto Ablakwa has this to say:

"The Finance Minister is said to have told Parliament that based on NDC MP’s resistance, the following concessions have been made about the 2022 budget:

The point is — these are major concessions that substantially alter the shape and form of the 2022 budget initially presented to Parliament, so what exactly has the sham approval approved? Particularly, when these fundamental concessions are not properly before the House for approval.

Did their unconstitutional conduct purport to approve the rejected budget or they approved a new budget with the said concessions?

Also take note that this is only the beginning in the first stage of the budget approval process. Ahead of us are the consideration of Estimates, Bills on proposed new taxes and the Appropriation Act.