By ghenvironment.org (self media writer) | 1 year ago

Policy Think-tank IMANI Africa has published its final score card dubbed iManifesto-2020 for the delivery of the NPP’s 2016 manifesto commitments.

According to IMANI, the 2020 iManifesto is a report that presents the final status of implementation of the promises of the 2016 New Patriotic Party (NPP) manifesto.

It said “This is not an impact assessment report, but an assessment of the state of implementation of the NPP‟s promises aimed at “creating prosperity and equal opportunities for all”. This assessment does not take into account activities, initiatives, programs and policies which the government did not promise, but has undertaken them due to either (i) exigencies of the time, or (ii) prudent management”.

On methodology, IMANI explained that, the assessment used a content analysis and codification approach to assess the NPP‟s 2016 manifesto, “Change: An Agenda for Jobs, Creating Prosperity & Equal Opportunity for All”.

“The assessment is based on the methodology of the previous iManifesto assessments of political parties. It is worth mentioning that the purpose of this assessment is to carry out an output-based assessment and not an impact-based assessment. In effect, the analysis covers the deliverables promised in the 2016 manifesto of the NPP. The final score is arrived at through the process outlined in the subsequent sections” it added.

Read below the score card on lands and natural resources.

The lands and natural resource sector cover: forestry, minerals, and land issues. Since 2017, the government has reiterated its commitment to clamping down the operations of illegal mining and ensuring small-scale mining is operated in an environmentally friendly manner.

A total of 33 promises were captured under the lands, natural resources, and forestry sub-sectors. The NPP government fulfilled 59.09 percent of the promises made under this sector. The government delivered the pledges made on improving reforestation through the procurement of seedlings.

Through the Forestry Commission, it increased the seedlings for the national plantation programme from 4.1million seedlings to 13.3million seedlings5253. The government also made progress in improving ecotourism through collaboration between the Forestry Commission and the Ministry of Tourism to designated the Shai Hills, Kakum National Park in Central Region, Ankasa Forest Reserve in Western Region, Bomfobiri Wildlife Sanctuary in the Ashanti, and Shai Hills Resource Reserve in the Greater Accra Region, as eco-tourism sites.

The government reported progress in implementation of sustainable water management strategies such as planting trees along the banks of rivers. The government implemented its pledges on providing high-quality seedlings to farmers, improved crop rotation, and pest management.

The government made significant progress in the area of mineral development. It initiated the “operation vanguard” programme to fight illegal mining that had destroyed water bodies and the environment. The implementation of the programme is reported to have resulted in the improvement in water quality in some mining communities, ensured small-scale mining is operated in an environmentally sustainable manner.

The government made progress in the implementation of the promises with regards to land administration implementing the first phase of the Ghana Enterprise Land Information System to streamline all land title registration and data protection. The government reportedly launched a pilot of this programme in areas like Accra, East Legon, and Dansoman.

Notwithstanding the progress made, the government is yet to develop and implement a mineral revenue management law to support transparency and accountability in the spending of mineral revenues. The government is expanding forest reserves through the national plantation programme but the mechanism for demarcating the forest reserves has not improved.

The government has not supported the honey, bamboo, and rattan industry. The government is yet to reduce the turnaround time at the land’s commission to 30days in processing titles. 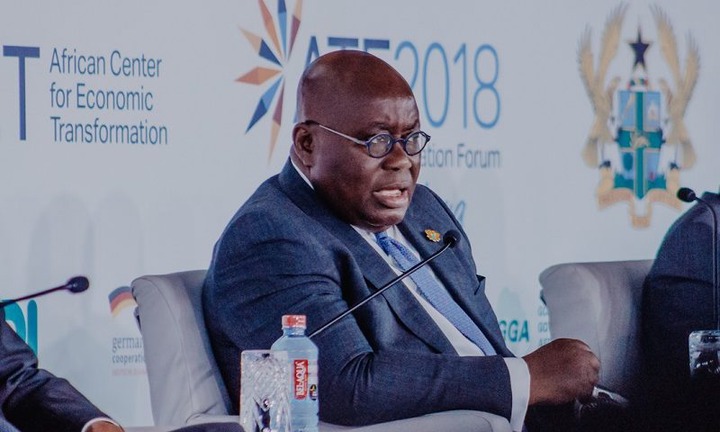 Content created and supplied by: ghenvironment.org (via Opera News )