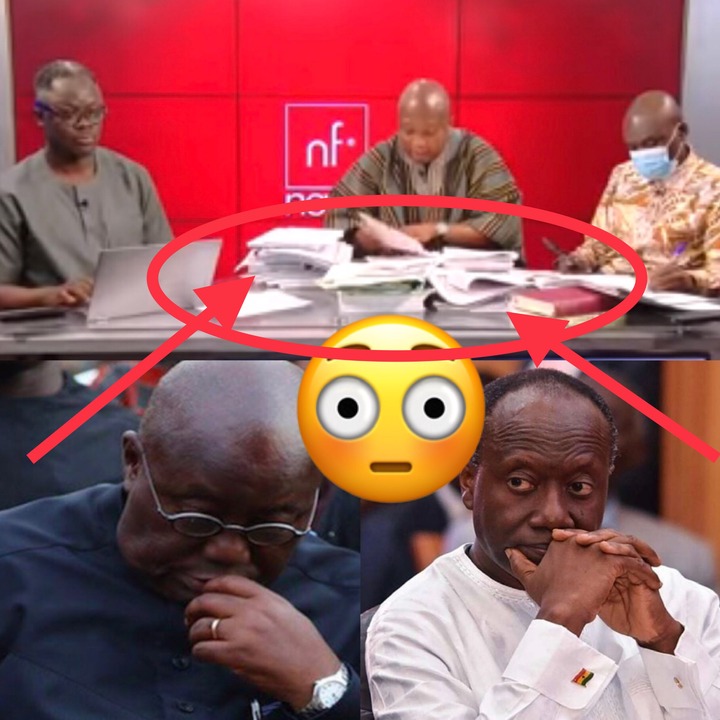 The popularly known member of parliament for North Tongu on the ticket of the NDC has recently done the unexpected after exposing the Akufo Addo government again over Ghc 25.5 billion brouhaha.

Speaking in a recent interview on JoyNews. Okudzeto Ablakwa was unexpectedly spotted with huge documents and pieces of evidence to reveal that, President Akufo Addo and the finance minister, Ken Ofori Atta presented conflicting accounts In parliament.

In addition to this, Okudzeto later supported his claims by revealing the exact huge sums of money that the incumbent government unexpectedly covered up amongst others.

“If you take the media review that the finance minister presented to parliament, Ghc 6.2 billion is missing from that report. We contempt that the actual funds that came in for us to fight COVID are Ghc 25.5 billion from the finance minister’s document on page 99 of the media review. The world bank country director, Pierre Laporte in an interview even said that what they gave Ghana was $430 million and not $200 million which Ken Ofori Atta reported in the media review”, Okudzeto Ablakwa emphatically revealed.

Do you think that President Akufo Addo and Ken Ofori Atta presented conflicting accounts on the Covid-19 fund's expenditure amongst others as revealed by Okudzeto Ablakwa even though most individuals claimed otherwise?

What are your thoughts after Okudzeto Ablakwa boldly stormed live television with another serious piece of evidence to expose the Akufo Addo government even though most individuals claimed otherwise?

CLM 0:5 PSG: How Messi's Great Performance Today Is Little Of What He Tends To Offer PSG This Season

Tottenham Will Win With Ease. Checkout Another Match You Can Add To This Bet Selection For More Money

VIDEO: Who Is The Most Dangerous Boxer Of All Times?