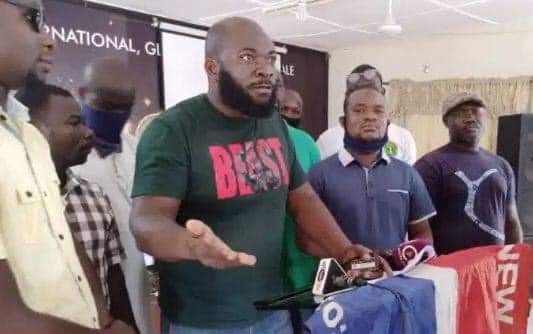 The battle between Dagombas and Chairman Mohammed Samba who is Manprugu has become very intense as section of the Dagomba youths list reasons why he must not be allowed to represent the region as NPP Chairman again.

For the past few weeks there have been a series of political discourse among some senior New Patriotic Party executives in the northern region asking chairman Samba, who comes from North-East region to give way for someone from the Northern region to take over the chairmanship position

This sparked massive controversies in the northern region with the supporters of Chairman Mohammed Samba saying those who are pushing for that course are exhibition tribalism which is a foreign language in the political front of the New Patriotic Party.

However according to the youths led by Dauda Illiasu Gbane, those calling Samba to return to his hometown are not exhibiting bigotry or tribal mongering but it's a right call

According to Dawuda Illasu Gbane, chairman Samba has exhibited numerous times that he is a tribal monger when he voted for the formation of North East region but intentionally declined to represent the party at the same region simply because he wants two Mamprusis to hold the chairmanship positions for both northern region and North East region.

He listed many instances where Samba exhibited political bigotry including abandoning projects in the northern region, championing in the sacking of Dr Alhassan Sulemana Anamzoya who is a Dagomba by tribe as the NDA boss and tried to bring someone from North East

He therefore advised all and sundry in the northern region to intensify the call for chairman Samba to leave for a Dagomba man to come.