'You Were Not Confirmed, The EC Favored You' - NPP Youth Expose MCE

By Upperwestmedia.net (self media writer) | 11 days ago 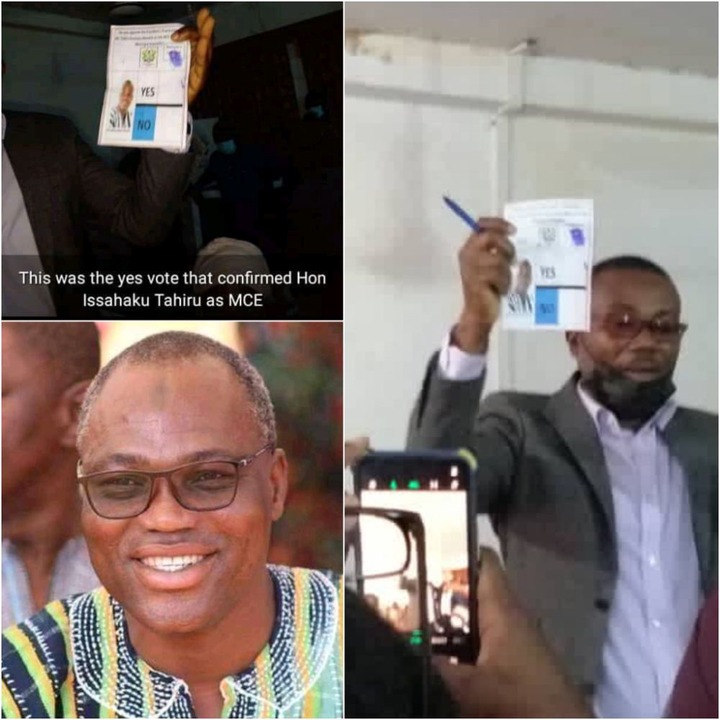 Some Youth Group of the New Patriotic Party have stated that the President's Nominee for Wa was forced into his position for the Second Time by the electoral commission.

One vote was rejected and was shown to the media at the election venue on the 30th of September 2021,

the rejected vote was later counted as a YES vote after conclusions that 29 Votes could not confirm the MCE Nominee.

The NPP group explained in a writeup that the MCE want lawfully elected and that a fresh elections should be conducted. 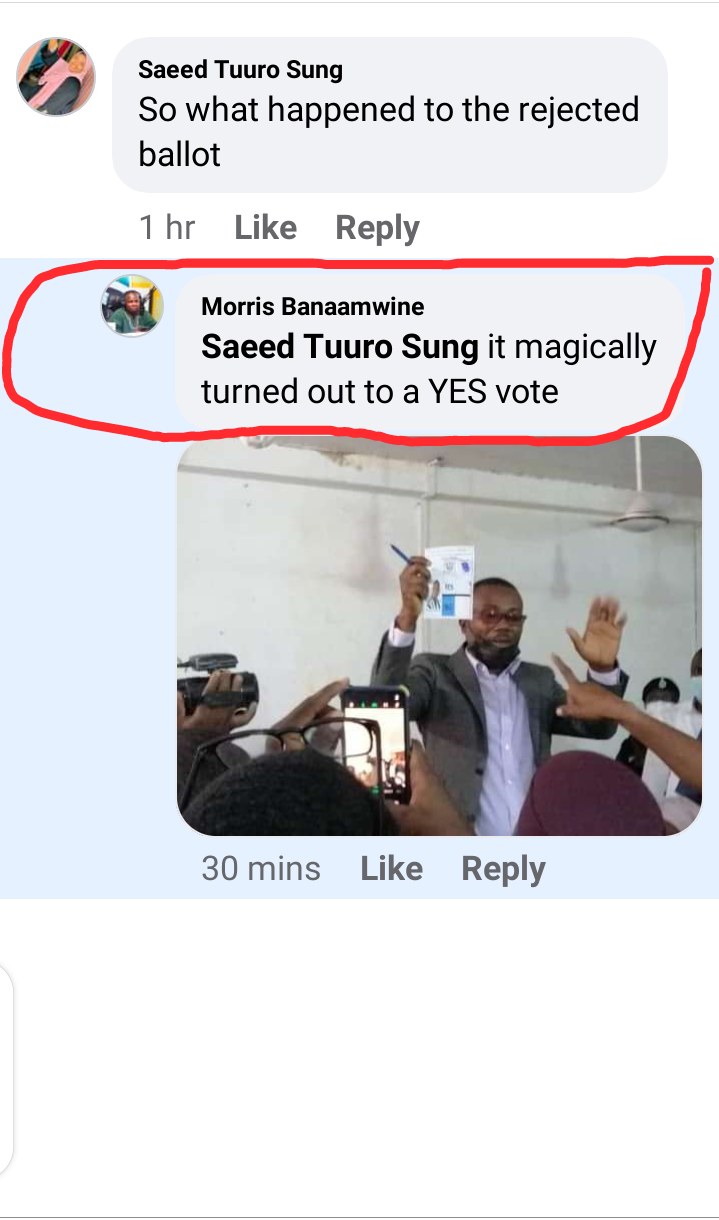 In a letter signed by Moomin Ahmed,

it stated that they as a Concern Youth and stalwarts of the ruling New Patriotic Party who believed in the Busia Dombo tradition,

condemned in no uncertain terms the illegal process and distasteful procedures employed by the EC to forcefully confirmed the president nominee Dishonorable Issahaku Tahira Moomin as the substantive MCE for Wa Municipal Assembly.

Sympathizers and well-meaning citizens, which clearly has the propensity of relegating the party into opposition if not reconsidered once again.

The unfortunate incident of insecurity masterminded by the dishonorable MCE and acted by his political slave Mr. Mahamood Admuda Adams,

who kept an eagle eye on the EC after realizing that a rejected vote would not secure the nominee two third majority endorsement is one of the epochs of our time in which democracy has been robbed leading to the subversion of the will of the people of the Wa Municipal.

To set records straight, the rejection of the president nominee in our dear Municipality who in reality pulled 29 votes out of 45,

nominee be confirmed Notwithstanding, we must commend all media entities for playing its fourth estate role by reporting the issues as it reflected on the grounds,

the security most especially the Ghana Police for their resilience and firm display of professionalism and giving no room to be compromised by the despot. 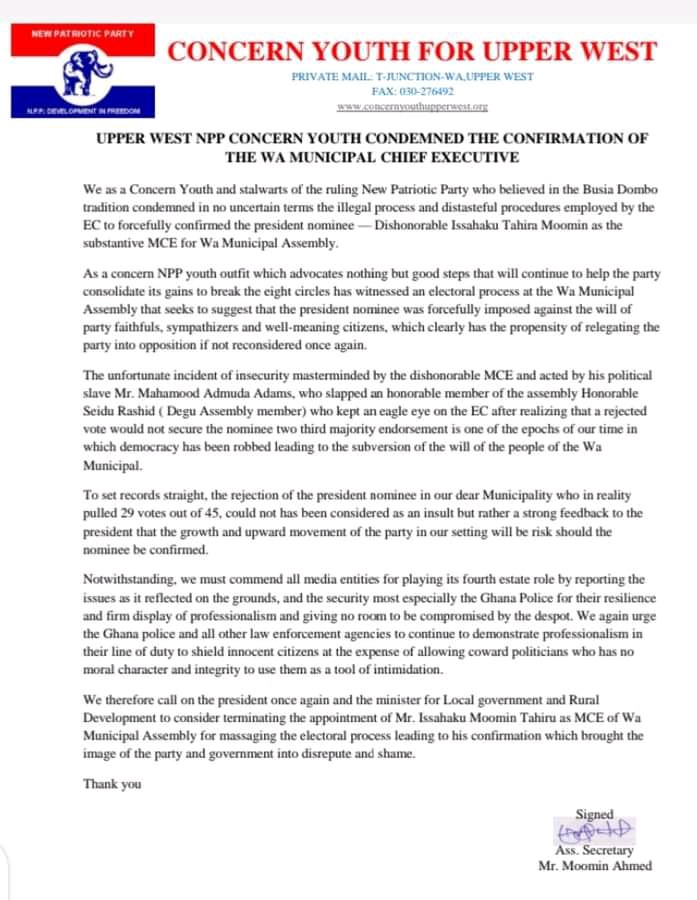