By Kojosteve1 (self media writer) | 2 months ago 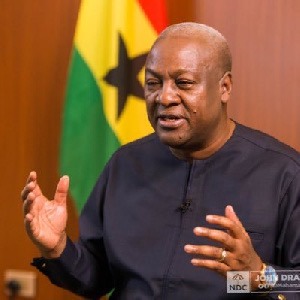 The Pro-New Patriotic Party group,’Fix the country movement’ have announced that they will be petitioning the Office of the Special Prosecutor to revisit the airbus bribery scandal. The group said it will also be petitioning international government over the issue particularly the United Kingdom High commission and the United State embassy.

They want former President John Dramani Mahama, who they insist played a role in the scandal, to be held responsible and untimely punished for his role.

Addressing a press conference on September 5th, 2021, leader to the movement, Ernest Owusu Bempah stressed that holding Mahama responsible will be nothing new given that a number of former presidents of the continent and elsewhere have been jailed for corruption offences committed during their tenure.

The movement insist they the Mahama government was as bad as it gets in the area of corruption and that Mahama specifically lacks the lacks the gravitas to accuse Akuffo Addo and his appointees of corruption.

A recent development in the UK’s probe on the scandal is that the Serious Fraud Office had dropped all charges against a key suspect citing lack of evidence.

Ghana’s first Special Prosecutor, Martin Armidu, had opened an investigation into the said scandal before he left office, his successor has not stated whether he is keeping the said docket opened.

Massage Saga: Ghanaians Reacts To A Video Of A Gym Instructor Fondling A Slay Queen