Political corruption is the greatest enemy of progress.

Corruption is one of the greatest challenges in modern times, and is generally defined as the misuse of public authority. 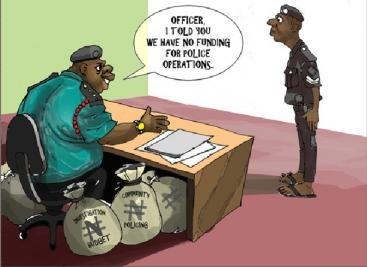 Political corruptions are the use of powers by government officials; or their network contacts for illegitimate private gains. Political corruption can also be considered as misuse of government power for other purposes, such as repression of political opponents and general police brutality.

Political corruption…if not detected and well dealt with; may affect good governance, criminal justice system, society and a nation as a whole. It also works against transparency, accountability and rule of law.

When a nation, or an economy is corrupted, it is not able to function properly; because corruption prevents the natural laws of the the country from functioning at ease, and as a result, corruption in a nation's political and economic operations causes its entire society to suffer.

A country infected with police corruption also has great effect on its criminal justice system. One corrupt act, during one step of the criminal justice chain can severely harm the whole process or even nullify its essence and erode public trust in law and order; ... disrespect for the equal application of the law undermines the legitimacy of public institutions and contributes to impunity.

When all institutions in the country are corrupted, society and its people are the hardest hit. Corruption does not only occur in government buildings, but also in our daily lives. It impacts the implementation of the rule of law and democratic values. Corruption succeeds in taking away funding from important infrastructure such as roads, schools and hospitals and many more. Corruption can also deter international investors.

Corruption does not only affect economic development, but also affects equitable distribution of resources across the population, and increasing income inequalities. The more inequality increases in a nation, the more people slide into poverty. 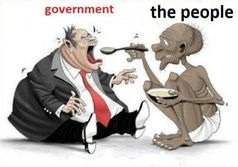 Fulanis Demands Their Tribe To Be Included In The Ghana Statistical Service Register As Ghanaians.

"Ghanaian Leaders Must Rise, Guns Are Now Smuggled Through This Means Into The Country" - Man Pleads