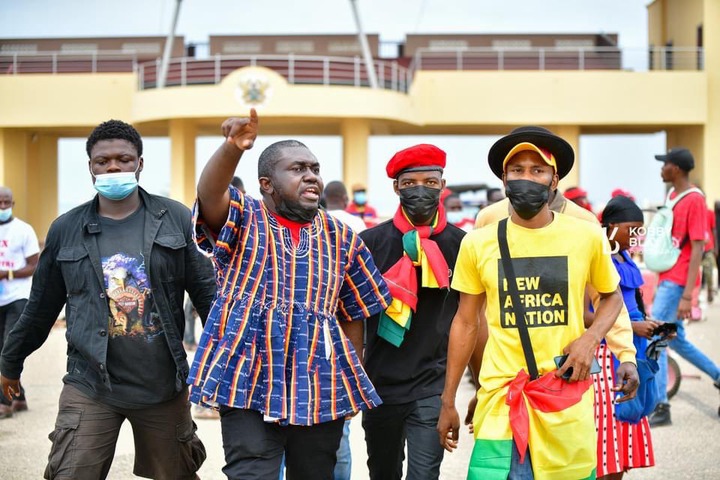 Yesterday and today has seen so many discussions regarding Ghana’s decision to go to the IMF for financial bailout. The country has witnessed economic failings for some time and many had called on the Akufo-Addo government to seek help, but they refused. However, in a press release yesterday, the government noted that they were ready to sit around the table with IMF officials.

Already government communicators who had rejected calls to go to the IMF have back tracked on their stance and now saying the idea is a good one. Fix the country, one of the fiercest critics of the ruling NPP government in a Facebook post targeted 3 public figures they feel will used by the government to do damage control to redeem their image. 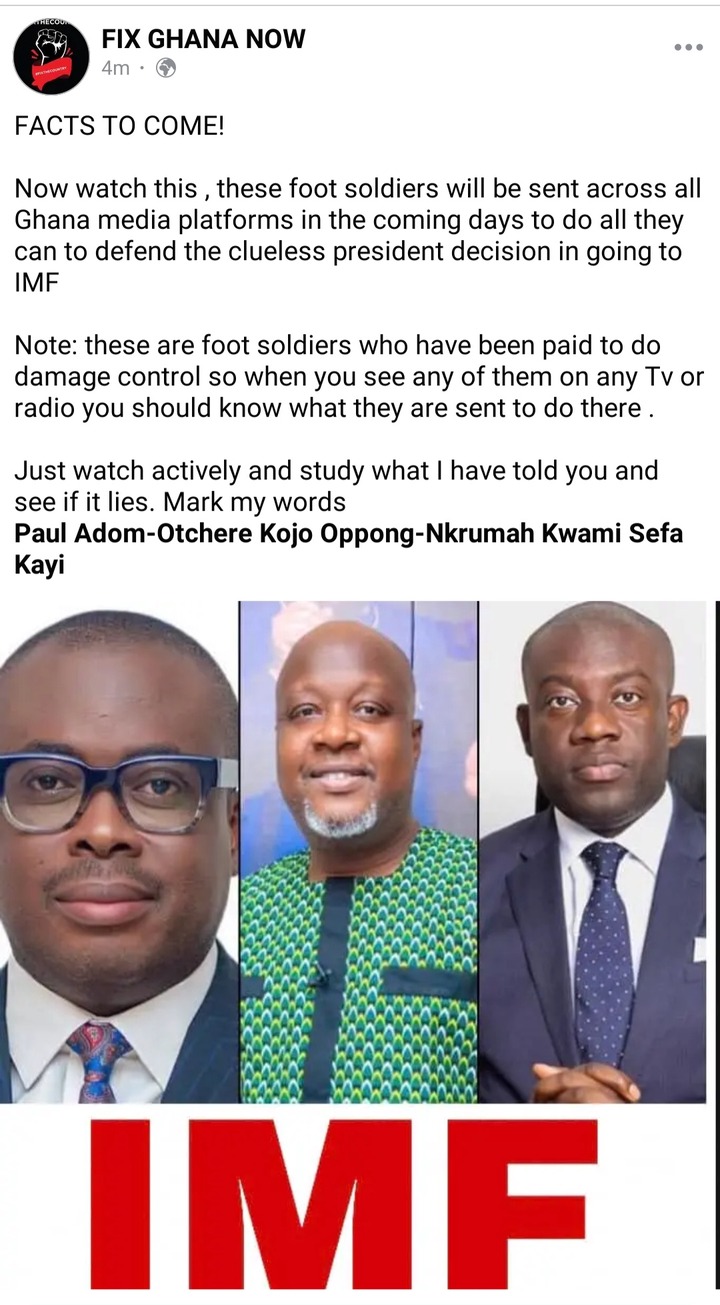 The 3 personalities include journalist; Kwame Sefa Kayi and Paul Adom Otchere. The last figure is former journalist and current Minister of Information, Oppong Nkrumah. It will be interesting to see how these mentioned personalities will deal with the issue in the coming week. Both Paul and Kwame host political shows that have wide coverage. Paul Adom Otchere has been criticized by many after he made a Facebook post regarding Ghana’s decision to join the IMF.