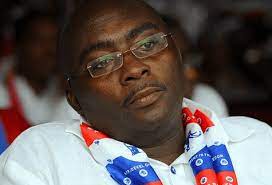 "Nobody has done more for political circus than Dr. Bawumia under this fourth republic. Every playback of his past campaigns sounds more comical than those who earn their keep from the comedy", he wrote on his Facebook wall.

Admittedly, the only promise and statement that Bawumia made and could successfully defend were the statement he made about the fundamentals of the economy which was then been managed by John Dramani Mahama and his team; "If the fundamentals are weak, the exchange rate will expose you". Dr. Bawumia was able to use some logical reasonings to defend why that statement could not be applied equally to the current government. 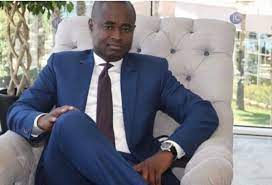 Aside from that, Bawumia has placed the government in a very tight corner with all the words and proclamations he made when his party was in opposition. Ranging from the issue of payment of mobile money to the issue of going to the IMF up to the issue of borrowing huge debts from other countries and multilateral institutions.

In essence, the past videos of Dr. Bawumia when watched or replayed now will make it very difficult for Ghanaians to believe and agree with all the words Bawumia will say in upcoming days especially ahead of the 2024 elections assuming he is elected by the delegates to represent the party. Even with that, the Vice President has refused to speak on critical issues pertaining to the economy now since he fears the potential challenges the words he makes now will pose to him in the near future.

Stop Blaming Each Other Over Economic Crisis - Apostle Abraham To Ghanaians.