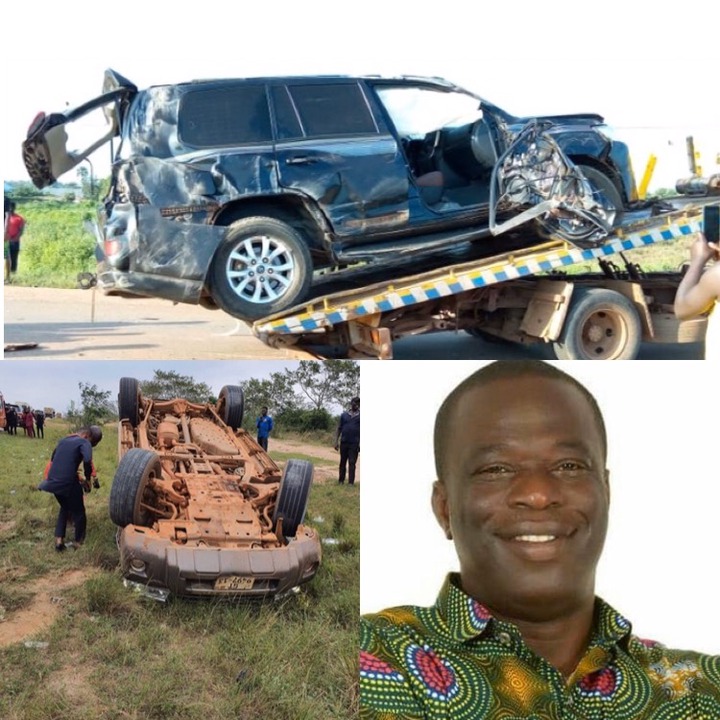 A recent sad news which has broke the hearts of Ghanaians is the unexpected fatal accidents of two prominent Ghanaian Members of Parliament as reports shows that they’re in critical conditions.

The recent rise in road accidents and deaths have been causing massive panic in most Ghanaians as individuals keep losing their respective lives whilst others sustain serious injuries.

With respect to this, a recent sad news that have sparked massive reactions online is that of two prominent MPs who have been reported to have sustained serious injuries after being involved in a near death accident.

According to reports, the incident occurred on the Aveyime road in the Volta region where the prominent Member of Parliament was returning to Accra after attending Samuel Okudzeto’s father’s funeral with his other colleagues.

The Member of Parliament for Ashaiman, Ernest Norgbey who was also involved in the serious accident took the privilege to narrate that how the unexpected incident nearly took their lives.

”We were traveling from the funeral of the father of the MP for North Tongu, Samuel Okudzeto Ablakwa. We were on our way to Accra when a KIA truck loaded with blocks just crossed the convoy. Rockson’s car somersaulted twice with the four wheels up. So we had to rush him out of the car. As we speak now, he is doing well and we are on out way to the hospital to seek medical treatment”, Ernest emphatically stated.

Below is a look at a photo from the accident scene. Aside the already stated sad accident, another heartbreaking news that has got Ghanaians talking is that of President Akufo-Addo’s appointee who has also been involved in a serious accident.

The minister of Employment and Labour Relations and Member of Parliament Sunyani West in the Bono region, Ignatius Baffour Awuah has been involved in a fatal accident. 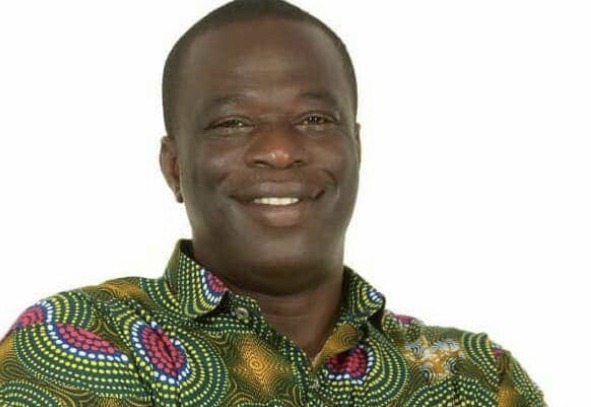 According to reports, the unexpected accident occured today afternoon, Saturday August 14, 2021 on the Fiapre-Dumesua road when the minister’s car suddenly crashed with a topper truck.

According to reports, aside the Minister, the NPP chairman for Sunyani west constituency, Kusi Buodum alongside another unknown victim all sustained serious injuries and have been rushed to the hospital for further treatments.

Below is a look at a photo from the accident scene. 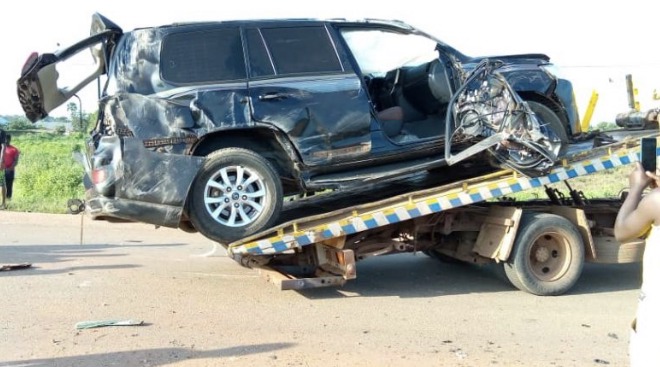 Upon this news popped up, most Ghanaians took the privilege to share their immense opinions and thoughts on the recent accident that has been occurring on our roads.

Below is a look at some of the comments that came through as individuals shared their respective concerns online. 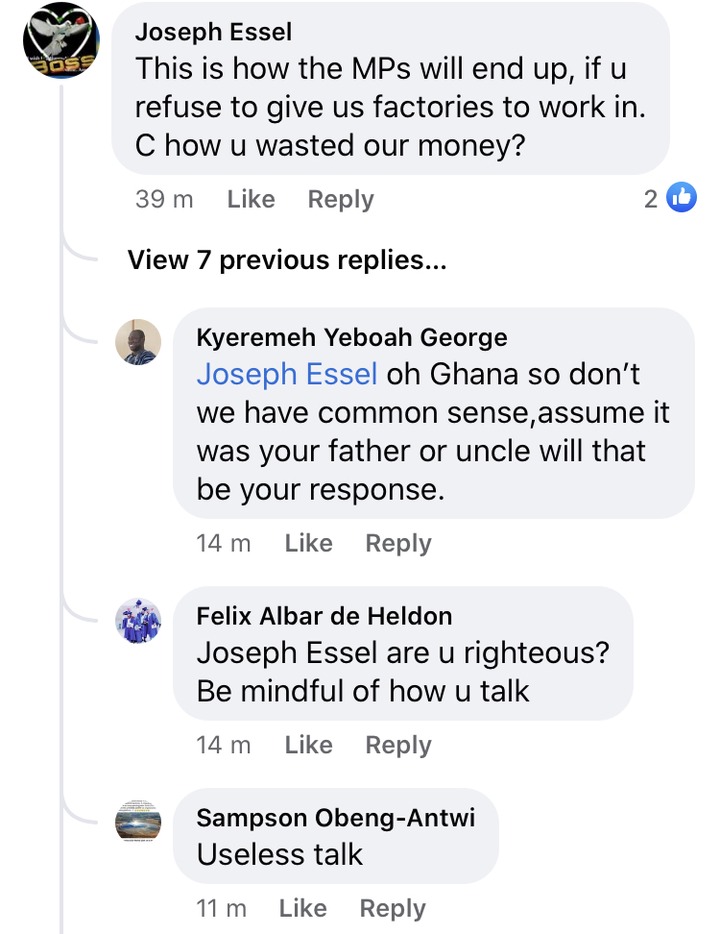 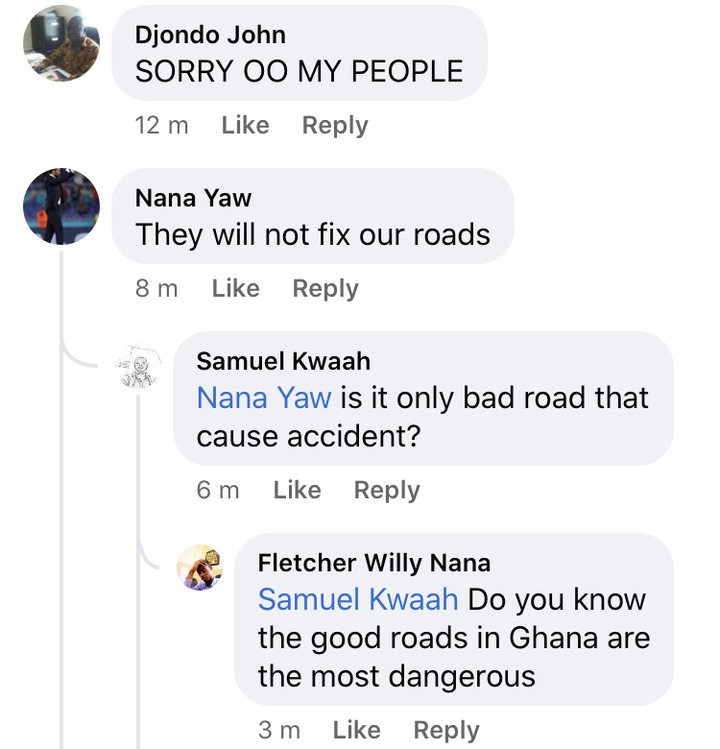 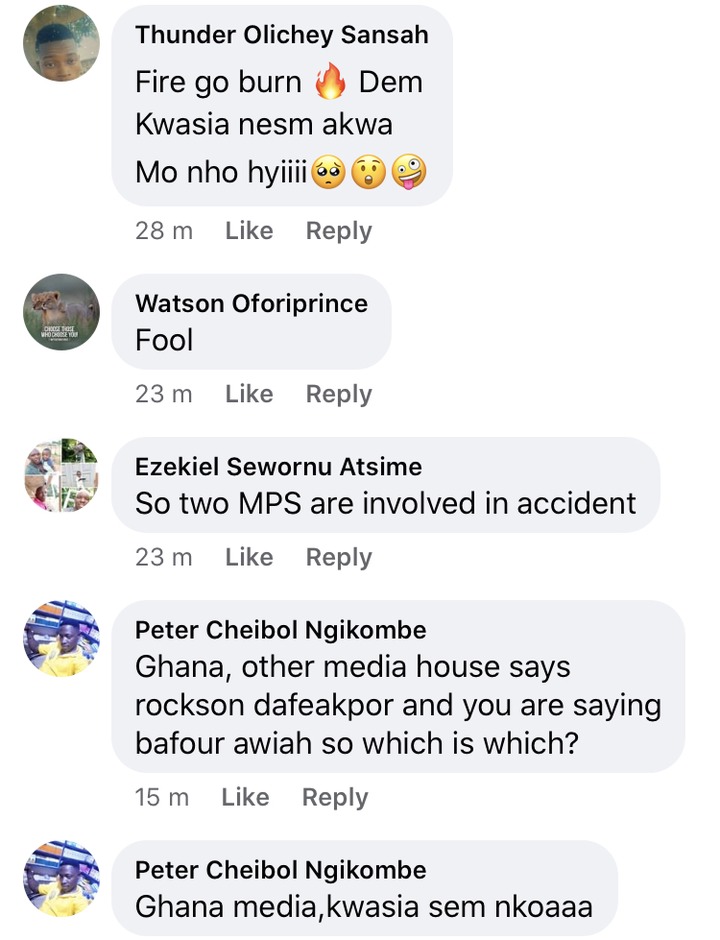 We wish them speedy recovery.

Do you think government fixing the roads as most Ghanaians claims can help reduce road accidents in the country?

What else do you think could be done to reduce the road accidents in Ghana?

Let’s know your thoughts in the comment section below below.

Meet One Of Instagram's Hottest Celebrities, Who Is Causing A Stir With Her Sultry Photos