Mahama is whining and telling lies about his emoluments – Koku Anyidoho

By Momufty (self media writer) | 4 months ago 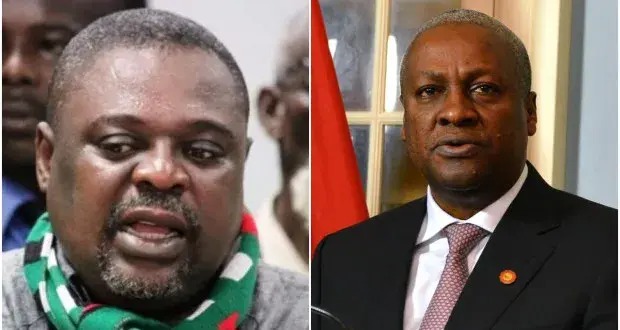 A former Deputy General Secretary of the National Democratic Congress (NDC) Koku Anyidoho believes former President John Dramani Mahama is peddling falsehood over claims that he pays for his own services despite being entitled to the emoluments.

Mr Mahama has revealed that he pays for things like water, electricity, rent, fuel, medical care, and plane tickets himself.

“I receive only my monthly pension like [former] President Kufuor, and [late former] President Rawlings was receiving [it] before he died. That is all I get,” he said in an interview with TV3’s Alfred Ocansey on Tuesday September 13.

But in series of tweets responding to him, Mr Anyidoho said “John Dramani Mahama is whining & telling lies about his emoluments. Per documents, State pays when an ex President travels abroad for official assignments – also entitled to 2 holidays in a year.

“So, if you travel on your own account to have fun, why should the State pay?

“The man who made you, Running Mate & Vice President – for you to become President.”

Meanwhile, the National Communications Officer of the National Democratic Congress (NDC) Sammy Gyamfi has accused communicators of the New Patriotic Party (NPP) administration of misleading Ghanaians on the emoluments and privileges of Mr Mahama.

The NPP’s Director of Communications Mr Richard Ahiagba while addressing a press conference in Accra on Wednesday September 14 said “The former President has told blatant lies. We have assembled relevant documents that prove that the former President lied and that, contrary to his claims, he has been indeed been enjoying privileges due him.”

“We did not want to share these private documents with the public, but they are already out there, so we will share them.”

But in a statement responding to the NPP, Sammy Gyamfi said “Can our friends in the NPP and government stop shifting the goal post and tell the nation whether these statements made by H.E John Mahama are true or false? Given the fact that the emoluments and privileges of former Presidents are matters of public record, can government rebut any of these statements with evidence?

“When is government releasing official documents that confirm the payment of ex gratia of GHS14 million and GHS15 million to former President Mahama, as alleged by the irresponsible Bono regional chairman of the ruling NPP?

He described this as shameful.

“The point has to be made, that at no point in the said TV3 interview did former President Mahama say that he pays the salaries of his own office staff. Therefore, the official documents on payment of salaries of office staff of former President Mahama by the State as required by law, being circulated on social media by some NPP communicators are complete red herrings being introduced into the discussion just to obfuscate the issues and confuse Ghanaians.”

Content created and supplied by: Momufty (via Opera News )