Check out the president who is also an usher

By Gyminy (self media writer) | 11 months ago 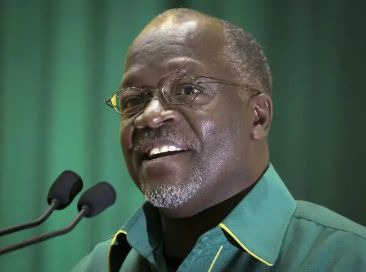 Meet the president of Tanzania H.E John Joseph Magufuli who acts as an usher and even collects offertory during church services. President John Pombe is a Tanzanian politician and also the fifth president of Tanzania. Born on 29th October the president has been in office since 2015. He was first elected as member of parliament in 1995 and served in the cabinet of Tanzania as deputy minister of works from the year 1995 to 2000. Interesting, John Pombe before venturing into politics was a teacher at the Sengerema secondary school between 1982 and 1983.

As a teacher, has taught chemistry and mathematics. He later quit his job in the classroom and was employed by the Nyanza Cooperative Union limited as an industrial chemist. Despite facing a strong challenges from the opposition candidate, he was declared the winner of the elections held on 25th October 2015. President Magufuli was declared winner by the National Electoral Commission (NEC) after receiving 58% of the total votes cast. He was sworn in on 5th November, 2015 as president of Tanzania. He will contest for the elections scheduled for October 2020 when Magufuli was nominated as the CCM's presidential candidate.