"Death Is The Only Hindrance To Mahama's Presidential Ambition." - Appiah Stadium Boldly Declares. 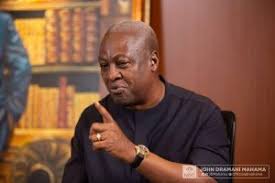 One big question on the minds of Ghanaians is whether the former president of Ghana, John Dramani Mahama will be interested in contesting the next general elections cone 2024.

Mahama is the only person who has a very awful history of being the only sitting president to have lost a presidential election to his opposition. Another sad thing is the margin with which he lost, a whooping one million votes different.

As if that humiliation was enough, he once again contested for the presidential seat in tgevjust ended 2020 elections where he lost by over 5 hundred thousand votes different. And to add salt to injury, he abysmally lost an election petition he himself took to the court after describing the election results as flawed.

As at now Mahama is yet to concede defeat let alone to congratulate President Akufo Addo after the supreme court verdict, for he still thinks he has not been treated fairly.

Now to come back to the bug question as to whether he would be contesting for the 2024 general elections, Appiah Stadium who is one big fun if the former president has openly come out to confirm Mahama will come back strongly in the next general elections. 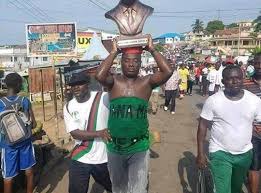 Speaking live on Kumasi based Angel FM with Kwame Tanko, the outspoken NDC supporter assured Ghanaians that Hus father John Mahama will still lead the NDC Party into the 2024 elections. He confidently said, Mahama won last year elections hands down but for the manipulation of some people in the country, they changed the results in favour of Akufo Addo. 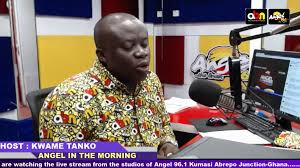 "It is certain and even the NPP is aware that Mahama is coming back in 2024, and its only death that can prevent him from winning the 2024 elections, Insha allahu", he assured. 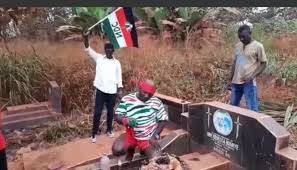 Do you agree with Appiah Stadium that no matter what will happen Mahama will be president come 2024, looking at the men the NPP are also bringing up, that is the likes of Dr. Bawumia, Alan Kyeramanten, Kennedy Agyapong among others?

let's hear your views at the comments section below.