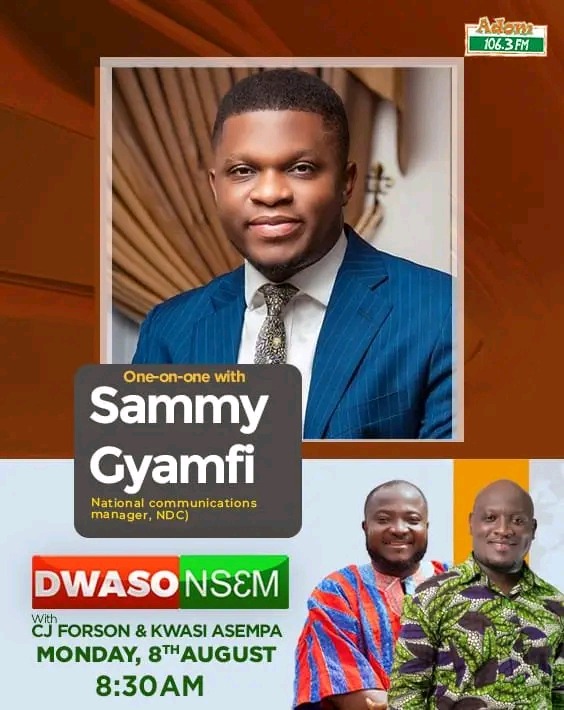 Sammy Gyamfi, the NDC Communications Officer was in the studio of Multimedia’s Adom FM today, Monday, August 8, 2022. He was the guest on the station’s political morning show, Dwaso Nsem. The issues discussed delved into personal issues, party issues and matters affecting the country.

Sammy Gyamfi opened up on his disagreements with the decision by the Electoral Commission to make the Ghana card the sole form of identity for registering for a voters’ ID. He mentioned that this was a ploy by the government to rig the elections of 2024 which is supposed to be won by John Mahama.

Interestingly, as Sammy was about rounding up his interview, he was told by the host to send greetings to 2 friends of his in the NPP. Sammy was reluctant and queried why only 2 since according to him he has many friends in the NPP. The host then asked if Bawumia was part and Sammy pointed out that the Vice President isn’t his friend so he had no greeting to offer him. Sammy then said he wishing Sammy Awuku a great week. He explained that Sammy Awuku has done so well as CEO of the National Lottery Authority. Mr. Gyamfi added that since Mr Awuku took charge there have been no scandals. According to Sammy he has been monitoring Sammy Awuku and can confidently say that he is a clean man.

Sammy Gyamfi then said his second greeting goes to Dr. Okoe Boye. Sammy noted that as the National Health Insurance CEO, Okoe has remained a good appointee of Akufo-Addo. “You know me and how I like to investigate things. I have watched both of them and I can tell you that despite all the corruption in the Akufo-Addo government, Okoe Boye and Sammy Awuku have not been corrupted” Sammy Gyamfi said. 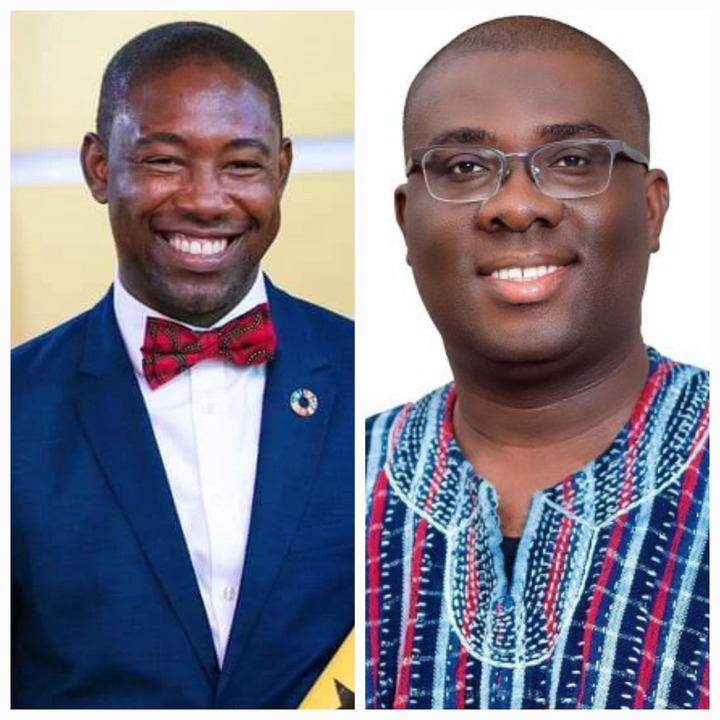 Interestingly, Sammy Gyamfi and Dr. Okoe Boye have been paired a number of times on shows and both have given good account of themselves. Sammy Gyamfi might not be far from the truth because the two CEOs have done so well and have been bold to speak the truth on national matters. Do you agree with Sammy Gyamfi?

Use the link below to watch the video. Kindly start from 1:12:45