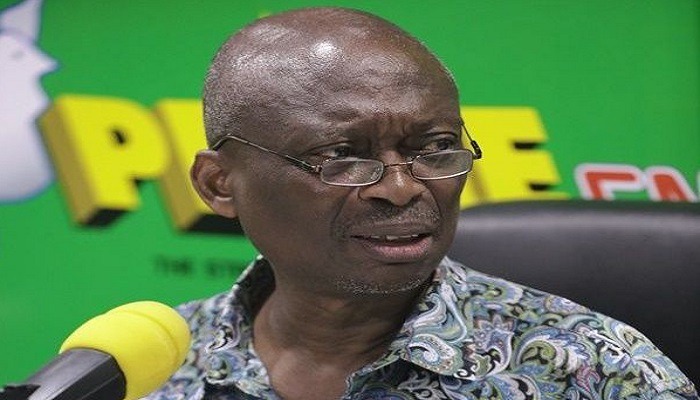 The Editor-in-Chief of the New Crusading Guide Newspaper, Abdul Malik Kweku Baako finally beaks silence on the suspension of road tolls by the Road Minister, Amoako Atta ahead of Parliamentary approval of the 2022 budget.

Speaking to the controversial issue on the Kokrokoo show on Wednesday, 24 November, 2021, Mr Baako sided with the Speaker of Parliament. He argued that Mr Kwesi Amoako Attah goofed by issuing the hasty directive hours after the 2022 budget was presented to the legislature for debate and approval.

"We have to be fair with the facts. It was a rush- premature ejaculation. That is what it was and one has to be honest. The worst part of it is the statement from the Public Affairs Secretariat [of the Road Ministery]. If there was any confusion, the police should have made some arrests".

When pushed by Kwame Sefa Kayi, the host of Kokrokoo to comment on whether the Road Minister has caused financial lost to the state, the veteran journalist retorted:

"Inadvertently, he has. The state is losing some some revenue. There is no doubt about that. But as to whether whether you can have an effective prosecution relative to that is another conversation".

The Minister of Finance, Ken Ofori Atta proposed scraping of road tolls to ease traffic. This form part of the 2022 budget presentation which took place on 17 November, 2022. The implementation of the proposal was expected to take effect following Parliamentary approval.

However, the Road Minister issued a statement hours after the budget was presented in which he directed cessation of road tolls collection across the country.

The speaker of Parliament, Alban Kingsford Bagbin directed the road Minister, Amoako Attah to reverse the decision, describing it as illegality.