By Wysopera (self meida writer) | 29 days Daniel Yao Dormelevo is the former Auditor-General of Ghana till he was asked to proceed on retirement on account of his age. He is known by many as an anti-corruption activist and that could explain why he is an Auditor-General in the first place.

Dormelevo has made some series of posts in relation to corruption and we would like to bring them to your notice and seek your views on them.

Dormelevo's post suggest that a nation is doomed when the laws of the nation no longer protects the people that fight corruption. He seeks to make it clear that the law can be used in such a way that it would protect the corrupt people instead of those against corruption. The question is how possible that can be since the law was enacted to promote virtues and not vices. Do you think that this post conveys a message worth noting?

The second post to look at is the one that went viral recently. Here is the post below.

Below is another post by Dormelevo that has caused massive stir among social media users. This post talks about the legitimization of corruption. Take a look at it below. 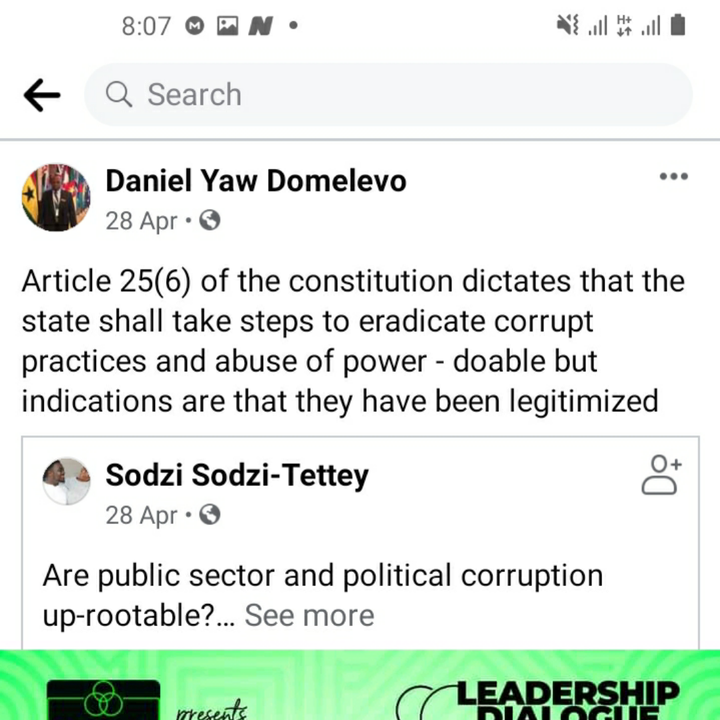 This posts by Dormelevo seeks to send a message to the youths of Ghana to desist from corruption. As an anti-corruption campaigner, he sends his message to speak to the conscience of Ghanaians. Let us all endeavour by these posts to live a life free of corruption to the development of Ghana.

Tell us your thoughts on any of the posts in the comments section.