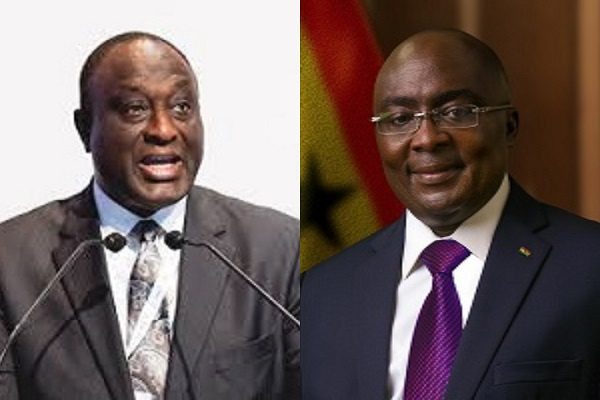 It is a little over 2 years to the next elections. However, the 2 major political parties in the country are already gearing their boobs for what lies ahead. For the opposition NDC the road is a little bit clear as john Mahama looks to be the leading candidate in the flagbearer race. For the ruling NPP the is a lot of competition ahead as many big wigs within the party are lacing their boots to contest.

Two of the leading candidates are Alan Kyerematen and Mahamudu Bawumia. Many see one of the two as picking the sole slot to lead the party. Some are also calling on the two to join forces and win power for the party. Francis Addai-Nimoh today, Tuesday, September 27, 2022 told Johnnie Hughes of the chances of the party in the next elections.

According to former Mampong MP, Alan and Bawumia are not favorites as many feel they are. He noted that he is rather the favorite. He debunked comments that popularity is what will win the day for the party and not really about capability. According to Addai-Nimoh there is no popular individual in the party. He explained that if Alan and Bawumia feel they are popular then they should contest as independent candidates and then they will know their smoothness level.

Addai-Nimoh added that it is the party that makes personalities popular and not the individuals themselves. He called for unity among all the ranks of the party to ensure the victory of the NPP. He boldly stated that breaking the 8 is possible but determinant on some conditions. When asked those who can win the NPP race he put himself up and added Kwabena Agyapong. According to him the lawyers and economists have failed and it was time the engineers also got their turn.