Okatakyie Afrifa Punches Back At Critics Over Burgled Pokuase Interchange

By Blind_Justice (self media writer) | 16 days ago 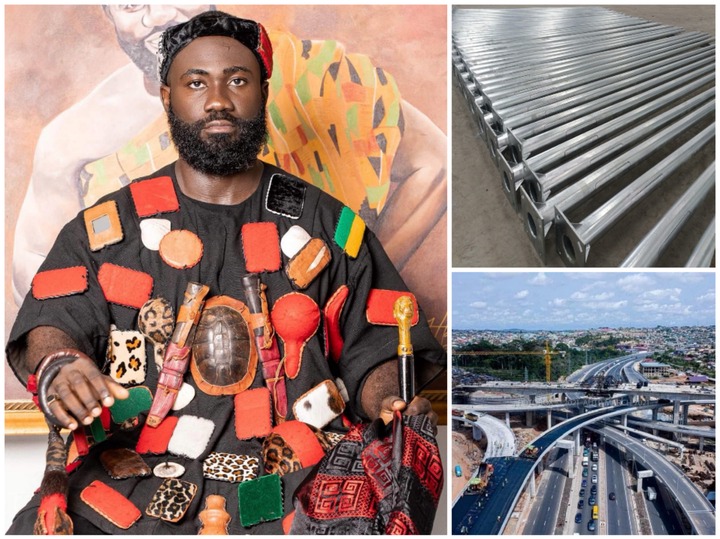 He argued that there is no sense in faulting them [#FixTheCountry] for the loss, adding that such situations could have been avoided if the state had been responsive and proactive in protecting national assets. Okatakyie Afrifa reiterated that civilized countries have employed technology to enhance their security mechanisms to ensure that national assets and lives are protected at all times.

He argued that the construction of the interchange should have been accompanied by the installation of surveillance systems to protect it against such burglary and other crimes around it. He stressed that other nations that are conscious about the development of their country and people are particular about integrating preventive and corrective mechanisms such that any person cannot escape arrest and prosecution.

“The same person who stole these things will be afraid to do same in other jurisdictions like USA, UK, Botswana, Singapore, Germany et al because they know they will be apprehended and be dealt with in accordance with the law,” he wrote on Facebook.

Throwing more light on his response to critics, Okatakyie Afrifa Mensah said “attitudes will naturally be fixed when you genuinely, permanently fix the country.” He meant that the government’s commitment to fixing the country would trigger a change in the attitudes of the people.

His comments come on the back of a string of criticisms pinned to the #FixTheCountry campaign on a Daily Graphic publication about the cannibalized Pokuase Interchange.

Before his reaction, controversial social media activist, Kwame A-Plus had argued that the problem at hand is a result of poor governance and bad attitude of the people. He held to a position that the installation of CCTV systems could make some good but the people should equally change their attitudes and be responsible and patriotic citizens.