By Brownzy_Writer (self media writer) | 5 days ago

Before adjourning the house today, Right Honorable Alban Sumana Bagbin made an interesting comment about Parliament's majority status. This was in response to the fact that there were fewer NPP MPs in Parliament as the session came to a close. The NDC, on the other hand, was well-represented in parliament.

In response, Alban Bagbin stated unequivocally that the NPP MPs were demonstrating that they were not in the majority. He compared the two groupings and came to the obvious conclusion that the NDC has the majority. 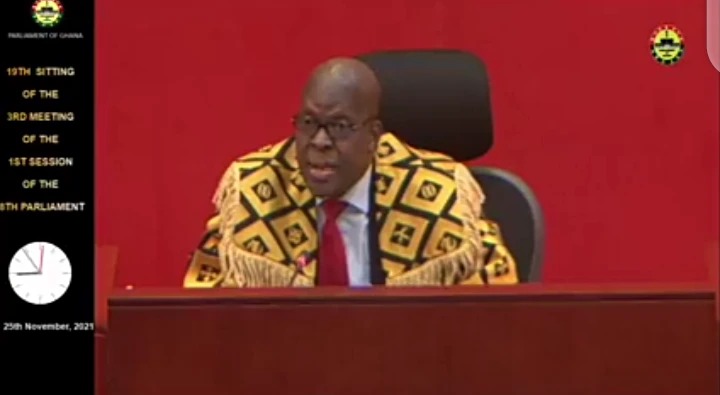 "I keep referring to you as the majority caucus. However, as you look ahead, you must see that you are no longer in the majority. In this case, you haven't learned your lesson. Just take a look at your numbers here and there and tell me who is in the majority."

Alban Bagbin later taught the NPP MPs on why they were granted majority caucus status.