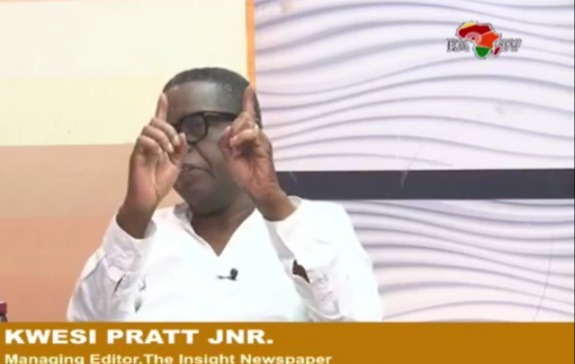 Outspoken media guru and Managing Editor of the Insight Newspaper, Mr. Kwesi Pratt has made another bold statement concerning the trending statement Mahama made on the next general elections. The firebrand Journalist has jumped to the defense of Mahama, while condemning media houses and political party communicators who have taken the statement out of context for propaganda. His latest comment adds up to his earlier comment in which he strongly blasted those who supported the All die be die statement, but have made a u-turn to chastise Do or Die.

He made this statement in an interview on today's edition of the Alhaji and Alhaji show hosted by Sena Nombo on Pan African TV. In a heated discussion, Mr. Kwesi Pratt indicated that it has become the behaviour of certain propagandists to misconstrue statements for their own agendas. According to him, it saddens him to witness how bias some media houses have been since the comment was made.

Speaking further, he made a disturbing revelation about his encounter with a radio station. Kwesi Pratt revealed that he was interviewed on another radio about his opinions on comment made by Mahama. To the shock of his life, the station was only concerned about the Do or Die part of the whole statement Mahama made. As an advocate for fairness, Kwesi Pratt revealed that he rebuked the particular radio station [name undisclosed] over their bias stand.

According to Kwesi Pratt, the host of show tried to compare the Do or Die comment to the long time one made by Akuffo-Addo during one of his campaigns. Kwesi Pratt registered his displeasure over the behaviour of the radio host and forced him to play the whole tapes of Mahama and Akuffo-Addo for Ghanaians to make the right judgement. 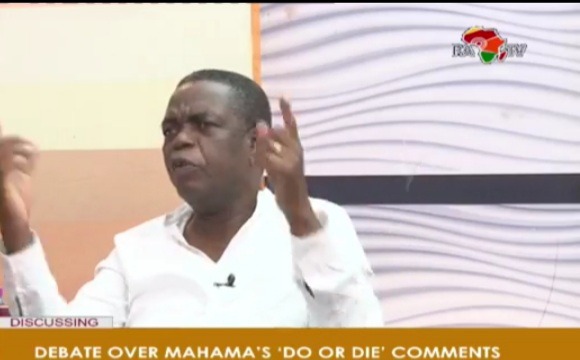 He said, "Some clever Propagandists have taken 3 words out of a long statement and invited public comments. That is what is happening. Unfortunately, that is not the actual statement. Yesterday, I witnessed the shock of my life when I was ingerb on another radio. I was asked about this particular comment and I told the host to play the whole tapes. You know they didn't play. I just said to him why he is discussing 3 words out of over 400 words."

"And there was a comparison between Mahama's and Akuffo-Addo's comment. I just asked them to play the 2 statements for Ghanaians to decide which is societal friendly. And I'm quite sure that if the people of Ghana hear these 2 statements, their judgement will be clearer."

What do you say about Kwesi Pratt's statement? Share your thoughts with us by commenting below.