On the matter of Domelevo;- A Ghanaian who goes on leave, returns as a Togolese? Ghanaians ask.

By Rasgambo1 (self meida writer) | 2 months

The New Patriotic Party (NPP) government is receiving bashing amongst the Ghanaian populace for the decision of the Audit Service Board to impede his resumption into office after his involuntary 167-day leave.

The action of the Board is seen as a shameful attempt by the government to prevent Mr. Domelevo from continuing his fight against corruption on the part of government officials.

Mr. Domelevo had vowed to do his job as the Auditor General by not compromising on the principles of his office no matter whose ox is gored. Base on this, he came clashing with the Senior minister, Yaw Osafo Marfo, where his ordeal began.

Mr. Domelevo was supposed to return to office after the leave today. When he was preparing to resume, it emerged that, the Audit Service Board, and it's chairman, Professor Dua Agyemang had written to him, telling him of an investigation that has discovered that;

1. He is not a Ghanaian, but a Togolese.

2. He is due for retirement last year and not this year June.

The news shocked several Ghanaians, and they have expressed their anger at the turn of events. People have concluded that, this is a clear witch hunt coming straight from the flagstaff house with the blessing of the President.

A Ghanaian who went on leave after some years of public service to Ghana, has just returned to duty as a Togolese?. That is the question for many Ghanaians. 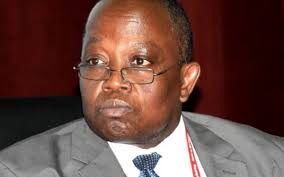 The conclusion drawn thereof, has simply been a plain attempt to use mafia tactics to prevent the man who many see as a corruption fighter, from coming back to his legitimate duty.