The people of Salaga

Salaga is a town and is the capital of East Gonja district, a district in the Savannah Region of north Ghana.[2] Salaga has a 2012 settlement population of 25,472 people.[1]

In the eighteenth and nineteenth centuries, Salaga served as a key market town particularly for the busy regional kola trade and controlling Salaga gave a monopoly over trade to the North and trade to the South.[4] Situated in the southernmost reaches of the Sahel, Salaga was referred to as "the Timbuktu of the south" for its cosmopolitan population and varied trade. Gonja, a powerful warrior kingdom, ruled Salaga and several other towns. However, Salaga being a cosmopolitan town was inhabited by the indigenous Gonja as well as Hausas, Wangaras, Dagombas, Gurmas and other groups from the region.

Salaga was central to the emergence of the Zabarima (emirate) as a power in the area that is now northern Ghana, when the scholar Alfa Hano and the warrior Gazari migrated here from their former homes south-east of Niamey in the 1860s.[5]

The Salaga market served as a transit point through the northern Sahel and the southernmost coast of the 'Sahel' as well as through the Dagomba towns of Kpabia and Yendi. This resulted in transport of cattle and groundnuts from Yendi via the Salaga market.[3] It also was the transit point through which kola was transported from modern day Ghana to northern Nigeria. During the Trans-Atlantic slave trade, Salaga also served as an important market from where slaves were transported to the coast for export. This is why a market in Jamestown is called the "Salaga Market". It used to be a slave market where the slaves from the Salaga slave market were sold. In 1892, civil war broke out in Salaga resulting in a mass exodus of mostly Zongo peoples out of the area 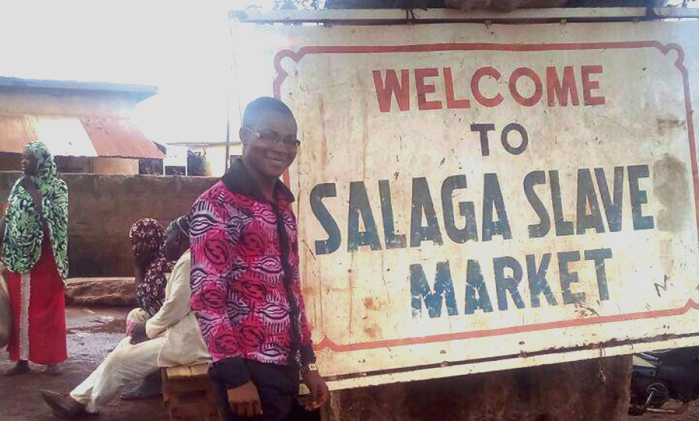