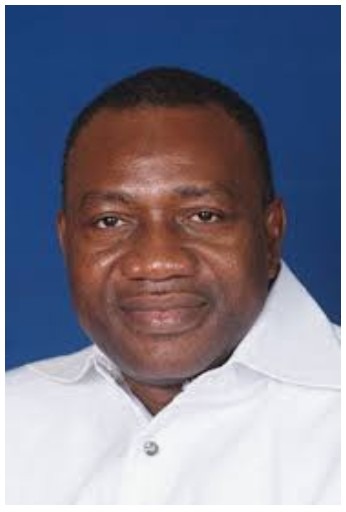 Abdul-Rashid Hassan Pelpuo is a Ghanaian politician. He is the current Member of Parliament for Wa Central constituency in the Upper West Region of Ghana. He holds a PhD in Development Policy from the University of Ghana, African Studies.

Minister for Youth and Sports

He entered the Parliament of Ghana in 2005 after winning a seat on the ticket of the National Democratic Congress in the Ghanaian parliamentary election in December 2004.

Pelpuo was a Minister of State at the office of the President when he was appointed Minister for Youth and Sports by President John Atta Mills in September 2009 following the resignation of Muntaka Mohammed Mubarak who was also MP for Asawase. He served in this capacity until when in a cabinet reshuffle in January 2010. he was replaced by Ghana's first female Minister for Sports, Akua Dansua and appointed deputy Majority Leader in Parliament instead. He was also voted one of Ghana's five Members of the Africa's Parliament in South Africa where he served for a term until 2013. In the John Mahama administration (2012 - 2016) he was appointed Minister of State at the Office of the President in Charge of Private Sector Development and Public Private Partnership (PPP). He was also a member of the Economic Management Team (EMT). In the 2016 he won his seat for the fourth time for another four-year term as the Member of Parliament for the Wa Central Constituency. He is presently the chairman of the largest caucus in Parliament of Ghana, The Population Caucus and Leader of the Parliamentarians for Global Action, Ghana Chapter. He also holds the chairmanship of the Government Assurance Committee, an important oversight committee that monitors and holds government Ministers to task for promises they make to the people and don't follow up on those promises.[citation needed]