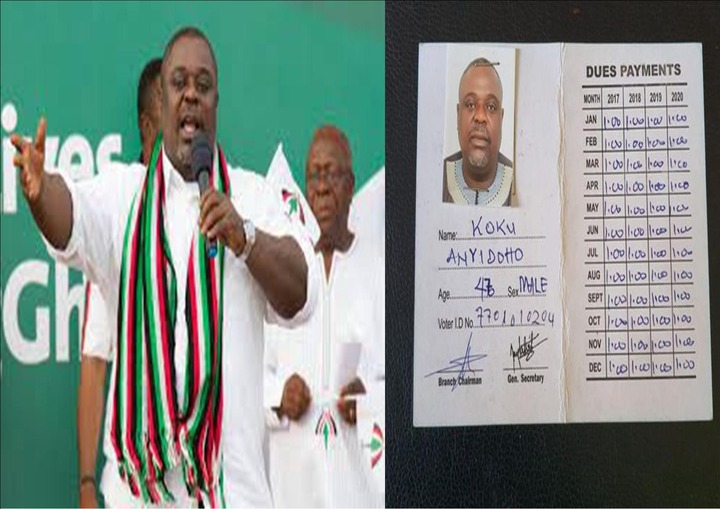 The General Secretary of the National Democratic Congress (NDC), Mr. Johnson Asiedu Nketia has yesterday, 27th July 2021 signed a letter officially expelling the former Deputy General Secretary, Mr. Koku Anyidoho from their party. As many Ghanaians can remember, Mr. Koku Anyidoho has been under suspension for a very long time but it appears the NDC has finally decided to say bye-bye to him.

According to the letter, the Functional Executive Committee (FEC) found out the allegation against Koku Anyidoho of misconduct and anti-party behavior was true and therefore found him guilty. Parts of the document signed by Johnson Asiedu Nketia reads "You are, therefore, by the decision of FEC expelled from the National Democratic Congress and for that matter, you are no more recognized as a member of the Party and cannot carry yourself as such".

After this, Mr. Anyidoho took to his official Facebook page and use the lifestyle of Joseph in the Holy Scriptures to replied the NDC. Some NDC members seem to be very happy as they have displayed the amount of money paid by Mr. Koku Anyidoho as dues from 2017 to 2020 to the party. They hilariously stated that he should come for his GHS48.00 thus is his dues from 2017 to 2021 are in your picture below. 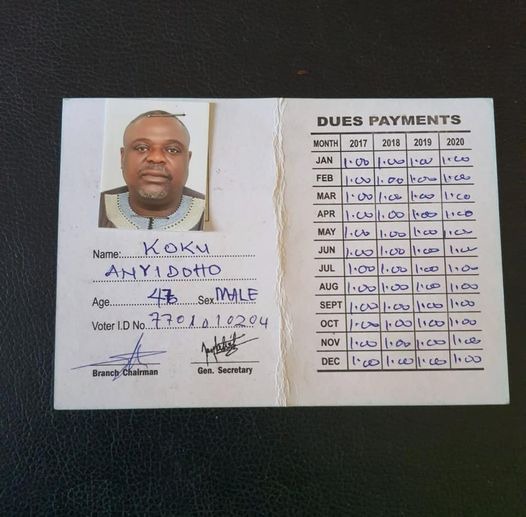 This is because he is exempted from paying dues to the NDC. But some Ghanaians argued that he might be paying dues before 2017 and that NDC should stop making a mockery of him because he has contributed to the party in diverse ways. Others also said that Mr. Koku Anyidoho is a fine gentleman who tells the truth always that is and because NDC does not like the truth, they expelled him. 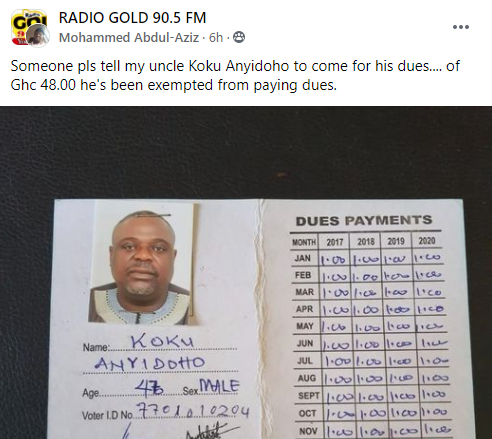 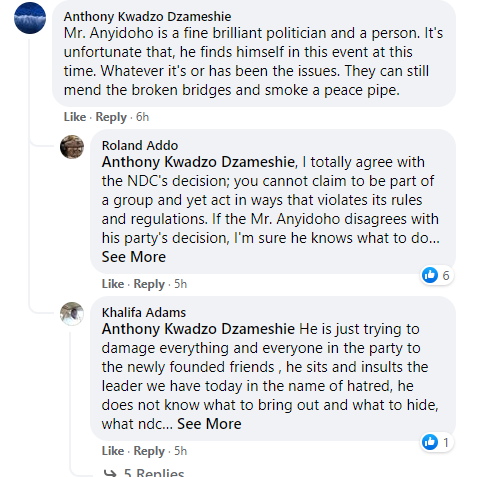 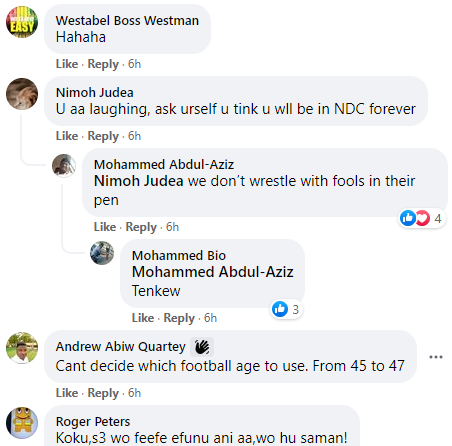