Take My Name Out Of Your Fake News - Former President Kufuor Goes Plain-plain. 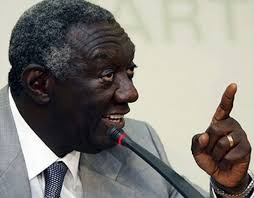 Former President John Agyekum Kufuor through his spokesperson has courageously descended on some media reporters who tried to dent his hard earned reputation. The former leader told them plainly to take his name out of their fake and concocted news.

In a press release, Former President John Agyekum Kufuor debunked rumours and publications which stated that he has endorsed Dr. Mahmoud Bawumia as the next Presidential candidate for the ruling New Patriotic Party.

According to him, he has come far to Disrespect the NPP's Constitution which binds him. Per the Constitution, nominations hasn't even started. Former President John Agyekum Kufuor further explained that Vice President Doctor Mahmoud Bawumia's visit to his residence was to celebrate him on Father's day. It wasn't an endorsement ceremony or whatsoever. There were other Dignitaries like Kwame Sefa Kaye and others.

He further reiterated his unbiased stance and allegiance to anybody who is selected to lead the New Patriotic Party. Been it Bawumia, Alan Kyeremateng, Kennedy Agyapong or whoever emerges.

Below is the full press release as summarised above. 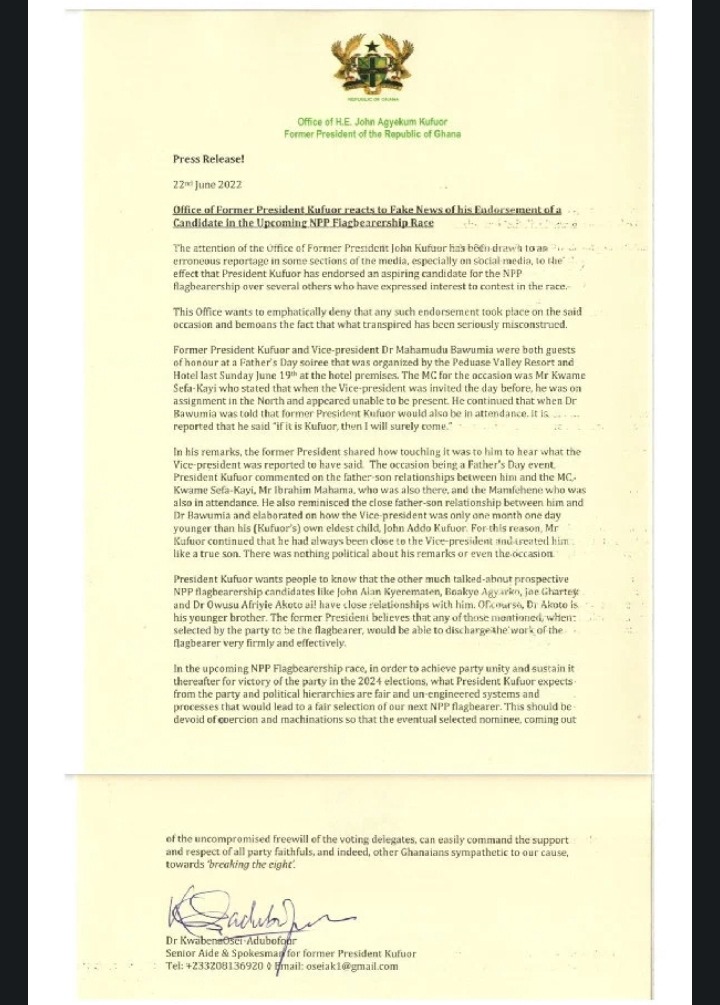