Honorable Frank Annoh Dompreh, who also serves as the Majority Chief Whip in parliament, has responded to a comment made by Hopeson Adoye on Saturday. In the House of Representatives, Mr. Dompreh represents the Nsawam Adoagyiri district. 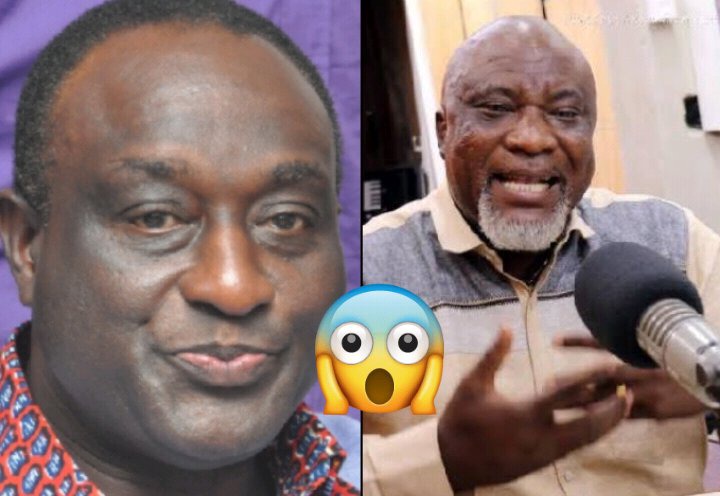 Remember that Hopeson Adoye, who appears to be their leader, made several unpatriotic comments during the Adurowoso Health Walk in Kumasi, which was organized by some admirers of Alan Kyeremanten. Several people on different social media sites and among the NPP membership have responded to these comments.

He claims that every single NPP presidential candidate in history has chosen a running mate from the country's northern regions. He continued, "It's quite conceivable that Alan Kyeremanten, in keeping with the history of the party, will select his running buddy from someplace in the Northern portions of the country." As is custom at this sort of gathering, this was spoken.

According to Frank Annoh Dompreh, Alan Kyeremanten needs to kindly urge Hopeson Adoye to retract his statement as soon as possible. After announcing that the party will not tolerate such tactics in election campaigns, he cut off further comment.

"Chief Alan Kyeremanten must immediately call his Director of Operations, Hopeson, to demand that he publicly rescind his appalling remark. You can accomplish this right away by giving Hopeson a call. We are a great party with deep roots, so let's run a campaign that is above reproach "He set up a marker, such as a sign or a post. 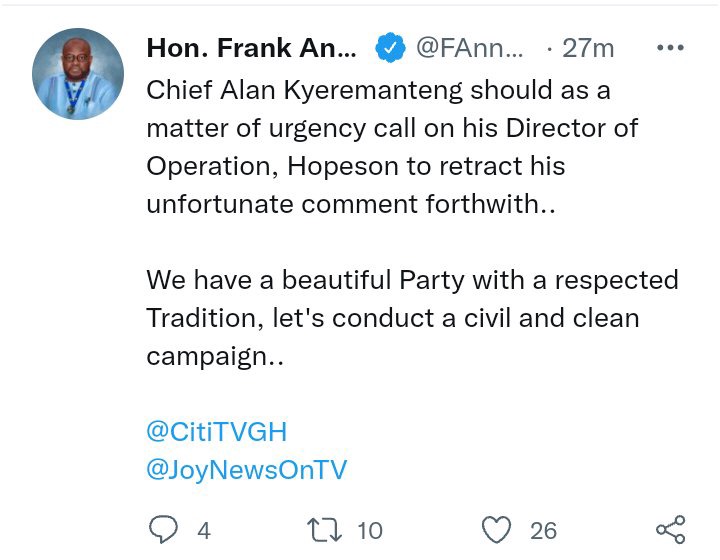 Hopeson Adoye, on the other hand, has responded to this developing story by making it quite plain that the media has misunderstood what he meant. According to him, he never suggested that he considered Northerners to be qualified contenders for the position of running mate. He insists he never made such a statement.