10 Reasons Why NPP Struggled To Win The 2020 General Elections

By Ackson4Ever (self media writer) | 1 year ago 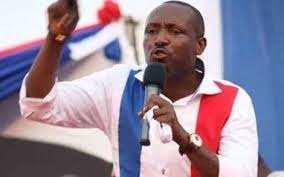 Ghana's election 2020 is over and the New Patriotic Party emerged victorious with a renewed mandate to rule for another 4 years. This victory did not come cheap as the opposition NDC party pulled a lot of surprises in both presidential and parliamentary votes. The NDC managed to snatch about 32 seats from the NPP in a manner that shocked even the devil.

Going into the elections, the NPP believed they had done so well that opposition NDC might be lucky to get 30% of valid votes cast, or manage with 20 parliamentary seats out of 275 at best. It turned out sour. The following reasons could explain why they nearly lost to the NDC:

Between August 2017 and 2019, about 9 indigenous banks had their licenses withdrawn by the Central Bank. This was primarily due to poor corporate governance, fraud, negligence and mafia-styled criminal activities by owners of those banks. A new bank was quickly setup to absorb customers of the affected banks to facilitate payment of their deposits. About 347 savings and loans companies were also shut down for similar reasons. Even though the NPP government did well to pay about 90% of affected depositors, many still claimed they had not been paid. The opposition NDC took advantage and used it against the government in their campaign.

The inability of the ruling party to explain properly to Ghanaians what actually happened to those banks cost them lots of votes in the elections. No arrest of BoG's supervising officials have been made. No bank owner too is in jail yet. The few attempts by government officials to explain their case on radio was mostly in big English, or semblance of twi with 75% English words the size of titanic. Meanwhile the opposition propaganda attacks were 100% slow audible twi at local fm stations around the country. Many voters were swayed.

On 6 November 2019, the opposition NDC released a list of 51 appointees in the NPP government which they claimed were direct relatives of the president. Although some names on the list only shared one name or the other with the president's, the NPP couldn't free themselves from this tag. Some Ghanaians bought into this accusation and voted against NPP party.

Some NPP party executives behaved as demi-gods. They caused lots of problems to the party during their parliamentary primaries which resulted in the loss of popular potential candidates. The larger voters in some of those constituencies had the last laugh.

In June 2020, a total of 374 aspirants contested in 168 constituencies. Of the number, 325 were men and 51 women. 67 of the aspirants contested unopposed and were acclaimed by delegates of the party in the various constituencies. After the primaries, news were rife in the media on the level of affluence shown by the candidates. Whereas some gave out brand new TVs to delegates, others donated bicycles, motor bikes, taxis, farming equipment, US dollars and huge sums of Ghana Cedis. These resulted in the election of unpopular candidates with deep pockets that could not survive the general elections. 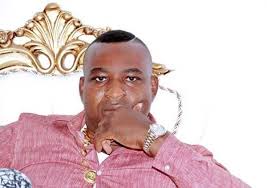 The PDS deal, Agyapa Deal and numerous other "scandals" were hyped by the opposition NDC in the media. With rampant press conferences, they succeeded in convincing Ghanaians that the government of Nana Akufu Addo was corrupt, with little or no evidence. The ruling NPP always responded with big grammar on Accra based radio stations thinking every Ghanaian listened to political programs in the morning. They ignored the countrysides.

Illegal gold mining popularly known as galamsey is wide spread lucrative business in Ghana. Those involved in this activity do not follow good environmental practices. Their activities has polluted about 80% of all water bodies in the country. It has also turned lots of lands useless for farming. They refuse to cover large holes they dig in farm lands and forest areas. This has impacted negatively on Ghana's cocoa production. Whereas Nana Addo swore to band this activity, the leader of the opposition NDC, John Dramani Mahama, promised in his campaign that he would allow them to operate when voted into office. The NDC won in almost all galamsey communities. The seizure of excavators from these miners which mysteriously got missing, coupled with some fraudulent activities of task force setup to handle "galamstop" operation worsened the case for the NPP. 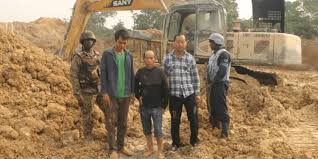 Even though customers of Menzgold came to the realization that their investment had been lost to a ponzy scheme, the inability of the government to help those customers to retrieve their money was so infuriating. The CEO of Menzgold, Nana Appiah Mensah, was walking the country freely. Most annoying was his claim that the government had refused to unfreeze his account to enable him pay all affected investors. They ultimately expressed their displeasure in the votes cast.

Whereas Nana Addo and Vice President Dr. Bawumia were shouting on campaign platforms that Takoradi Interchange was under construction, there was actually no contractor on site. Imagine hearing in a taxi that the very roundabout where you stand is under construction whiles it's not. Then barely one week to election you see machines excavating. The opposition NDC campaigned it was a deceptive project. Mpohor road was started just one month to general elections when the president had cut sod 2 years ago. Everybody felt they were being fooled with phantom development projects. This was the case in Western Region and other parts of the country.

The NPP suffered what in business is called lack of marketing. Having done so much development in just 4 years, they failed to let Ghanaians see what they have done. They assumed voters would see them on Facebook, YouTube, Instagram or Twitter. They forgot that up till now my mother does not know how to call me with her phone. She always needs someone's assistance. Most Ghanaians have not heard the railways is being constructed from Tema to Burkina Faso through Volta Region. They think Nana Addo has collapsed banks instead of saving it. They think nothing else has happened apart from free SHS. The list is endless.

The NDC is a very effective election winning machine. The votes they had shocked everybody including themselves. The NPP should quickly understudy NDC's election winning tricks and apply them. They also have the most effective propaganda machine in the history of Ghana politics. They largely succeeded in convincing Ghanaians that Nana Addo had received bribe in his office with an edited 2016 video clip. They convinced voters that a huge sum of money has gone missing from Ghana Commercial Bank that is why Nana Addo and his ministers set fire into Circle Branch of GCB. 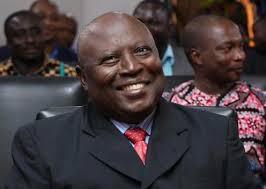 The appointment of Mr. Martin Amidu as Special Prosecutor was hailed by all Ghanaians including myself. Little did we know that we were rearing a snake in the bedroom. President Nana Akufu Addo is one of the most honest politician in the history of African politics, apart from Dr. Kwame Nkrumah. For Mr. Martin Amidu to label him as corrupt in the media just a few days to elections gave some strength to NDC's long time accusations of corruption. The timing of his (Amidu's) resignation and his damning reasons was not only uncomfortable, but a strong ammunition to the opposition.

Give us your thought if you know any other that should have been on the list. Thanks for reading. Please follow me and share the story.

Content created and supplied by: Ackson4Ever (via Opera News )

What Happens When One Conjoined Twin Dies Before The Other