*A VOICE FROM AFAR*

*A TRIP DOWN MEMORY LANE*

*THE FACTS OF A DISTORTED HISTORY*

It is said time and again that, the best place to hide a precious asset from a black man is in book. The current developments and conversation around the just ended elections confirm this assertion that, this country never learns from the facts of history.

It is never true that this is the first time results of parliamentary elections have been so closed, and the facts of history does not support it.

Politicians, social commentators and even the media who have taken a centre stage of this discussion do not read.

The presidential and parliamentary elections in 1979 was held on 18th June, 1979. When there was no winner, a second round of elections were held in 9th July, 1979, where Dr. Hilla Liman's People's National Party won by 62.%, with Victor Owusu getting 38%.

In that election, 140 parliament seats were contested, where Liman's People's National Party got 71 seats

The opposition parties won 69 parliamentary seats and the details are given below:

So all opposition party formed an alliance given them a total of 69 parliamentary seats, while the governing party had 71 seats.

General A. K. Afrifa had won the Asante Mampong north parliamentary seat for ACP but could not sit in parliament due to his arrest.

Dr. Liman appointed five of his members of parliament as ministers so they were required to resign from parliament

This incident made the Liman's ruling party having minority in parliament.

In 1981, the ruling party, Dr. Liman's government presented his budget statement and fiscal policy to parliament and the budget was rejected by parliament because he lacked the majority

That singular decision affected Liman's government because he could not carry out his program.

In fact, the over throw of Liman's government is partly attributed to the rejection of his budget.

So how can people say that this is the closest parliamentary elections ever in the history of this country?

People must read and research into our history and stop misinforming people on what is factually inaccurate. 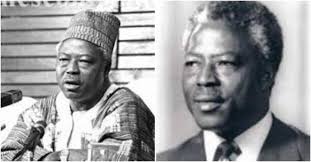 Content created and supplied by: ylable.com (via Opera News )

More Troubles for The EC As Honorable Edward Bawa Makes This Intelligent Analysis And Revelation.