By Discoverers_Gh (self meida writer) | 1 months 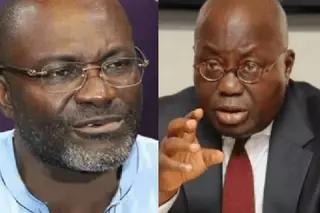 Chairman of Parliament's Defence and Interior Committee, and the legislator of the Assin Cental Consistency, Honorable Kennedy Ohene Agyapong has sent another powerful message to the president of the republic, Nana Addo Dankwa Akuffo-Addo on his popular Net 2 TV on Monday, May 17, 2021 on the issue of galamsey (illegal gold mining activities in Ghana).

According to the vociferous Member of Parliament for Assin Cental, President Nana Addo Dankwa Akuffo-Addo, who has taken upon himself to fight galamsey has rather a lot of his officials involved in the activity themselves, and so would have to first and foremost clean his own house if he really wants to win the fight against galamsey in the country.

He said that he particularly pity President Nana Akuffo-Addo because his own party members and bigwigs and officials are massively involved in galamsey which he would have to deal with first if only he would want to fight and win this battle. 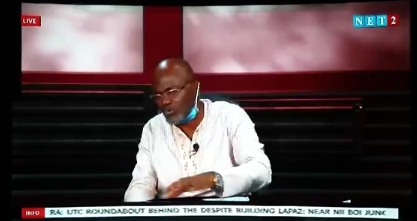 "I personally pity President Nana Addo because I know a lot of his own officials who are massively involved in galamsey. I advise that he first of all thoroughly clean his own house if he would want to win the fight against galamsey operations in Ghana," Ken Agyapong revealed on his popular Net 2 TV.

The legislator further disclosed that most of these members of the New Patriotic Party are Municipal Chief Executives (MCEs) and influential politicians.

In respect of this, he is singularly happy and fully support government's initiative to destroy and burn down escavators and bulldozers seized at galamsey sites. Because, if this isn't done, they would sell them in a nearby country or even return them back to the owners because of their high political influence.

Honorable Kennedy Agyapong also disclosed that members of the National Democratic Congress (NDC) are also involved in the galamsey operation. He went on to say that if anyone dares or challenges him, he will specifically mention names.

Ghanaians React As Tilapia Drops This Cartoon About The Presidential Jet

Minister Joins Security Task Force To Arrest Galamsey Kingpin; Found Guns And Other Things With Him

Nana Agradaa Reveals In A New Video That She Is Still Unbreakable After The Court Ruling (Video).