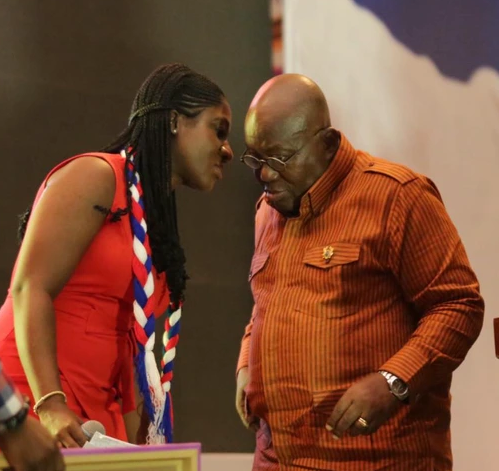 Peter Mac Manu is NPP's election guru. Since he was defeated as Chairman of the NPP party, and led the NPP and Nana Addo, to a near landslide victory in the 2016 elections, both the leadership and members of the party, have seen him, as capable of delivering wins for the party at all cost.

And has therefore been tasked with the all important duty of ensuring the party's win. Despite an unimpressive performance of the party's victory in the just ended elections, and his last minute admission that the EC failed in its duties, by mistakenly giving out votes, that the ordinary voter never voted, to the NDC, many observers knew he had literally blown up the NPP's case in court, until the President's lawyers, successfully help him to evade testifying, thanks to a unanimous decision by the judges of the supreme Court.

Fast forward, Peter Mac Manu, who is married and has five (5) children, is indeed happy, as one of her daughter-in-laws, after many years of working as a network marketer, was appointed to the Deputy Directorship of the all important National Youth Authority and tributes have been pouring in fast for her. 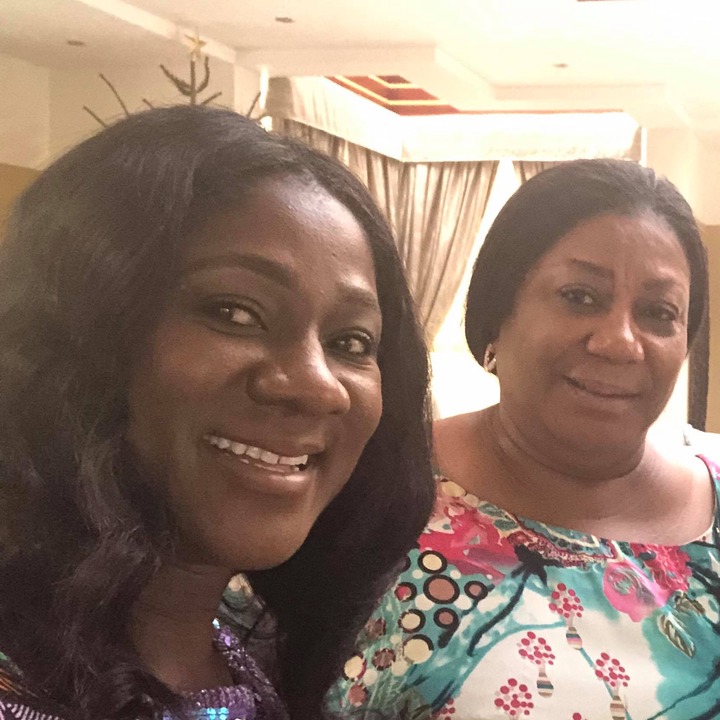 Before we even go into the details, its worth noting that, the Dictionary defines TRIBUTE as "an act, statement, or gift that is intended to show gratitude, respect, or admiration," and hence, before you or anyone think only about death, please, this tribute to her, is in the celebration of her birth anniversary please.

Peter Mac Manu's Daughter-In-law, named Akosua Manu, celebrated her birthday yesterday and the pretty wife and mother in her Facebook post had shared that:

"Chale yesterday nu, the love and well wishes really really humbled me. Your thoughtfulness on my birthday is a gift I will always treasure. It reminds me of what we mean to each other. You all are a blessing to me in ways you cannot imagine.

Thank you for making my day special," she wrote. 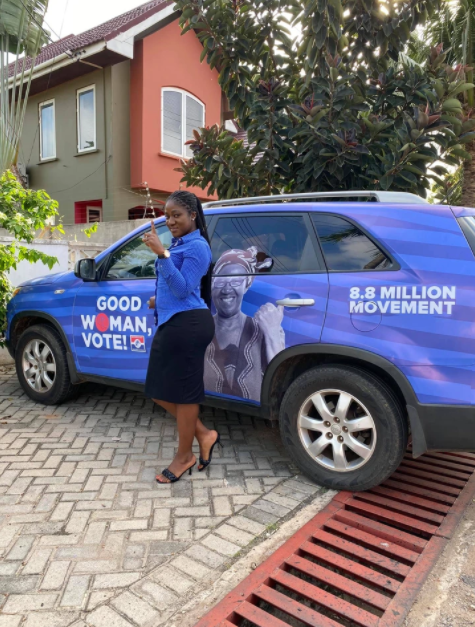 With her birthday over and the celebration held in a coded area, with some of the wealthiest people in government, their family and friends showing up for the expensive enjoyment of an added year, one would have imagined that, it ends there, but the tributes (as the dictionary said, celebrations) are pouring in fast still and some of these included the following comments:

RichKweku Kpando Constituency writes "You over deserve it la... You a good woman. God bless you."

Alidu Abdul Wahab writes "You deserved more than that yesterday. May Allah continue to bless you beyond human imagination"

Jemima Audrey Annan writes "Belated birthday wishes Akosua Manu. Trust you had a wonderful day. May God bless you abundantly and crown you with success in all your endeavors. Cheers" 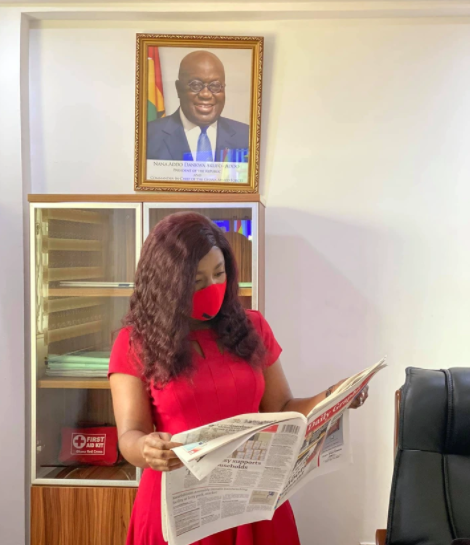 Okailey Brown writes "This your look like the lil professor in your house. You deserve more"

Micah P Oben writes "Glad you had a day as awesome as you are. Enjoy your year boss lady"

Fahad Mohammed Sulemana writes "You even deserve more than this."

Moses Adikah writes "That your look is doing me something la"

Akosua Manu, is much loved and followed on social media, and boasts of a verified page on Facebook, with nearly 23,000 persons following her. She also uses wits and humour, to present some fun facts, which are definately aimed at throwing shots at the opposition NDC.

For instance, concerning the buying of past questions by the Ministry of Education, she posted that:

"Passco is ‘apor’ ? Na 3y3 hypnosis anaa s3 dark arts to get people to believe such? Meanwhile, if it's for Maa Becky its illegal but if its for theirs its stronger than tithe."

Another viral post, which absolves the Nana Addo=led government, of any responsibilities in the various floods, that has been occasioned due to gutters that have not been desilted by the local authorities read that:

"Half of Western Europe is under water. 44 dead so far. Floods!! Ohh their leaders have failed anaa? They didn't invest in infrastructure?" 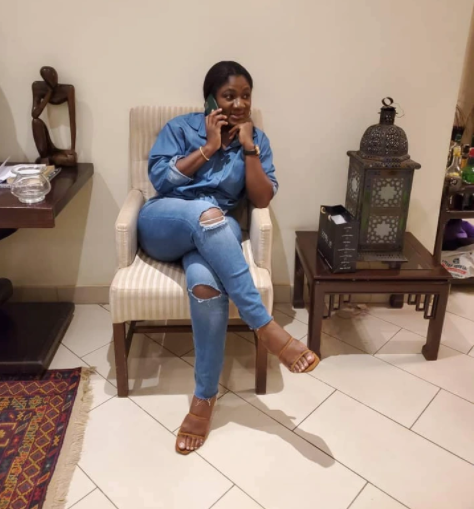 Most recently as last week too, Deputy Chief Executive Officer (CEO) at the National Youth Authority (NYA) in-charge of Finance and Administration, Akosua Manu, had educated women on ways women can fight power imbalance in leadership, as according to her, the “deep-rooted power imbalances” cannot just crumble and fall without any action taken.

Thus, during her presentation at the NUGS Handing Over and Leadership Training, the Deputy CEO charged women to fight for better economic conditions and property rights, while building stronger sisterhood and alliances. She added that women must have the self-belief to chalk success in leadership positions.

Speaking under the theme, ‘Women in Leadership; 21st Century Model’, Akosua shared that, in some instances women politicians have been denied access to financial, material or other economic resources for electoral purposes which are available to the male counterparts. This, she believes amounts to economic violence.

She encouraged women to look out for these signs of economic abuse and fight against them. “Fighting for better economic conditions and property rights is vital to our progress”, she added.

Akosua Manu also observed that women are the group most victimized by sexist oppression. According to her, this oppression could affect women’s self-belief as some want women to believe that they are “valueless and only obtain value only by relating to or bonding with men”.

Proposing a solution to this problem, the political activist advised, “We are taught that women are “natural” enemies, that solidarity will never exist between us, because we cannot, should not, and do not bond with one another. We have learnt these lessons well. We must unlearn them if we are to build a sustained movement. We must learn to live and work in solidarity. We must learn the true meaning and value of Sisterhood”.