News reaching the South from the North has alleged the Former Minister for Aviation under President Nana Akufo Addo's first term (January 2017 - January 2021) dead. The former minister is alleged to have died this early morning after battling a short illness. Breaking the news, De Accra Mayor, wrote a simple tribute wishing the deceased former head of state at the Aviation Ministry well in life after death. Star FM 103.5 has also confirmed the news. 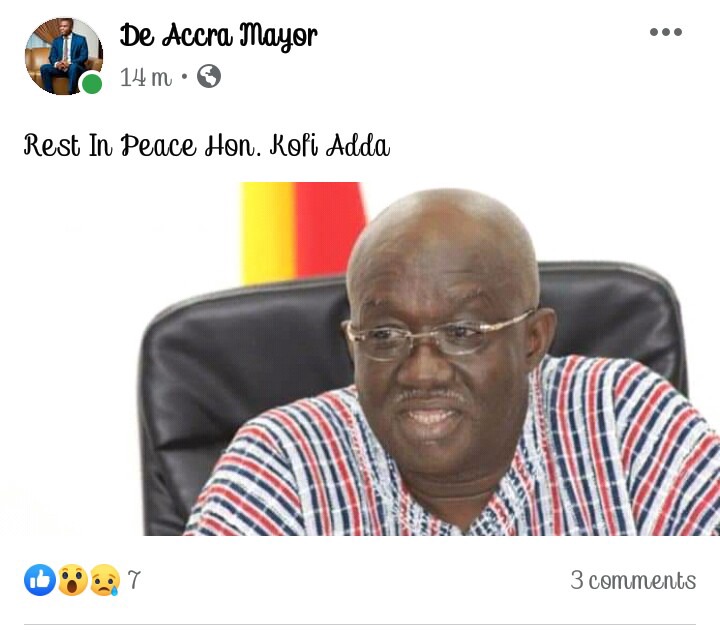 Born Joseph Kofi Kowe Adda on 22 April 1956, was a prominent man and Financial Economist and a Management Consultant by profession who rose from the ranks of a civil servant to a powerful politician when he was appointed a minister in the Kufour administration in 2005. The former President John Agyekum Kufour (2001 - 2009) appointed the late Hon. Kofi Ada as a Minister of Energy. He was reappointed as a minister of Aviation when NPP return to power in 2017.

The late Kofi Joseph Adda had his early life in Sekondi Takoradi with his parents and siblings. He attended the St. John's School in Sekondi and went ahead to Indiana Wesleyan University in Indiana, the United States for his Bachelor of Science degrees in Economics and Political Science. 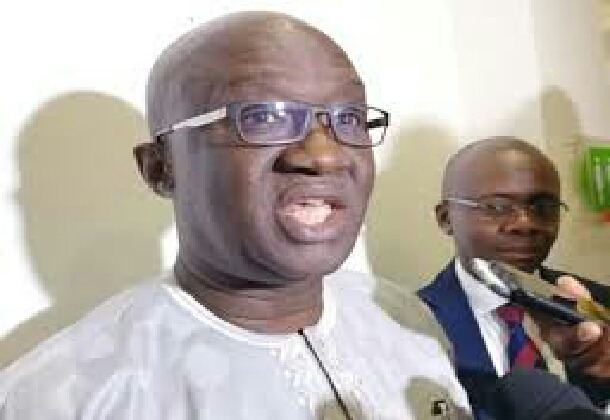 He furthered his studies for a double Masters Degree at the prestigious Columbia University in New York, where he majored in International Affairs, Banking and Finance, and African Studies.

In 1988, the late Hon. Kofi Adda was allowed to study French and Civilisation at the Sorbonne University in Paris, France, where he was given a certificate in 1989. He moved to Ghana in 1990 and begun a full-time career with the Ministry of Trade and Industries as an Executive Management Consultant after he had served in a junior role at the same ministry in 1979. 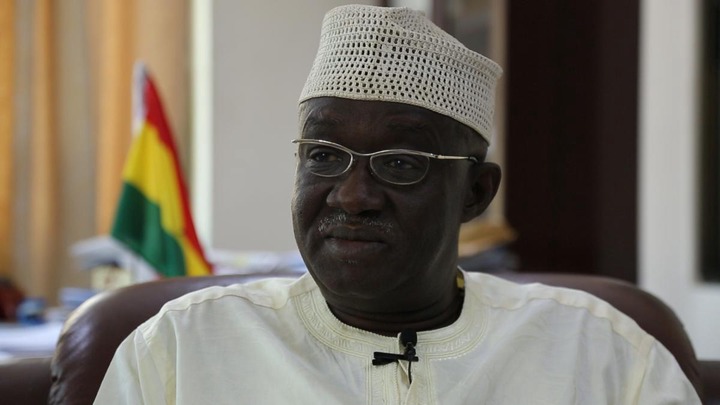 He was later appointed as the substantive Minister for Manpower Development and Employment by President John A. Kufuor in 2005 and became a cabinet Minister for Energy in April 2006. From 2003 as a by-election MP to elected MP in 2004 to re-elected in 2008, Hon. Joseph Kofi Ada was able to hold his seat until 2012 when he lost elections to Mark Woyongo. He came back to win the seat in 2016 where he held onto power from 2017 to 2021, when he lost the NPP primaries.