In view of Ghana being a democratic nation, it allows for the expression of one's views and opinions on matters or situations arising in the country. For some time now, many views and opinions have been heard on the recent happenings in the country especially when it comes to the actions of the military in handling situations. Many have called on the leadership of the to be up and to demand justice for some individuals who as a result of military actions have been injured or lost their lives.

The Director of Elections for the National Democratic Congress (NDC), Mr. Elvis Afriyie Ankrah exercised that right as mandated on every other citizen to speak on recent happenings in the country.

Mr. Afriyie Ankrah said that the Nana Akufo-Addo adminstration and the NPP were benefitting from all the recent happenings in the country. Mr. Ankrah added that though one may argue that the president might not have directly given orders to the military or security personnel, he doesn't seem to sanction anyone when the actions of the security forces cause unfortunate things happen. 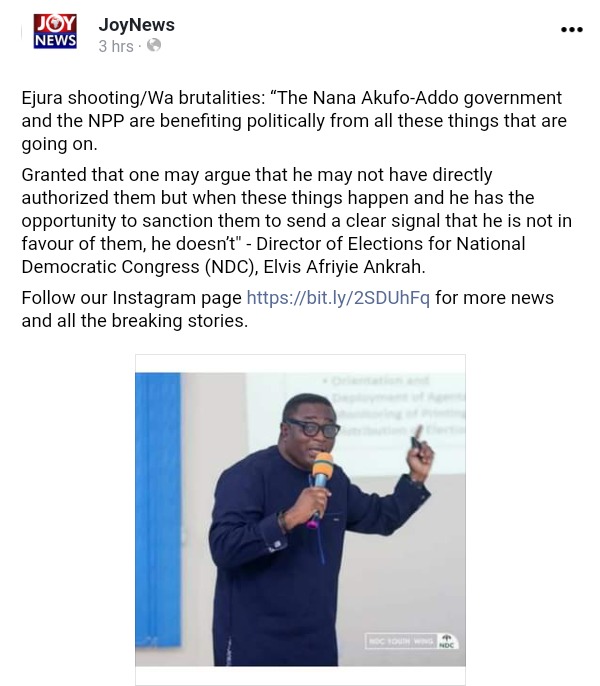 The reactions of many ensued when Joy News posted on its Facebook page the statements made by Mr. Elvis Afriyie Ankrah. Several social media (Facebook) account users reminded the political figure about the 2014 World Cup where there were some allegations of embezzlement of funds. Many asked whether he was sanctioned for his acts. Others also pointed to the comments made by the largest opposition party, the NDC to make the governance of the country unbearable when the NPP took over the helm of affairs. Several things were pointed out to Mr. Ankrah as shown in the reactions below: 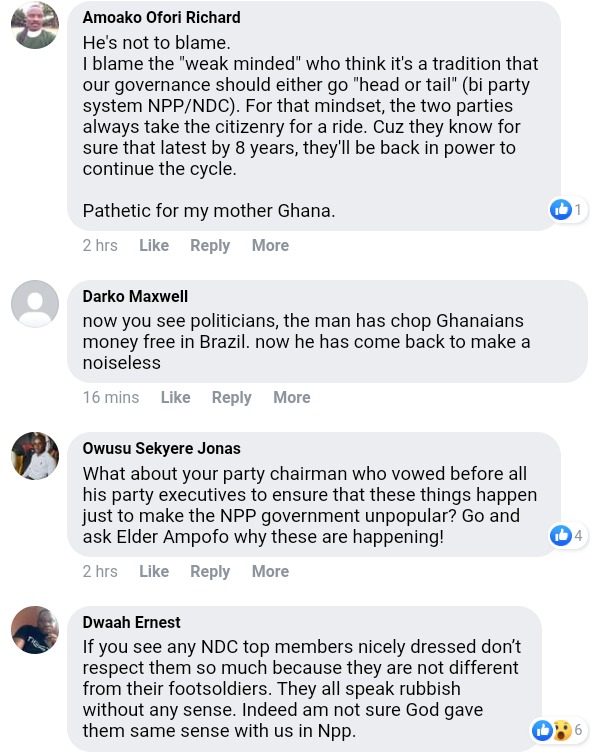 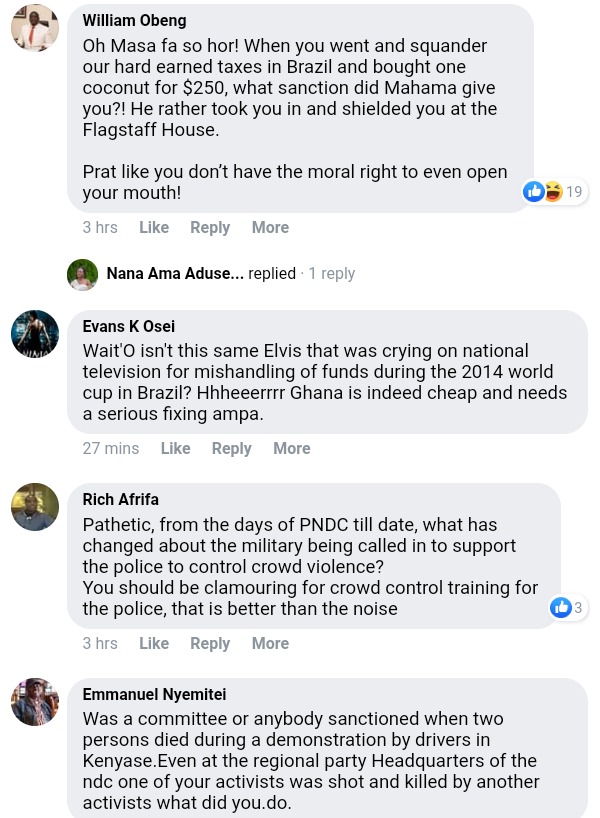 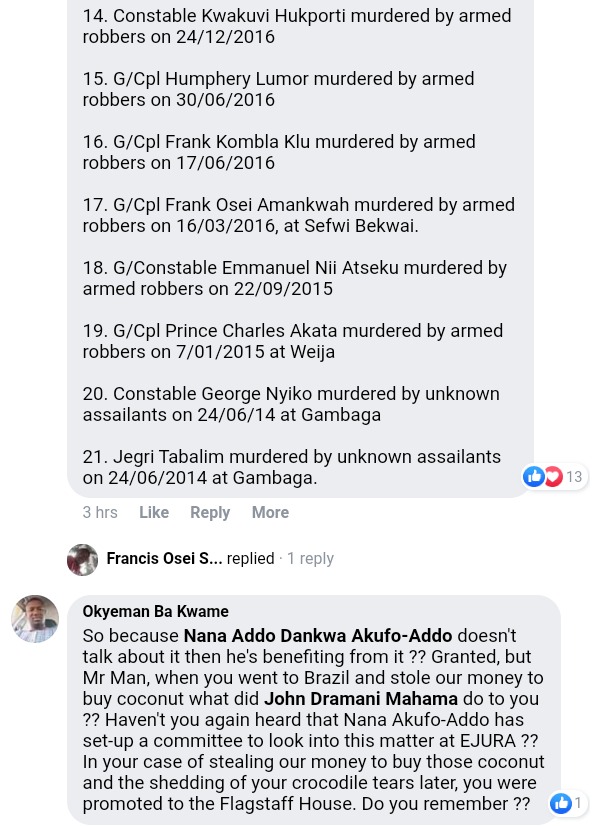 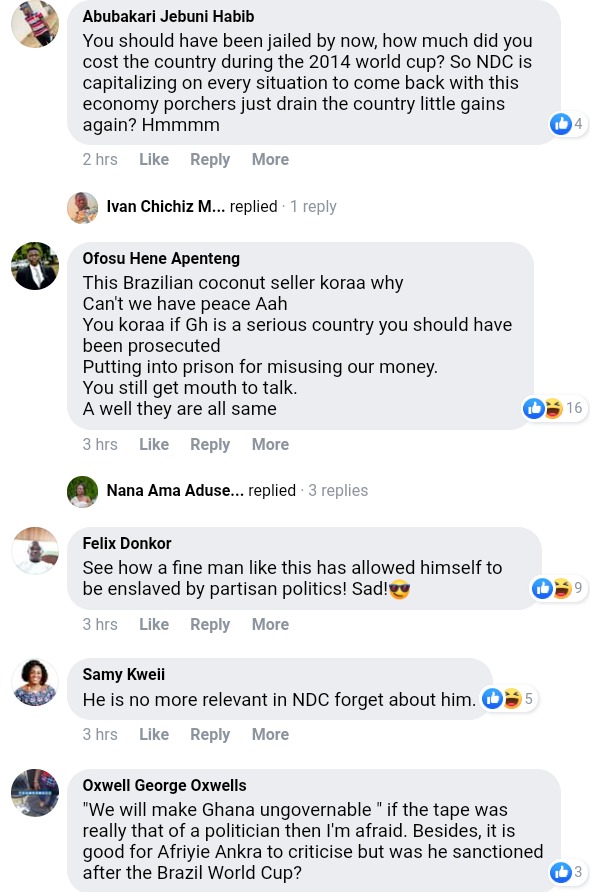 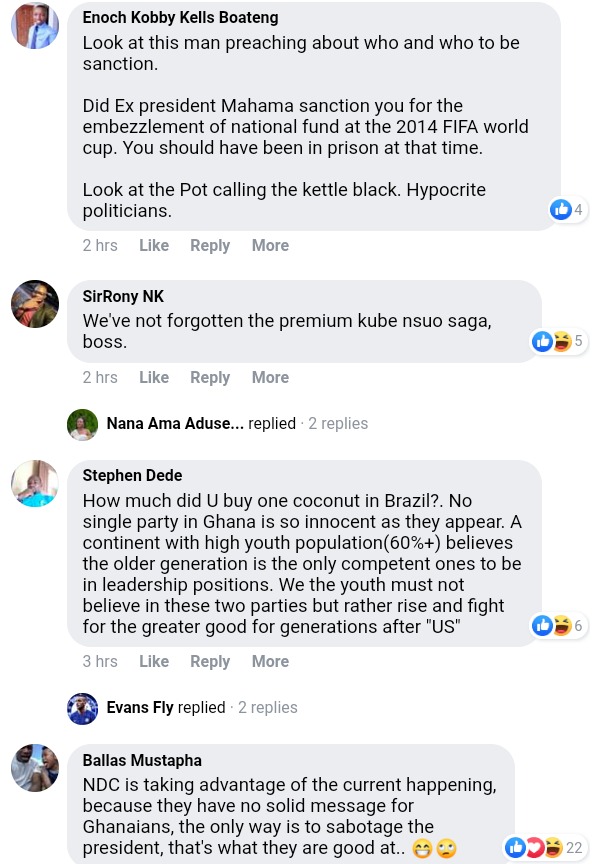 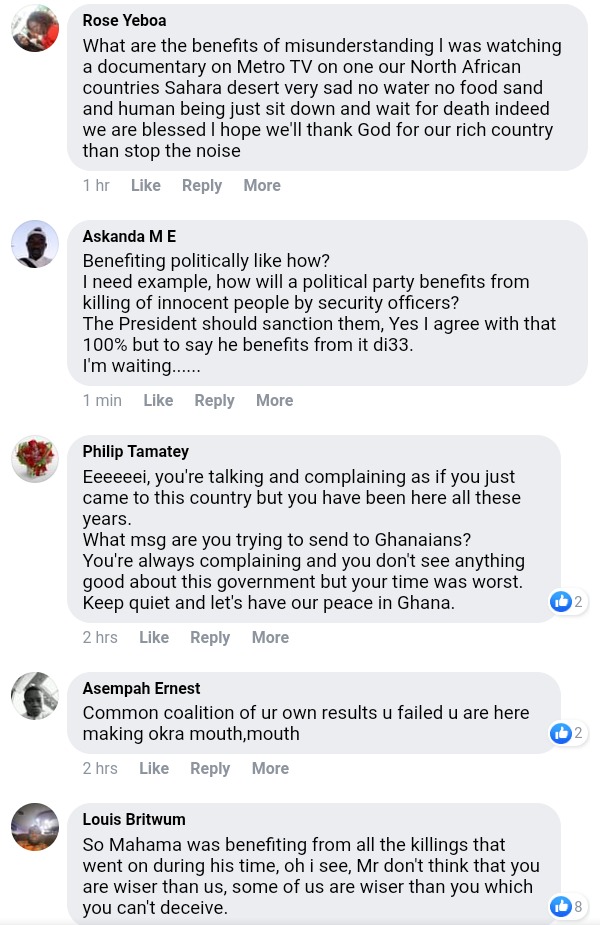 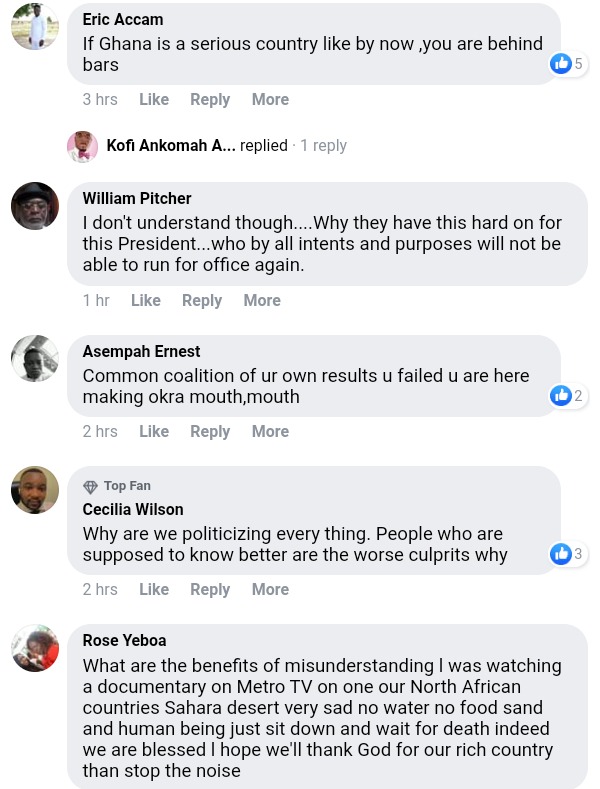