By Tinchie (self meida writer) | 23 days 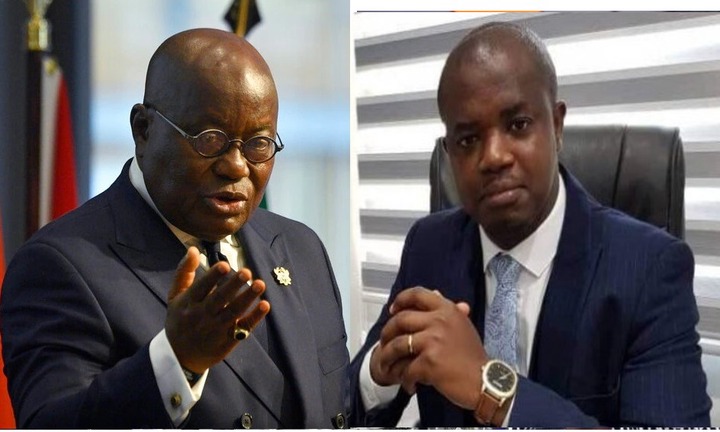 A spokesperson for the opposition National Democratic Congress (NDC), Edudzi Tamakloe has contended that the 2024 election shall be a fierce contest between the governing New Patriotic Party (NPP) and theirs. He avers the record of mismanagement and corruption that had riddled President Akufo-Addo's administration shall form the basis of comparison for every Ghanaian during the election day.

Mr. Tamakloe stressed that things could have been much worse under the current administration if the NDC had not been vigilant and a powerful opposition to check on the government.

He disclosed that the NDC has documented every single detail of misdeed by the current government and shall resort to it in its campaign and political communication so as to retire the New Patriotic Party (NPP) for good.

Speaking on Metro TV's Good Morning Ghana show, Mr. Tamakloe remarked that corruption has been invasive and pervasive in Akufo Addo's government, adding that it is unfortunate they [NPP] had resorted to politicize it. He intimated that the NPP will inherit the bad record of President Akufo-Addo in the 2024 general elections.

“…2024 is going to be fought on everything. It shall be fought on hardship, corruption, increasing public debt with nothing to show for, increasing insecurity, lawlessness, and invasive and pervasive corruption and incompetence we see today with the government," he noted.

Edudzi Tamakloe is optimistic the path to a political victory for the NDC is undeniable adding that the electorate had witnessed the worse of governance in the current administration. He hinted that just as the NDC trumpeted corruption allegations against the Akufo-Addo's second term bid in 2020, the succeeding flagbearer will be confronted with these cases.

The debate on corruption fight was reignited by former President John Mahama during his 'Thank You' tour in the northern part of the country. He had argued that his administration was bold to sanction officials of government who were fingered in corruption scandals, adding that the current government had only been evasive of serious scandals committed by his appointees.

Just after the NDC's press conference which was carried out by Sammy Gyamfi yesterday, the governing NPP has hinted of hitting back through the media another counter press statement to their allegations. The concerns raised by some political analysts is that so much currency has been given to allegations in the country because the frequency at which it is said tends to establish a lasting impression I the minds of the voter about the accused party.