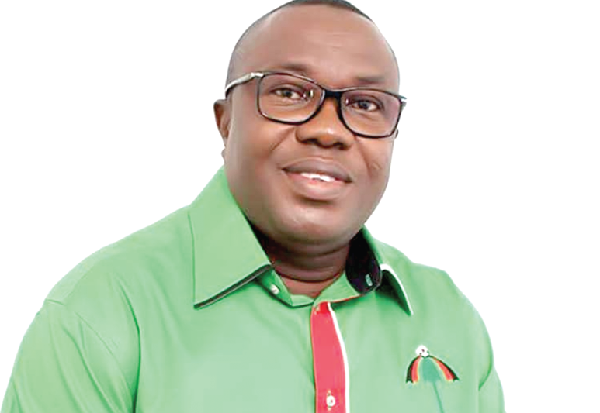 He says the peaceful nature of their ongoing internal primaries buttresses his assertion, adding that the seeming cohesion and unity in the party is due to his hard work as National Chairman.

"I can say as a leader of the party that it was through my effort and direction that we were able to achieve all this.

“Where we have positioned the party now, we believe we make arrangements like we are doing, for the first time we have had branch elections and they were incident free”, he said.

He says he has been able to unite the rank and file of the party since becoming its Chairman, pointing out roles played by flagbearer aspirants, who contested former President Mahama, to buttress his points.

"We gave everyone who contested John Mahama for the flagbearership a job to do. Through that unity of purpose, we were able to perform well at the 2020 polls”, he said in an interview with Accra-based Radio Gold last Wednesday, September 28, 2022.

Such interventions, he points out, have played a key role in the NDC's success at the last elections, where they were able to close the over one million vote gap they suffered in 2016.

Mr Ampofo, who is seeking re-election, also commended the current executives of the NDC across all levels of the party, adding it is through their collective effort that has placed the party to its current position which makes its attractive to the Ghanaian people

"I doff my heart for regional executives and constituency executives. For the past three months, some have not slept at home. They have been crisscrossing between Kumasi and Koforidua

"The emphasis and the work to strengthen the structures of the party that we have been able to get branch executives and it is now left with constituency executives, we are building the party as a war machinery that we can be able to use to win the 2024 elections" he said.