The debate and tussle over the infamous Electronic transactions levy tax (E-levy) appears not to simmer down soon as the Majority and Minority groups in Parliament continues to be divided on its passage. The Majority group led by Hon. Kyei Mensah Bonsu is working harder and relentlessly to get the bill passed after the Finance Minister appeal to the general public was turned down by the NDC.

The Haruna-led Minority Caucus has also registered its resentment over the attempt by the government to impose the pickpocket tax on Ghanaians. According to the Caucus, the NPP government appears insensitive on the bill following the government's arbitrary approach to get the infamous E-levy tax passed by the House. The Minority believes that without further meetings and consultations the policy would not be passed in its current form. 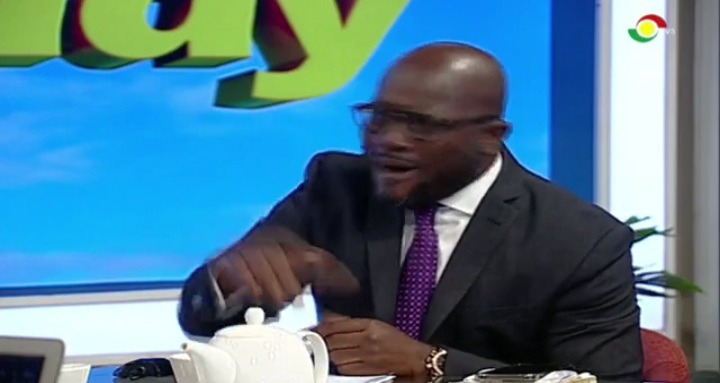 According to the Member of Parliament for Sekondi constituency, Honourable Andrew Egyapa Mercer, he finds it worrying to decipher the reasons underlying the Minority's reaction to the policy proposal. He believes that he wouldn't be wrong to assume that it is am attempting to frustrate government's business to paint a gloomy picture of the administration.

Speaking further, the lawmaker and Deputy Minister boldly dropped his personal findings after myriad of engagements with his people and other Ghanaians. According to him, the essence of the E-levy has been misconstrued and misinterpreted by some opposing communicators from the camp of the NDC. He made this disclosure in an interview on TV3's NewDay show hosted by Berla Mundi earlier today.

According to Honourable Egyapa, the fear of the NDC is that the good works that the E-levy seeks to achieve would keep the party in opposition for years. He was convinced that any rejections or delay from the Minority side is a signal of how fearful they are of the policy.

He said, "The E-levy will be better for Ghanaians than the IMF. It doesn't mean we have not managed the economy well. We all know what happened that have caused this. The only fear of the NDC is that they the E-levy will make Ghanaians love the NPP government."